Top 10 Tips For Your Backpacking Trip Across Europe 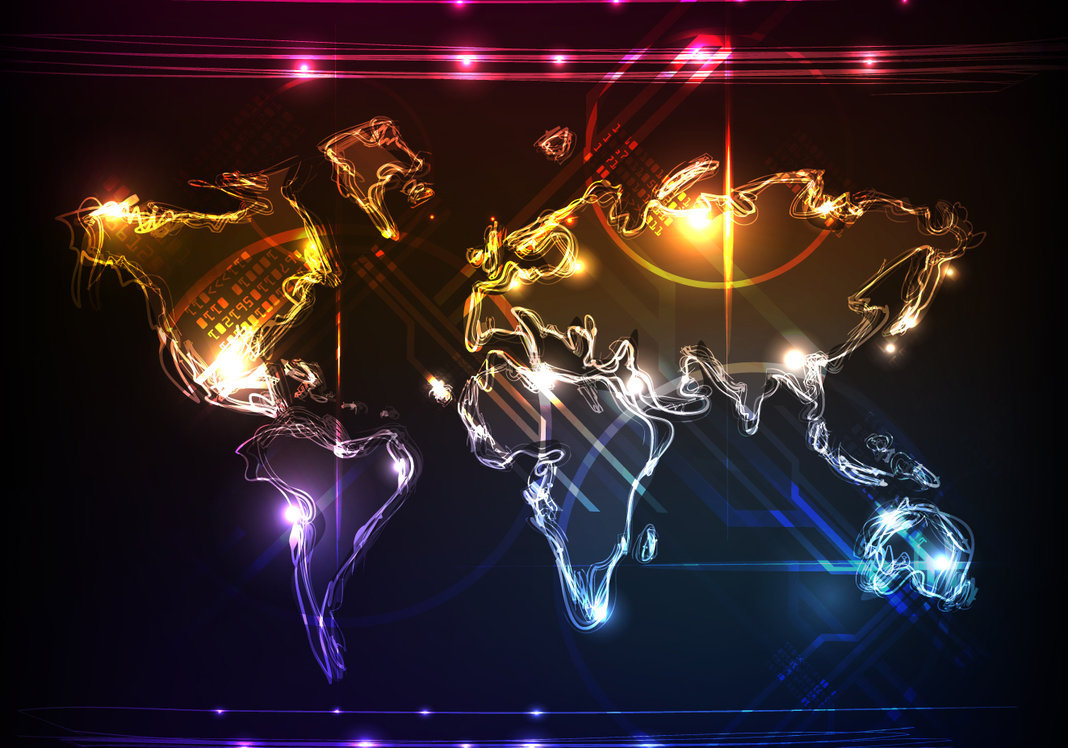 Deciding to drop everything and travel across a foreign continent or two for a few months can be a momentous planning challenge but it doesn’t have to be scary. Follow these top 10 tips for your backpacking trip from a fellow traveller who spent two months travelling across Europe and be well on your way to an awesome adventure. 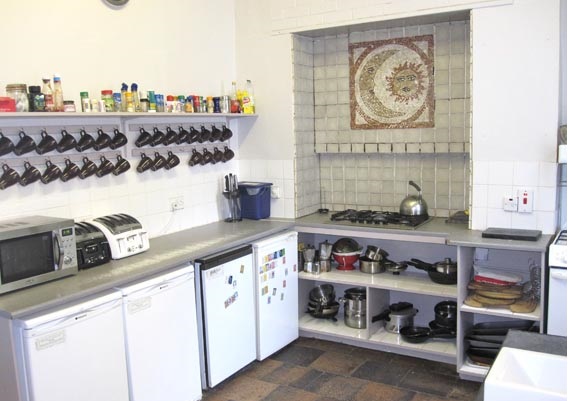 Eating out for every meal for every day can rip through your budget before you know it. Cooking your own meals can help you save money for more exciting events like getting lost in the Catacombs of Paris or visiting the Barcelona aquarium. That’s why choosing a hostel or hotel with a public kitchen is important. If you’re staying for more than a few days at one place, you can even keep leftovers in cheap Tupperware to save even more money.

How Do I Find A Good Hostel? 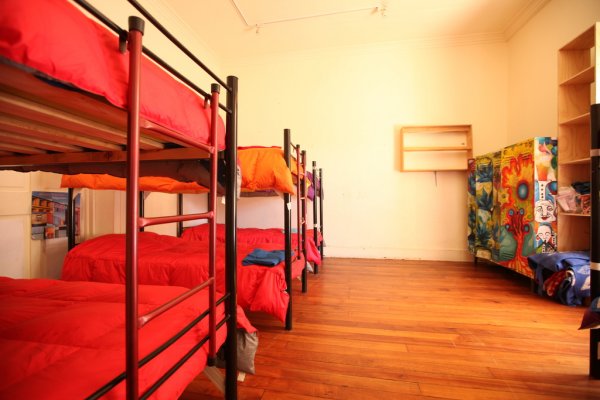 If you have a smart phone, you can use various apps like HostelBookers or HostelWorld to find a place to stay. They usually list whether or not the place has lockers, a kitchen, and laundry facilities. Lockers are important for protecting your valuables while you leave for the day, so make sure to bring your own combination lock or padlock. Just remember, you shouldn’t limit your search to just hostels. When I was travelling, I was able to find an apartment for my five day stay in Turkey for half the price of most of the hostels. The same happened in France, where all the hostels were over-priced but some hotels were dirt cheap. It’s all about keeping your options open. No smart phone? There’s always the tourist center! 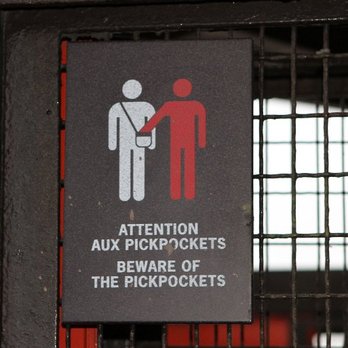 I’d heard all the tales about women who would throw babies at people so they could pick their pockets or children who use cardboard to mask their thieving hands, but I wasn’t prepared for the actual scams that happened. The first scam that got me was a “helpful” train attendant. I’d just gotten to Sofia in Bulgaria and needed to exchange some euros to Bulgarian lev. The train attendant saw me looking around for an exchange office and offered to show me where the closest one was. Now, let me tell you. There are kind people out there in the world but if someone offers to help you while you’re backpacking then likely they want to scam you.

So this gentleman showed me where the exchange office was and then waited and waited and waited. When I got my money exchanged, he demanded a tip. Very insistently. When I tried to put my money away, he grabbed a bill from me before I could stop him and left.

Yeah, it’s not always the baby throwing women who want to scam you. Also be careful of costumed actors who offer to take themed pictures with you. They will charge you afterward. For a more comprehensive list of possible scams, check out this travel site. 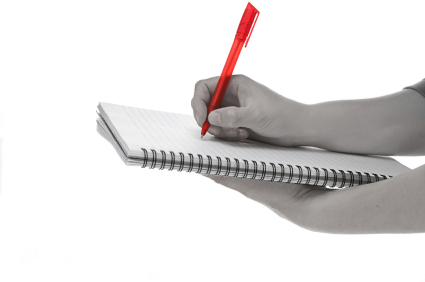 This might seem like a really lame tip but it’s crucial. Know how much money you have for the entire trip and then make a daily limit of what you can spend. Always keep a little extra for emergencies and special activities you might want to do. Mark down every single thing you spend. If you overspend one day, spend under your limit the next day. It will be annoying, it will take time and effort, but it will pay off. I promise.

This journal can also be the place where you write all the day’s events. This can become a special souvenir when your trip is over so you make sure you never forget anything.

Sleeping Bags, Clothing Lines and Pins, and Medicine Kits Will Save Your Life 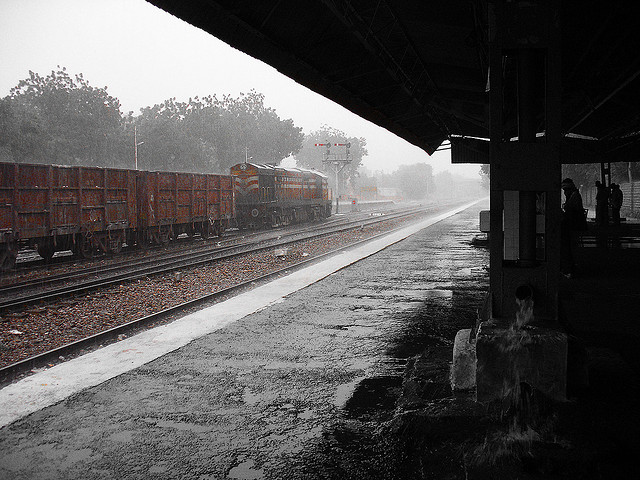 I didn’t plan on catching a cold in Berlin or sleeping on a train platform in icy cold weather, but it happened. Having a medicine bag with aspirin, bandages, Neosporin, and other medicine helped me get out of scrapes (and survive more than one hangover running for a train). The sleeping bag just made situations that could have been hell a little less awful.

If you want to save even more money, you can carry a clothing line and pins with you. Washing your clothes by hand may take some time but will save you a lot of money. Hostels don’t let you use their laundry for free and most times, they have higher prices than other places. Even when a hostel gave me a map to a laundry place nearby, the price was outrageous. Washing by hand sometimes saved me $20 a load.

Murphy’s Law Will Be Your Life 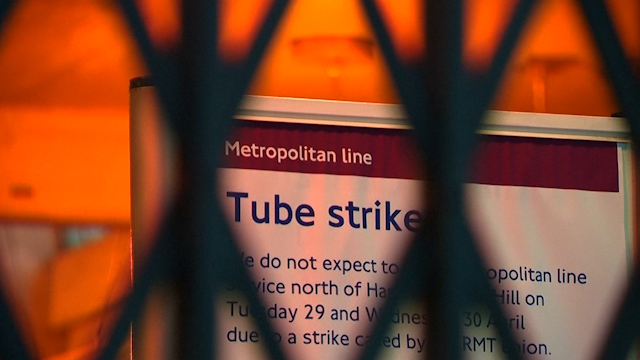 I cannot count how many times the worst happened. My ferry was late causing me to get stranded on a freezing cold night at the train station, or how all of Athens went on strike causing me to have to take a taxi to another city’s bus station, or when the whole London Underground broke down and I had to fight among a crowd of stranded commuters to get the only taxi so I could catch my non-refundable train in time. Plan ahead and be prepared for the worst case scenario. But if the worst happens, don’t let it ruin your vacation!

Pack Light and Your Back Will Love You 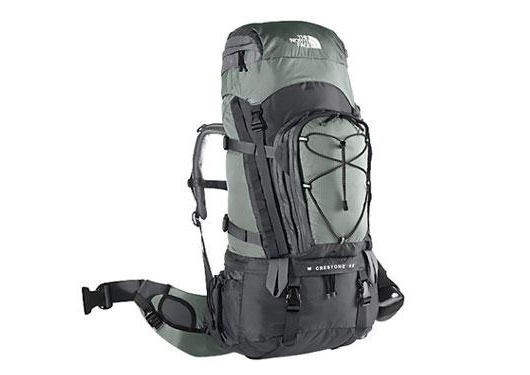 This tip is just common sense but I was surprised at how many people I saw lugging around giant bags, getting stuck in doors, and generally looking miserable. I had a smaller bag and took only a couple shorts, one pair of jeans, four shirts, a sweater, a jacket, and a dozen pairs of socks and underthings. I washed my clothes frequently and never ran out of clean clothes throughout the two months I travelled.

Use a Money Belt 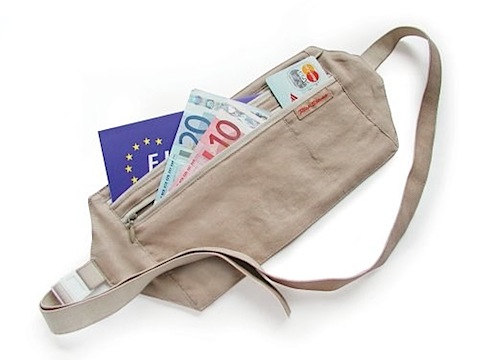 Yeah, yeah, yeah. I can hear you groaning and making a joke about stereotypical tourists. But I was actually staying in a hostel where a tourist kept her passport and money in a purse. She turned her back on her purse for a second and her passport and money were gone. Enough said. Be safe, be smart, and your trip won’t be ruined. Nothing is less fun than having to spend a few days of your vacation in your local consulate. Except for maybe being covered in fire ants. Maybe that’s less fun. 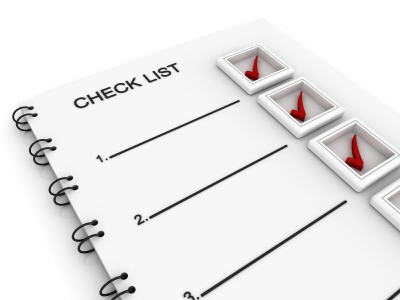 It may seem romantic to go about your vacation with no plans, leaving everything up in the wine…until you’re left in a small town for the night with everything booked up and it starts to rain. That never happened to me but it could have. France was especially bad for having all its hostels and hotels booked and I was even travelling in non-peak season. I started booking farther and farther in advance, still I struggled to find reasonable rates and nice hostels. I could only imagine how harrowing it was for the people who just arrived at the same towns, hoping to find something free.

Make Friends With Your Credit Card

Yes, it is a little dangerous to rely solely on your credit card but there is a reason for it. As long as you get your budget up-to-date so you know how much you’re spending, then using a credit card instead of cash can save you money. How? Most currency exchange businesses have terrible rates, which means every time you go to exchange money, you lose a lot in the process due to fees. Banks are no better and some won’t do exchanges for people who don’t have accounts with them, which means they won’t help you. Credit card companies don’t change their rates from city to city and the rate is usually pretty low as compared to anything else.  Also, most hostel apps won’t allow you to book a room without a credit card so there’s that.

So, with these tips, I wish you safe and awesome travels!