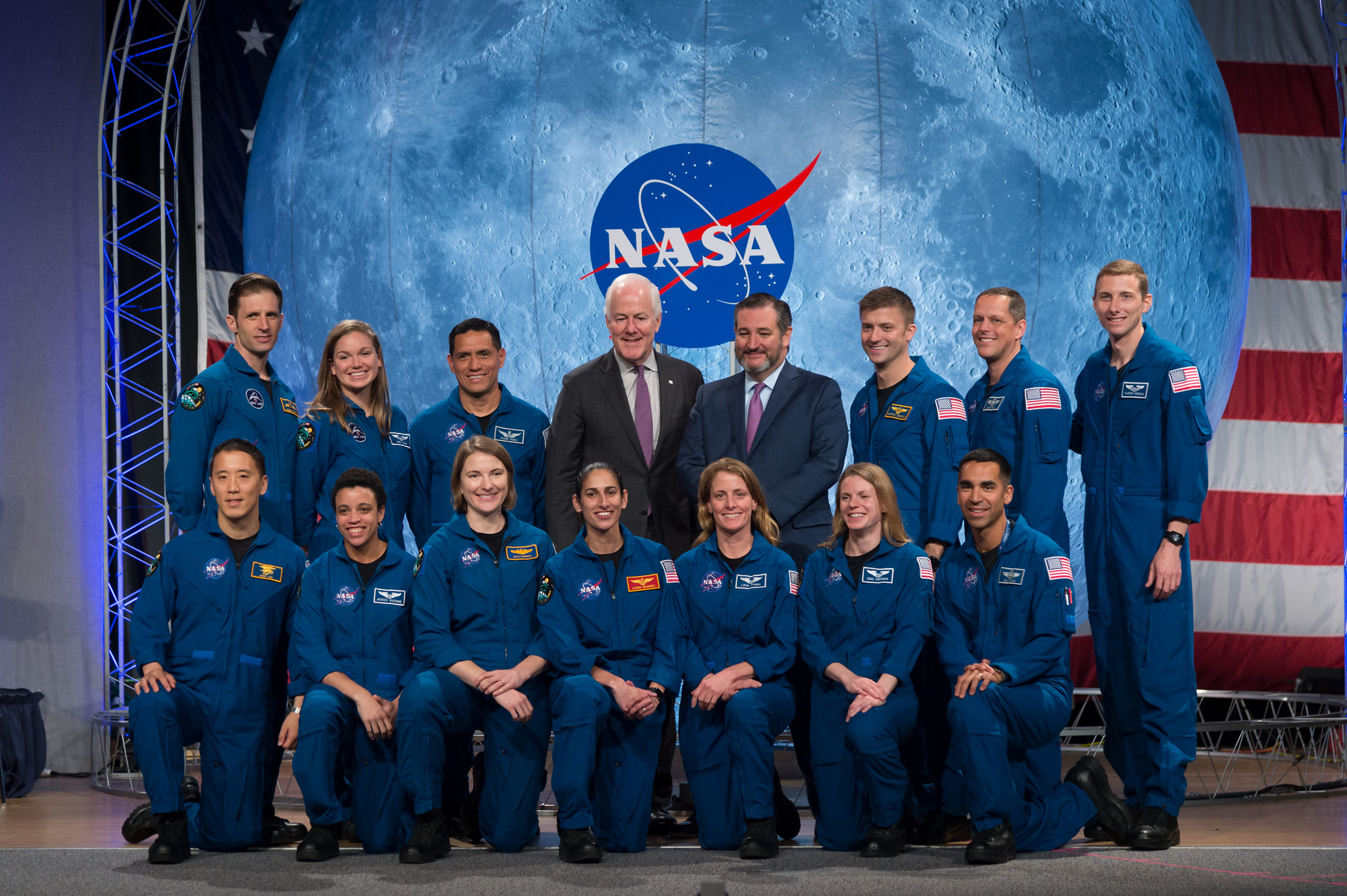 On Friday, January 10, 2020, NASA welcomed 11 new astronauts who are the first to graduate since the Artemis program was announced; and these new plebes are now eligible for space flight assignments.

For those not familiar with the Artemis program, the goal is to land the first woman and another man on the moon surface by 2024; the beginning of further space exploration with commercial and international partners by 2028. There are plans for lunar missions every year. This annual moon missions is the first step in preparation for the giant leap to Mars some time in the 2030’s.

There was a record pool of 18,000 applicants from which these 11 new NASA astronauts  candidates were selected. With this new addition to the corps, NASA now has 48 active astronauts and there are plans to open the application process for astronaut candidates once again this spring.

At the first public graduation ceremony in Houston, TX, NASA Administrator Jim Bridenstine stated: “These individuals represent the best of America, and what an incredible time for them to join our astronaut corps.” He went further to say that “2020 will mark the return of launching American astronauts on American rockets from American soil, and will be an important year of progress for our Artemis program and missions to the Moon and beyond.”

Other notable speakers at the graduation were Texas Senators John Cornyn and Ted Cruz.

Sen. John Cornyn said, “For generations, the United States has been the world leader in space exploration, and Johnson Space Center will always be both the heart and home of human spaceflight activity.”

“I congratulate these exceptional men and women on being the first graduating class of the Artemis program.” Sen. Ted Cruz stated. “They are the pioneers of the final frontier whose work will help fortify America’s leadership in space for generations to come. I am excited for the opportunities ahead of them, including landing the first woman ever on the surface of the Moon, and having the first boots to step on Mars.”

NASA astronaut candidates trained alongside two Canadian Space Agency (CSA) astronauts over the last two years. Listed below are all graduates of the 2020 class.

The 11 astronauts had to complete over two years of basic training. They were awarded a silver pin, which has been a NASA tradition since 1959, when the Mercury 7 were selected. Astronauts who complete their first space flight then receive a gold pin.

Astronaut candidates must go through robust training that encompasses a wide variety of simulation for situations which they will encounter aboard the International Space Station, during space walks, and eventually for exploring the Moon and Mars. Consider that these next generation astronauts will spend more time in space, whether in transit, on the moon, or the journey to and exploration of Mars, than any other human in history.

Their job is dangerous in that they are leading us into the unknown to launch sustainable lunar exploration and build a platform from which we will continue our journey deeper into space. Anyone familiar with beta testing knows that anything can happen when a project goes live and the training wheels come off.

In November 2020, the ISS will celebrate 20 years of consecutive human occupation, which gives us a lot of history and data, which is a lot more than our Apollo and Gemini astronauts had.

Training includes space walking, robotics, ISS Station systems, T-38 jet proficiency, and working in teams. They go through underwater training to simulate zero-gravity, but they also need hands on experience with geological surveys, survival skills, and how to handle emergency situations. One interesting requirement is learning the Russian language.

These astronauts will eventually develop spacecraft and become support teams for those who are already in space. They join approximately 500 other people who have had the honor of venturing beyond our atmosphere.

To the moon and beyond!