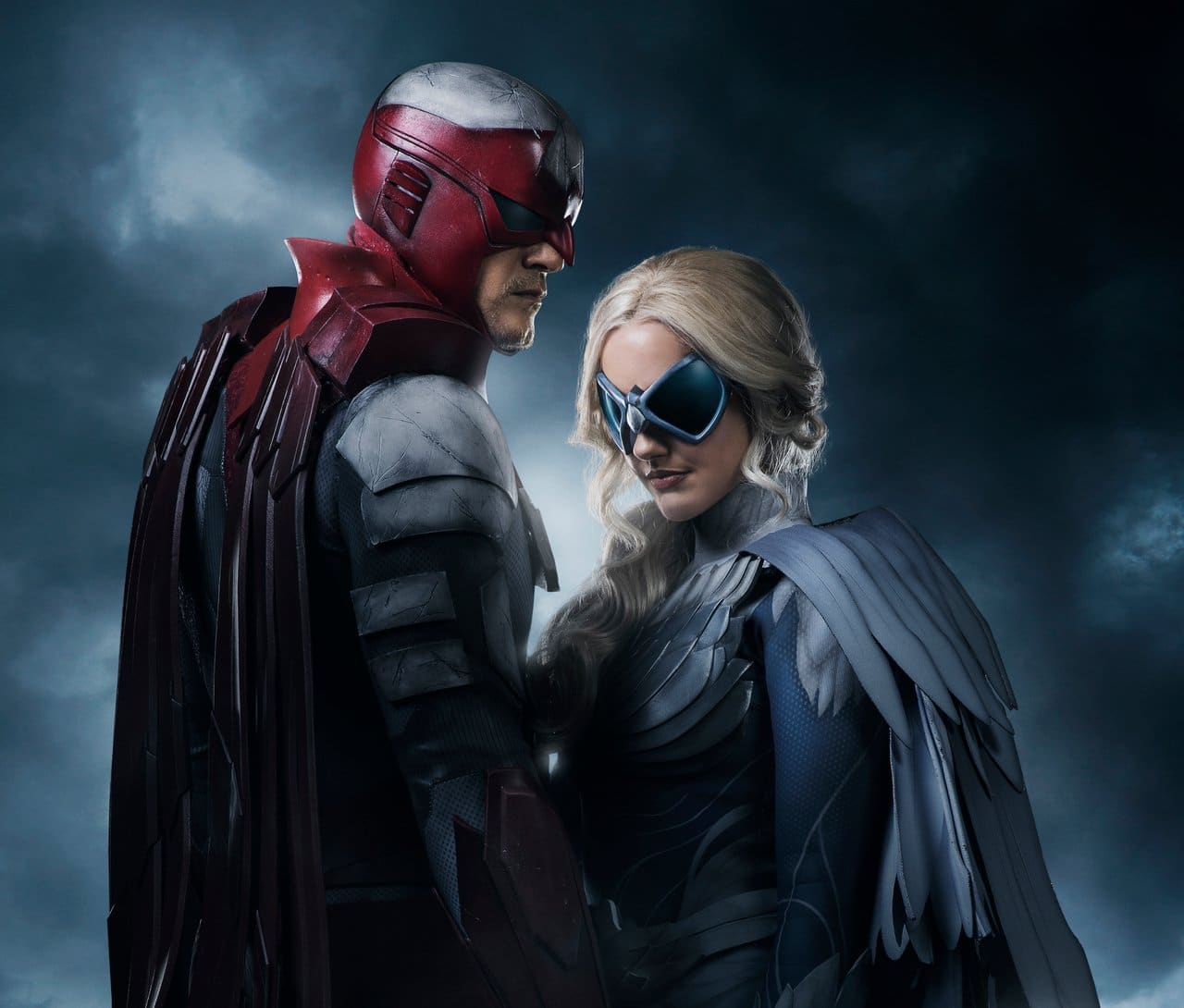 At the beginning of the second episode of Titans, we are introduced to a crime-fighting couple – Hawk and Dove aka Hank and Dawn when they are not out fighting crime. Hawk is played by Alan Ritchson, and we have Minka Kelly in the role of Dove. Our introduction to them finds Hawk in quite the predicament, one he seems to have very little chance to get out of. That is until his romantic and crime-fighting partner Dove shows up and takes care of business and saves him. This is an equal opportunity couple, there are no gender roles here. From what we see of Hawk and Dove, they have been together for a couple of years now and Hawk is dealing with the physical ramifications of his line of work, and there are many. He also is very intent on wiping out a specific enemy, which is compounded by the issues he has with his body.

We Meet a Creepy Family

They are not the only new characters this episode, we also get a glimpse of a strange family that seems to have that perfect family next door vibe. The mother is reminiscent of June Cleaver and there is even a swear jar, indicating that they try very hard to be proper. Creepy comes to mind. And somewhat random in the beginning, but their role in the show will be evident later on in the episode. They are fascinating in a way, especially so when the father gets a mysterious call which goes on to show us that this family’s squeaky clean appearance is not necessarily indicative of who they really are.

Dove and Hawk are tied into the bigger storyline when Detective Grayson shows up at their door with Rachael in tow. It soon becomes clear that Grayson and Dawn have shared a romantic history, which is obviously cause for tension between Grayson and Hank. We’re sure that this storyline will play out later, but for now, it has been shelved. Hank is obviously none too happy to see Grayson showing up until Dawn points out the young girl he has brought with him. Dawn also points out that it would be helpful to have Grayson on their side. It soon becomes clear that Grayson was planning on leaving Rachael with the couple. Although he tries to sell Rachael the story that he will be coming back for her, and that this is only a temporary arrangement until he can figure out what is going on. He does not get to leave though.

The June Cleaver-esque, creepy family we were introduced to earlier has shown up to throw a wrench into everyone’s plans. And if there was any question about whether they are good or bad guys there is no longer. They show up whilst our Titans are standing on the rooftop of Hank and Dawn’s building. And a rooftop is always a formidable place for an intense fight, what with the chance of getting thrown over the side of the building omnipresent.

Without giving away too many spoilers, the family is able to overpower Grayson, Hank, and Dawn. They take Rachael and it becomes clear they are a part of whoever is looking for Rachael so intently. By the end of the episode though, we have another Titan show up and what ensues is pretty epic. The one gripe with this episode maybe that fans wish to see more of the other Titans, but remember this is only the second episode.