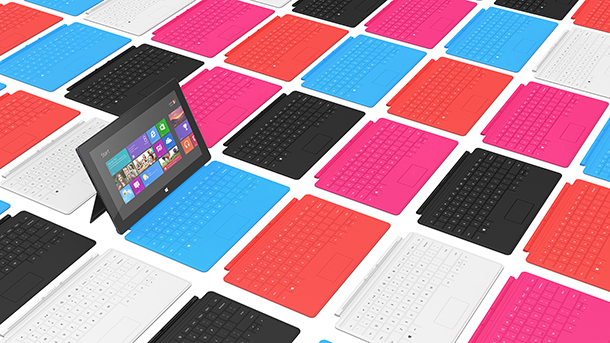 By tech industry standards, it’s been an eternity since Microsoft ascended to dominance in the field of personal computing with its Windows operating systems. It’s thus not surprising that people have typically spoken of them as unfashionable dinosaurs, functional but not innovative. As they push hard for a sizeable share of the booming mobile sector, can they ever truly shake off the stigma that still surrounds them?

Firmly Entrenched but Lagging Behind

Let’s get one thing straight first: no amount of complaining about crashes or updating issues has ever put too much of a dent in the Windows juggernaut. Microsoft have kept their place at the top of the pile, at least when it comes to sheer numbers of laptops and desktops (though critics may point to familiarity, inertia, and a sheer lack of viable competitors as significant contributing factors.) With the business licenses they offload for Windows and Office releases, and the profitability of the Xbox division, Microsoft are unlikely to relinquish their influential position in the tech industry any time soon.

Regardless, it has been clear for a long time that they have a lot of work to do. Their failure to anticipate the rise of the user-friendly capacitive touchscreen device cost them greatly. By the time they gathered some inkling of how all-encompassing mobile computing would become, they were woefully behind their main competitors and still backing the outdated and clumsy Windows Mobile platform. Was it complacency? It seems reasonable to assume as much. Perhaps they had come to think of themselves as so secure in their position that they were untouchable.

While the Xbox line was smoothly received (having been backed early on by big developers and consequently largely unaffected by Microsoft’s image problems), their other endeavors–including the Zune line–never gained much traction in the public consciousness. When Windows Phone and Windows RT came about, they were hampered by a limited store and powerful rivals in the form of Google and Apple. The Surface line, expensive and overshadowed by the iPad, didn’t sell too well.

As we look at their fortunes now, though, we can see that Microsoft are showing some signs of having learned from their mistakes. The Surface RT was a little too expensive, yes, but it was beautifully designed and engineered. With some tweaks to the pricing, and the right campaign, a next-generation Surface line could prove quite successful. Furthermore, Windows Phone has shown signs of growth recently as their alliance with Nokia starts to bear fruit, and offers an interesting user experience using live tiles and bold colours which sets it apart from the broadly similar front-end designs of Android and iOS devices.

To what can we attribute the progress they have made, other than the obvious nearly-unlimited financial backing? I think a key aspect is that they have shown a willingness to try different things and a renewed sense of directional flexibility. They could have forced out something familiar and contented themselves with picking up the scraps left by the big players in the mobile market, but they opted to come up with something new which (while not quite universally loved) at least offers an unparalleled level of cross-platform consistency. Windows to Windows Phone to Xbox, all tiled – if you can use one of them, you can probably understand them all.

Of course, having not really had to fight for popularity for so long, some of their marketing efforts seem a little feeble; consider the Surface-wielding synchronised dance numbers, for example, or this week’s reveal of Internet Explorer (their beleaguered web browser) as a virus-fighting schoolgirl in a downright peculiar anime adventure. There may not be anything inherently wrong with these things, but years of their software being present seemingly by default established Microsoft as representatives of the mundane and the quotidian; there are whole generations who will never see them as fashionable, no matter how much advertising time they devote to youthful figures doing backflips or anything similar.

Ultimately, though, it may be that none of these things will ever negatively affect them to any great degree. After all, while Microsoft will never have the kind of coolness factor that Apple has so carefully cultivated, the positive direction of their market shares seems to suggest that it simply might not matter too much if they can put out sufficiently compelling products. With a little maturity and the steady development of a loyal user base, the mobile Windows platform could well become a real force in the near future.