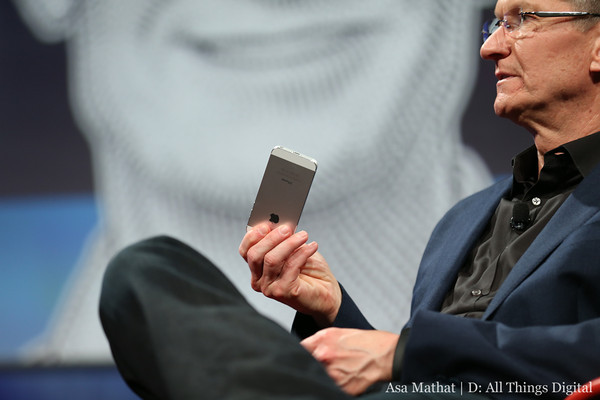 At the D11 conference last Tuesday, Apple CEO Tim Cook justified the company’s policy of releasing just one iPhone model every year, but at the same time added that this policy may change in the future.

AllThingsD’s Walt Mossberg asked Tim Cook a variety of questions during the D11 conference, one of them being why Apple hasn’t offered iPhone variants like it has with its iPod line-up.

When you guys did the iPod, and it was hugely successful – Steve [Jobs] made some wisecrack about how it was good to have a product that was above five percent share, – Mossberg said.

“One of the things you did was to create a range of iPods, at different prices. You wound up with this whole range of things, and you haven’t done that with the iPhone. You’ve never come out with 2 different iPhones for different price points, or regions, or demographics. Why not?”

Cook responded, saying that manufacturing a phone was a more complicated process:

It takes a lot of detailed work to do a phone right when you manage the hardware, the software and the services around it. We’ve chosen to put our energy in getting those right. We haven’t become defocused in working multiple lines.

Cook acknowledged that Apple had handled the iPod differently, but added that it wasn’t entirely certain that Apple had reached the stage where it could serve so many different types of needs.

The nano or the mini played a different role than the classic did. My only point is these products all served a different person, a different type, they served different needs,” Cook said. “For the phone that is the question. Are we now at a point to serve enough people that we need to do that?

Mossberg went on, mentioning that there was a market for large-screen phones, or ‘phablets’. Cook was asked if these variations were enough for Apple to diversify its iPhone models. Cook countered saying there were other factors that would have to be sacrificed to achieve a larger screen, and Apple’s customers don’t want the company to do that.

Cook: A large screen today comes with a lot of trade-offs. Customers are looking at size, but theyre also looking at things like proper color, white balance, reflectivity, battery life, and longevity. Our customers want us to get those right.

However, Cook did not entirely rule out a change in policy from Apple, and hinted that we might just see different variants of the iPhone in the future.

Well we haven’t so far,” he said. “That doesn’t shut off the future.

If that is indeed going to be the case, could we see the strongly rumored budget-version of the iPhone as soon as this year itself? Maybe even this June at WWDC?