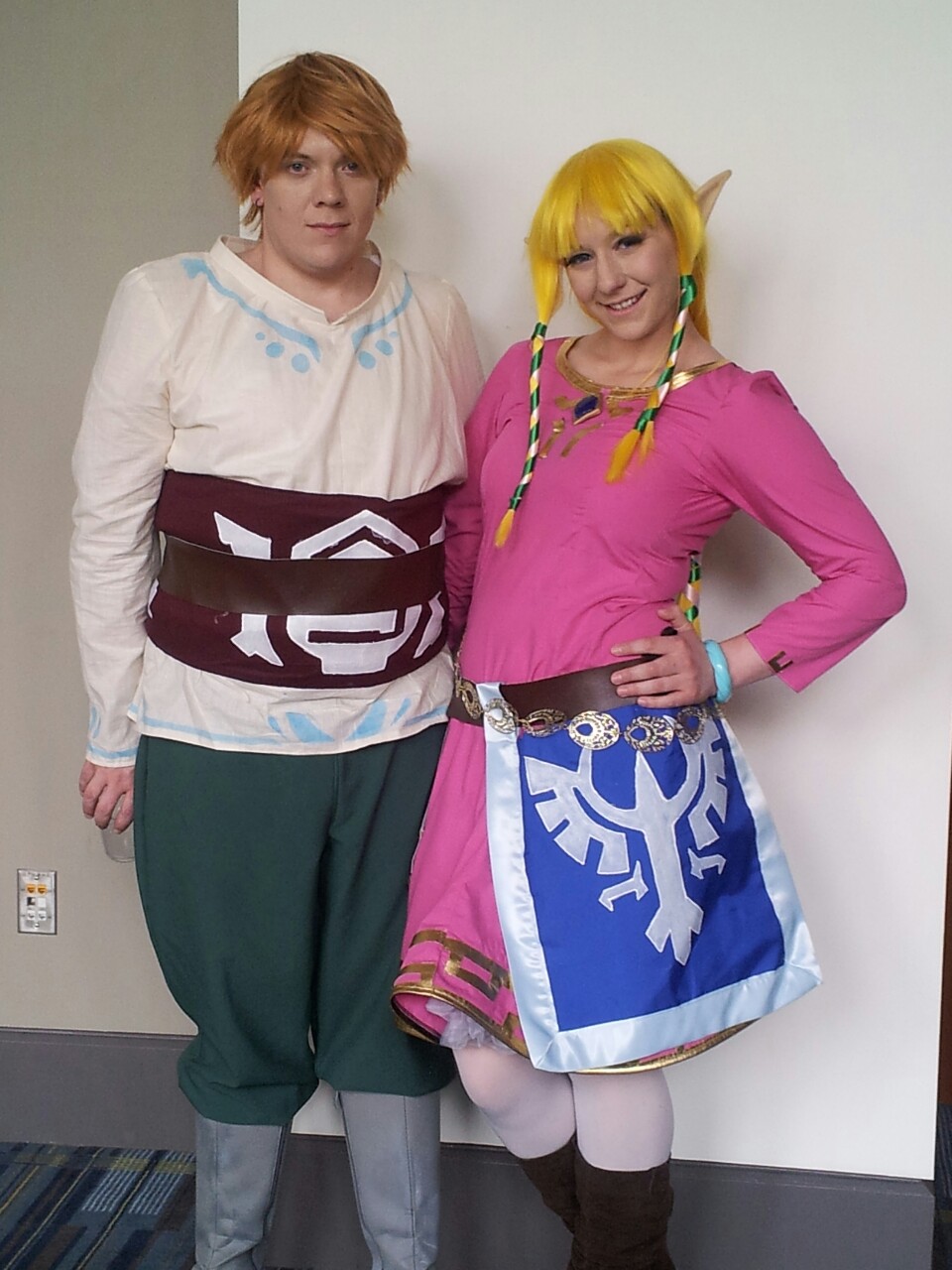 I saw these amazing Link and Zelda costumes at last weekend’s Animazement, and as I got closer to compliment the cosplayers, I realized both outfits were totally handmade. Zelda (check out her photos at Cookie Cosplay here) was kind enough to answer some of my questions about cosplay. 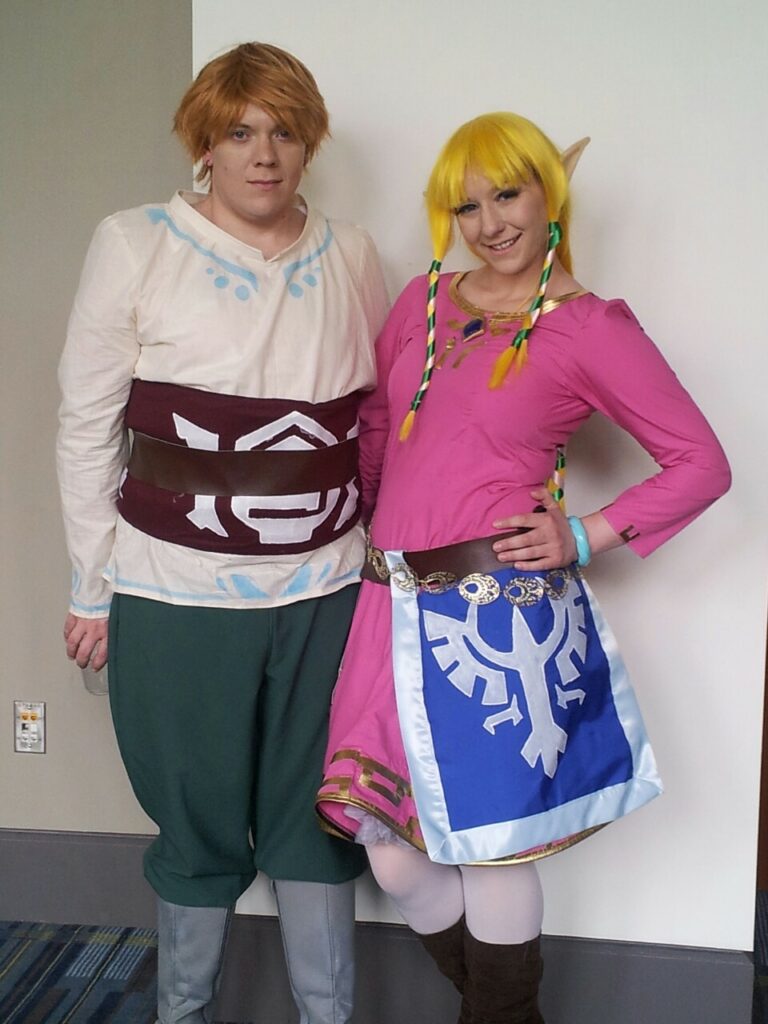 What got you interested in cosplay? What was the first character you chose and why?
I first got into cosplay in 2005. My friend told me about an anime convention up in Durham called Animazement. I thought it was a requirement to wear a costume. So, as I had just finished watching Vision of Escaflowne, I decided to cosplay Merle. It was an atrocious costume, sewn the night before I wore it. I wore a Party City wig because I didn’t know any better. I like to look back at it to see exactly how far I have come.

(The hatred of Party City wigs came up several times with cosplayers over the weekend. Faith, let’s remember this if we dress up for next year’s Animazement!) What can you tell us about making your Link and Zelda awesomeness?

My boyfriend and I enjoy playing video games together and we’d just completed Skyward Sword. Since we wanted to cosplay together at AZ, I figured a Link and Zelda would be great. I wanted to do something a bit different rather than just have the traditional green tunic. We decided on the Skyloft versions. After the decision, I went to JoAnns and collected all the supplies for both of them. Which wasn’t the best idea, as nothing I bought was on sale!

Joshua’s costume was made over the course of a weekend. I made stencils out of paper for all the fabric paint designs, but sadly I’m not too talented in the painting department. [Ed note: She is lying. The stenciled pattern looked amazing!] My Zelda took me a bit longer, maybe 2 weeks. And everything I did backfired. I probably spent more time being mad at myself for not doing something one way than actually making the costume. As with all of my more recent cosplays, I hand drafted all of the patterns.

We like that too! What’s your creative process? Do you usually start by finding a costume part and building the outfit around it? Or do you start with the character you like and look for supplies?

I have always selected my cosplays by deciding first on whom I want to make and then going on the arduous task of collecting materials. Sometimes it takes me months to complete a costume because I just can’t find a specific part of it. There’s only one exception to this. I looked at material I had and realized I had everything to make a costume, from wig to shoes.

I talked briefly about the “fake geek girl” frenzy when I interviewed Em from IGGPPC. As a woman in game development, it’s hard for me to ignore the attacks directed at female geeks.  A lot of that fanboy fury has been directed at cosplayers, whether it’s attacking girls for fake fandom or using cosplay as an excuse for creeping. As someone so invested in an artistic hobby, does it affect your enjoyment of the hobby and the fandom?

I personally try to avoid the negativity coming from people saying girls don’t game, etc. The one thing about my hobbies are that they make me happy. People who try to insult or degrade me because of them aren’t worth my time. I try my best to ignore the haters and focus more in the enjoyment of the hobby.

Thanks so much, Cookie! For everyone who missed out getting to see these amazing Link and Zelda outfits in person, you can check out more of Cookie’s costume photos online.