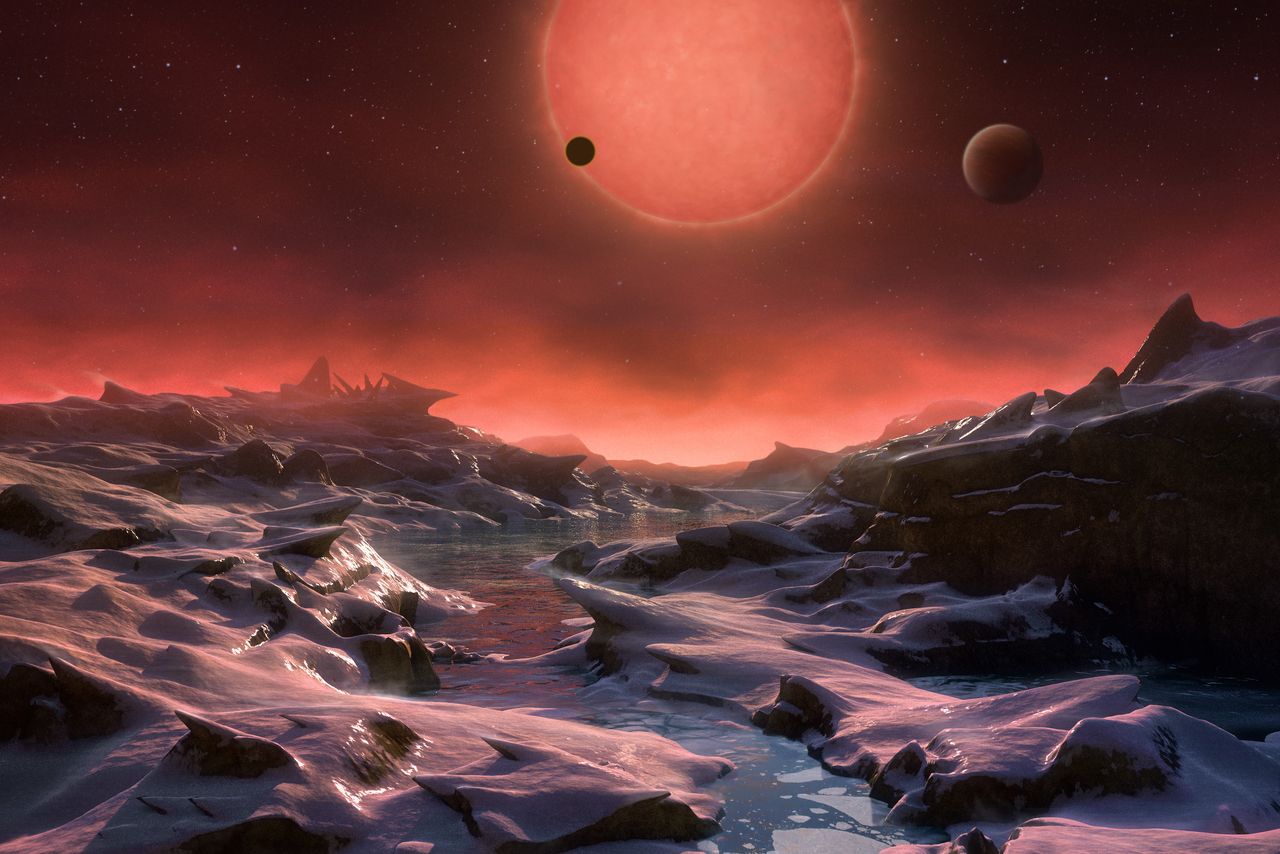 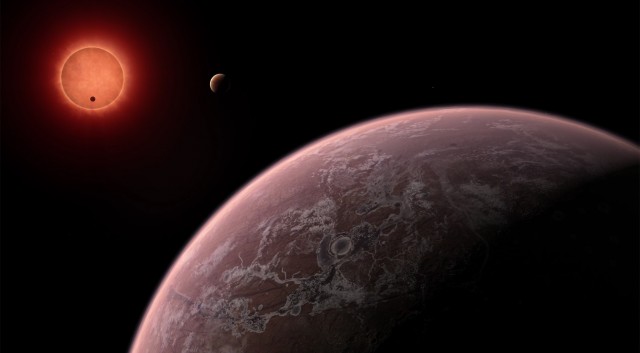 Scientists have discovered three earth like and potentially habitable planets in the orbit of a dwarf star named Trappist-1. Scientists have determined the possibility that these planets may be habitable by observing the orbit of these three planets. As the planets orbit, the star blinks and dims out of view and this dimming is used to calculate the planets’ size and distance from their host star. These metrics are closely tied to planet composition which help to determine if a planet is composed of ice, gas or if the planet is rocky like earth as well as if the planet is capable of hosting liquid water.

The amount of radiation that the planets receive is a few times greater than what the Earth receives. While the first two of the three planets are perhaps a little too close to facilitate water on their surfaces, it is possible that certain regions may have water on them. This would mean that some simpler forms of life could and may have evolved.  Whether or not the planets contain and are able to facilitate life also depends on other factors such as geothermal activity and cloud cover. The third of the three planets is the most distant and the orbit of the planet has not yet been determined, which means that it is very possible that it could be located in the perfect and ideal orbital range necessary for life and water.

The dwarf star of the system has made this discovery quite exciting. Trappist-1 is a mere one eighth the size of the sun of our solar system, which means also that it is much cooler. The dwarf star being a smaller star means that the chances that the proper type of atmosphere necessary in supporting life is greater. Never before have scientists discovered rocky planets in this type of system which now has raised a lot of eyebrows. The team has already begun using the Hubble telescope, which should likely help to better assess the atmosphere of the planets very soon. In 2018, the much larger James Webb Space telescope will launch and be used to help collect better data.