The World’s Richest Women and How They Got That Way 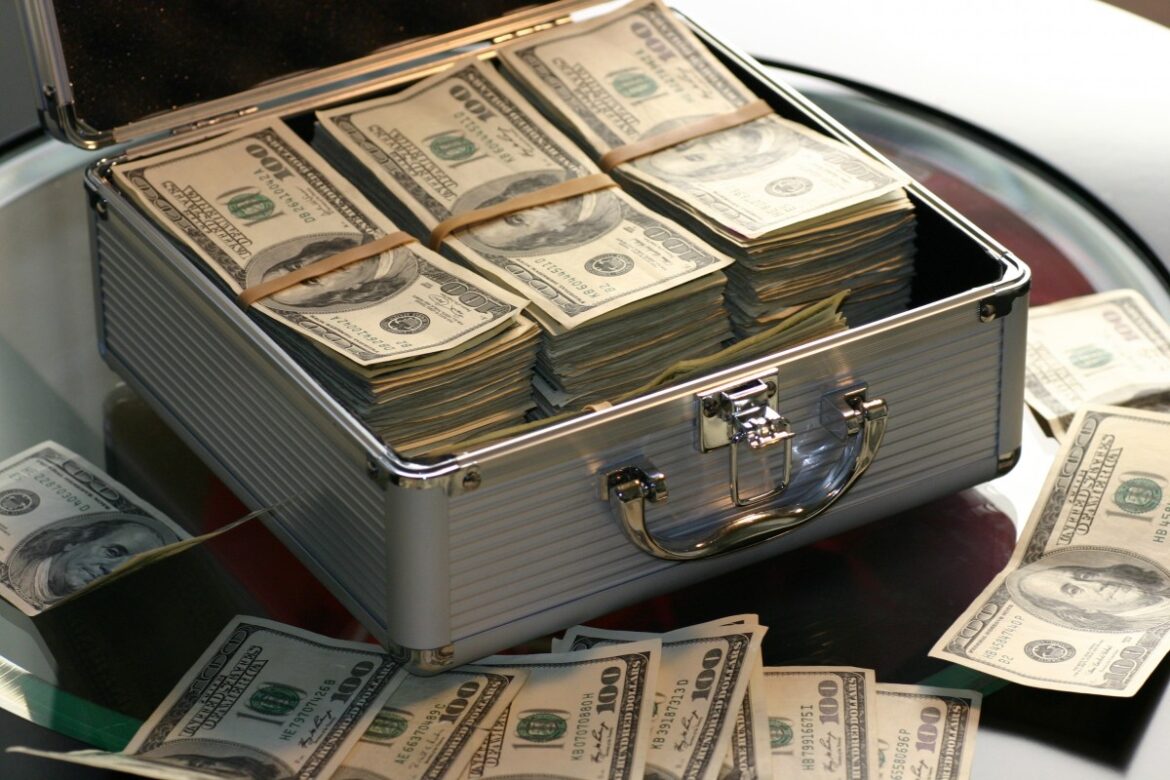 Just like the prominent world richest men, there are numerous wealthy and influential women across the globe. However, some of these women live under the radar, making it hard to recognize the vast amount of wealth they have amassed. Below is a detailed list of the wealthiest women in the world and some brief background.

Richest Women in The World

Wang, 55, from China, was declared the youngest self-made billionaire in the world in 2014. Now, her wealth has soared significantly from her co-owned Luxshare Precision manufacturing company, which generates about $9.3 billion. Wang insists that the wealth didn’t come easy for her as she once worked as an employee for more than 10 years. Wang serves as the chairperson of Luxshare and has a net worth of $8.5 billion.

Not much is known about Lu,79, as she recently made it to the top wealthiest women list. Currently, Lu Zhongfang is the world’s third-richest self-made woman who has seen her wealth grow significantly over the last few years. Most of Lu’s $7.2 billion wealth emanates from Office Education Technology, a training firm she started with her son to help students in Civil services.

Siu-Hing, 93, is the current director at Sun Hung Properties, founded by Kwok Tak-Seng, her late husband. Tak-Seng’s shares were transferred to the wife upon his demise, making Siu-Hing the owner of almost half of the company’s shares. In 2008, Siu-Hing became the company’s chairperson and now has a net worth of about $12.1 billion, according to Forbes.

The 70-year-old Swedish owns a third of TetraLaval and is currently the director of the British Bloodstock Agency. Although Kirsten never married or bore a child, the businesswoman and philanthropist is considered one of the richest in Sweden worth $14.7 billion.

Abigail, 61, joined her father’s company immediately after completing her MBA from Harvard University. She started with regular office jobs at Fidelity Investments and became CEO in 2014 and the chairperson two years later. Abigail also holds a quarter of the company’s stake that contributes to her $26.7 billion wealth and a top rank among the most powerful women in the world.

Yajun, 58, has struggled to reach this position as she started as a factory worker in her earlier days. She later worked as a journalist and editor when she combined effort with her husband to found Longfor Properties. This development placed Yajun as the richest woman in China, although the status changed after she divorced her husband in 2012, plummeting her stake in Longfor to only 45%. However, Yajun has made her come back a few years later as the world’s richest self-made woman and amassed a total of $18.8 billion in wealth.

Charlene, 68, originates from the Netherlands but married a British financier named Michel de Carvalho, with whom she has five kids. In 2019, Charlene was named the wealthiest person in the UK with about $13.5 billion. Surprisingly, Charlene also happens to be the daughter of Freddy Heineken, the business mogul from the Netherlands. In 2016, his company, Heineken Industries, was named the second-largest brewer globally. Nonetheless, Charlene had no interest in joining the company until her father’s demise. She acquired a quarter of Heineken and is one of the wealthiest women in the world, with a total net worth of about $16.7 billion.

Gina, 68, is known for overturning her late father’s company from bankruptcy to profitability. Her father, Lang Hancock, owned Hancock Prospecting, which was on the verge of bankruptcy when he died in 1992. Gina took over the business and made it a success after that. 20 years later, Gina became the richest woman globally, worth $29 billion. Today, Gina Rinehart is the Executive Chairman at Hancock Prospecting with an estimated net worth of about $28 billion.

Zhou, 52, had a dream of becoming a prominent fashion designer and started her own company at 22 years. She married one of her colleagues at the company, with whom they and a daughter, and later divorced. In 2003, Zhou founded Lens Technology, a major touchscreen maker, which seems to be earning her a good fortune. Now, Zhou is the chairperson at Lens Technology, and her net worth stands at about $13.8 billion.

Zhong, 61, studied Chemistry at Jiangsu Normal University and graduated in 1982. Three years later, she left her teaching job to join her husband’s company. In 2019, the duo made a whopping $1 billion through an IPO. Today, Zhong owns more than 75% of the company, placing her net worth at about $19 billion. The couple is still happily married, and the husband, Sun Piaoyang, is a billionaire and head of Jiangsu Hengrui Medicine.

Rounding out the top 10 is Laurene Powell Jobs, 59, the wife of the late Steve Jobs, Apple’s co-founder, CEO, and chairman. Laurene ran the Emerson Collective, which plans and organizes investment and philanthropic activities. Moreover, when Steve died in 2011, Laurene took control of his $11.5 billion shares from different companies. Laurene still runs the Emerson Collective and is worth $20.2 billion.

Iris, 80, is the wealthiest person in Chile, with a net worth of $20.7 billion, most of which she acquired after her husband’s demise in 2005. Iris also inherited her husband’s company but let her son run most daily activities. However, her decisions about the company’s direction are always considered.

Fan, 55, is married to billionaire Chen Jianhua, chairman of Hengli’s Holding Company. Fan’s profession played a significant role in building the business, and she is currently the chairperson of Hengli Petrochemical. Her total net worth stands at $15.7 billion.

Klatten, 60, started as an advertiser in the Young & Rubicam agency and later furthered her marketing studies at Buckingham University. After her father’s death, she inherited half of all Atlanta shares and later bought the entire company. Klatten’s mother passed on in 2015, leaving all the family’s shares at BMW to her. Today, Susanne Klatten is a divorced mother of three worth about $29.5 billion.

Jacqueline, 83, has a degree in anthropology and is a member of the Mars family. Now she, along with her two brothers, shares the company her parents started. The heiress and investor is worth $44.5 billion.

Huiyan, 41, is the daughter of Yang Guoqiang, founder and chairman of Country Garden Holdings. Moreover, she owns 55% of the company’s shares, making her an influential figure in China and once the youngest billionaire globally. Huiyan holds a Bachelor’s degree in Arts and has been happily married since 2006. The majority shareholder in Country Garden Holdings is worth $33 billion.

Julia, 60, rose to the ranks of the world’s richest woman after inheriting her late husband’s wealth. David Koch was among the top ten wealthiest people in America when he died in 2019, leaving all his wealth to his wife and children. Julia’s acquisition of a 42% stake at her husband’s company made her the richest woman in 2020, with a net worth of about $53 billion. Now the wealth has soared to about $62 billion.

Alice, 73, belongs to the Walmart family and is one of the siblings to feature in the list of the 20 wealthiest people in the world. The Walton siblings are the primary heirs of Walmart, the world’s largest retailer. Today, Alice is worth $65.4 billion, acquired through her tenure at Walmart and other investments, including an Art Museum and an investment bank.

The fight for the wealthiest woman is ongoing, but Francoise Bettencourt Meyers, 69, takes the crown for now. Francoise is a prominent writer mainly on religious matters and a grandchild of Eugene Paul Louis Schueller, L’Oreal founder. The company transferred to Francoise’s mother upon Eugene Paul Louis Schueller’s demise and later to Francoise after the mother died in 2017. The significant stake in L’Oreal made Francoise the wealthiest woman globally and the 13th richest person in the world with a net worth of about $84.5 billion.