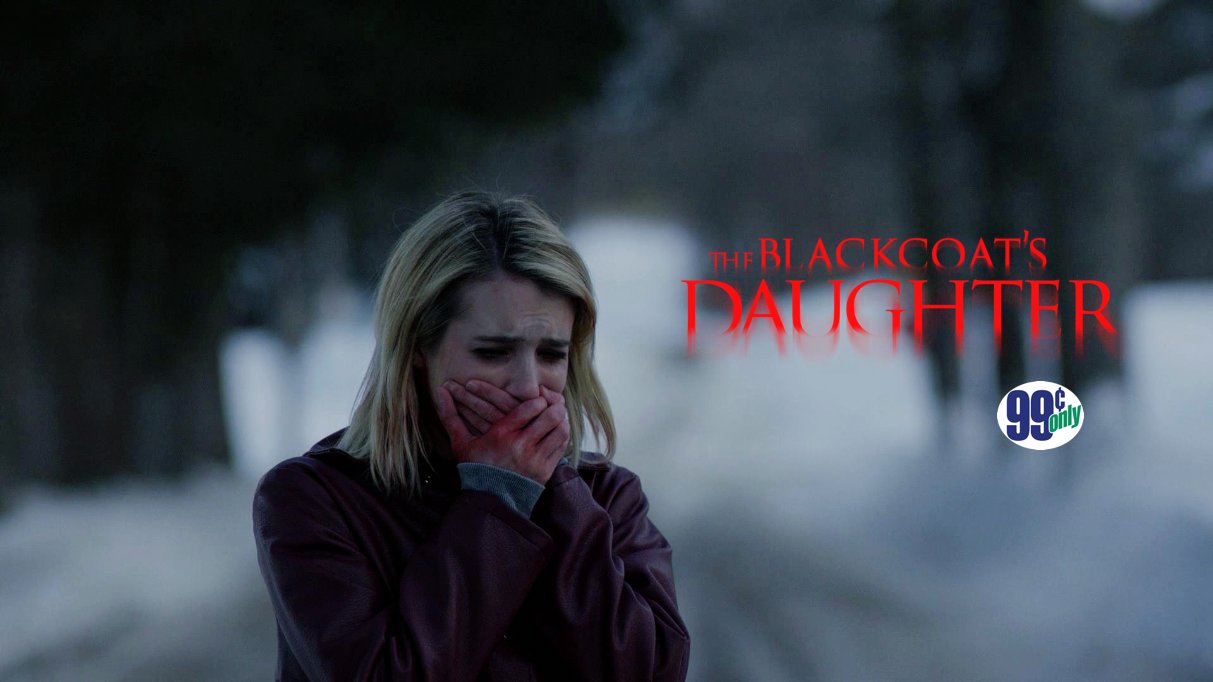 The featured $0.99 flick this week is a Jon Hamm/Rosamund Pike starring crime thriller from acclaimed director Brad Anderson. It’s called Beirut. I can’t tell you much about it, but I will say that I’m a firm believer in Anderson’s talents, and encourage you to see all of his movies. Same goes for Jon Hamm, who’s becoming one of those actors that I’d happily watch read a phone book for an entire movie. That being said, it’s finally October, which means you’re probably already picking candy corn out of your teeth … and looking for movies to fill your 31 Days of Horror slate. Don’t fret, the folks at iTunes got your back, and they’ve slid a bevy of spooky flicks into their “Movies You Might’ve Missed” section for October to prove it. So …

This week, an icy winter gets even bleaker at an isolated girls school when an evil spirit stalks a young woman in The Blackcoat’s Daughter.

They’re Not Going To Call

When their parents fail to collect them from a posh Catholic school during winter break, Kat (Kiernan Shipka) and Rose (Lucy Boynton) are left to roam the empty halls until other arrangements can be made. For Rose, it’s a welcome chance to sort out a serious personal problem, but a menacing entity has more sinister plans for the socially awkward Kat … whose connection to a mysterious drifter named Joan (Emma Roberts) may prove more troubling than anyone can imagine. So goes Oz Perkins’ deeply unsettling, slow-burning thriller The Blackcoat’s Daughter. 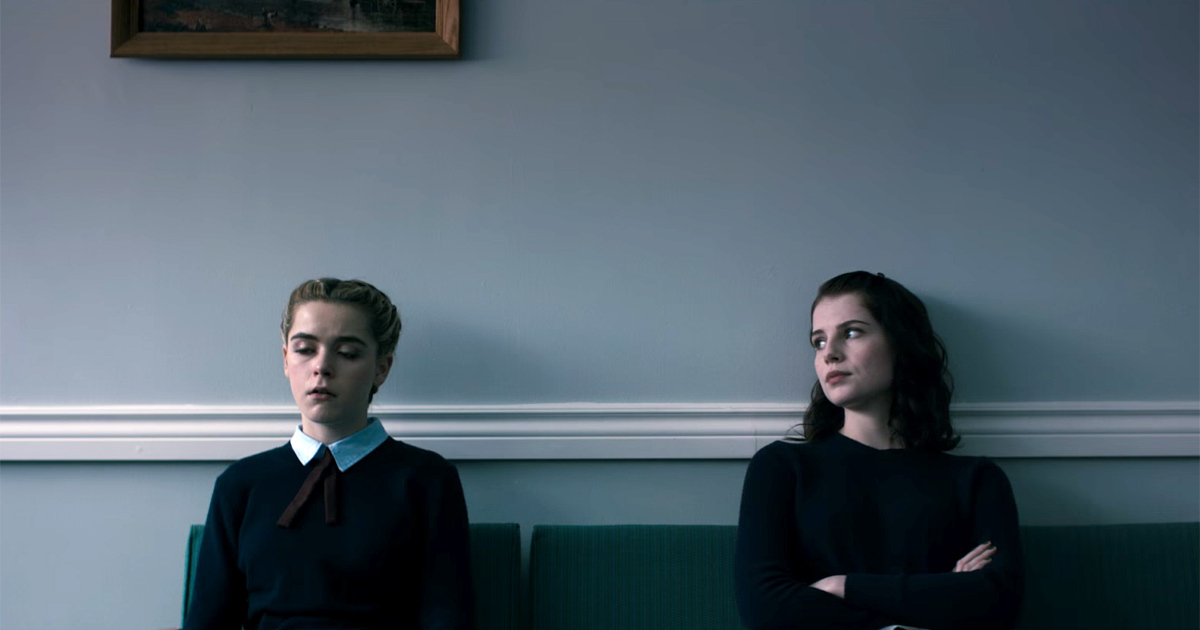 Tell Me We Can Be Together

People may try to tell you that there are a dozen or so disparate sub-genres in the horror genre. We’re not entirely inclined to disagree, but realistically there are only two stylistic approaches when setting out to craft a ghoulish narrative amongst those sub-sets: 1) going all in on a frenetic display of blood and gore and timely jump scares, or 2) eschewing those most basic of horror tropes (thrilling as they often can be) in service of brooding, atmospheric scares built around a character’s personal dramas/traumas.

On rare occasions, a film comes along that strikes a unique balance between these stylistic choices (see Halloween, The Shining, The Exorcist, The Witch), and conjures a truly unsettling depiction of cinematic horror that refuses to leave your mind for months, or even decades after first viewing. The Blackcoat’s Daughter is one of them.

That may come across as too high praise for Oz Perkins’ haunting directorial debut for some. Again, we’re not entirely inclined to disagree. The Blackcoat’s Daughter is not very likely to claim a spot amongst the all time genre greats anytime soon – if only because the film’s intensely methodical pacing will prove a bit too off-putting for less seasoned horror enthusiasts. Still, Perkins’ icy thriller should easily claim “underrated classic” status with genre gurus who appreciate a meticulously executed, doom-fueled mood-fest that knows exactly when and how to make all the brood and blood matter. 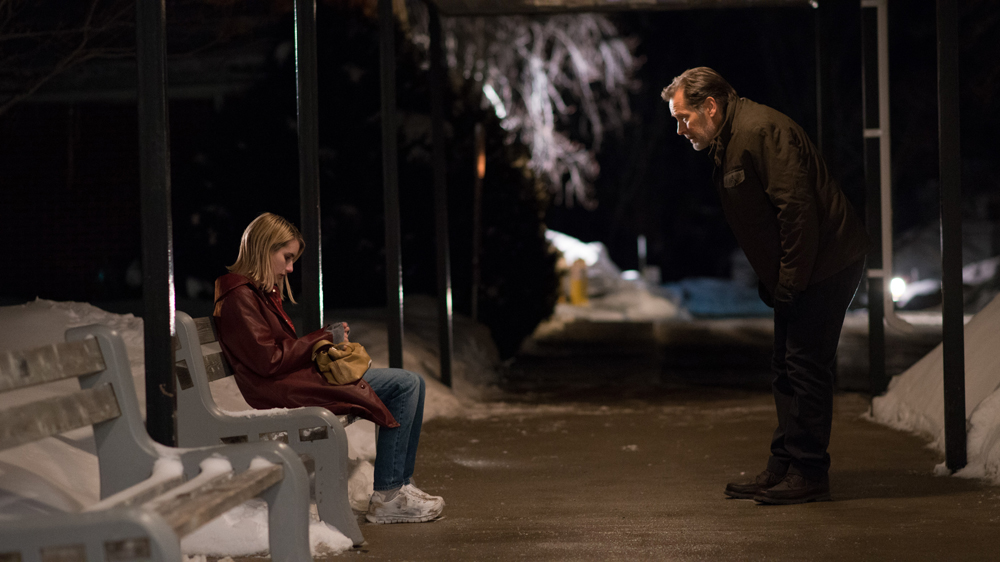 Please don’t mistake that last sentence. When The Blackcoat’s Daughter aims to shock it absolutely succeeds, and when it brings the blood, it does so in unrelentingly brutal fashion. The impact of those moments is amplified to near agony by the way Perkins draws you into the personal dramas of the film’s characters (played to perfection by Shipka, Boynton, and Roberts) – not to mention by the way he ingeniously weaves together his seemingly unrelated narratives.

Of those narratives, we’ll simply say that they’re never quite what you think they are, that Perkins imbues each with a near suffocating sense of atmospheric dread, and that he gracefully leads them toward a finale that would be utterly heartbreaking … if not for the uncompromisingly grim circumstances surrounding them. Perkins seems to take particular delight in the ghastly duality of that ending, letting it linger in the ethos long enough for its oppressive anguish to crawl inside your head and take root for eternity, thus ensuring The Blackcoat’s Daughter will do the same.

Hell. Yes. The Blackcoat’s Daughter is far from perfect – it probably puts a bit too much emphasis on the slow part of “slow burner” – but it’s vividly realized, cleverly executed, and uncommonly rich in both atmosphere and character. That makes it an absolute beast of a horror film that satisfies on virtually all fronts. Paired with a rental price of just $0.99, The Blackcoat’s Daughter is a perfect a fit for your “31 Days of Horror” fest … so long as you watch it at night, with the lights off, and with the volume all the way up. Trust us.

Just FYI – if you’re looking to set up a truly bone-chilling Halloween doubleheader, Oz Perkins followed The Blackcoat’s Daughter with an equally slow-burning beauty by the name of I Am The Pretty Thing That Lives In The House … and you can currently catch that marvelous little flick on Netflix. Be sure that you do.