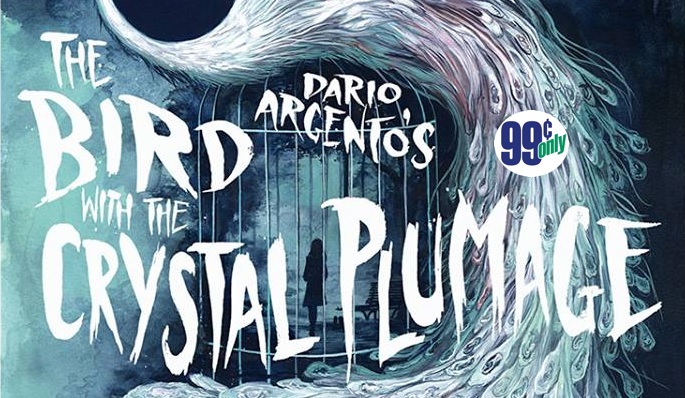 Ok, the featured $0.99 flick this week is a dew-eyed, faith-based drama by the name of I Can Only Imagine. I can’t claim to know anything about this film, except that Dennis Quaid is in it, and that it’s about the songwriter behind the best selling Christian single of all time. As it is currently October (AKA Spooky Movie Season), that’s sort of all I really want to know. Especially since the folks at iTunes have packed their “Movies You Might’ve Missed” section with all manner of frightful delights. So …

This week, a writer becomes the target of a killer after witnessing a crime in Dario Argento’s landmark Giallo classic The Bird with the Crystal Plumage.

Bring on the Perverts

Down on his luck and almost out of money, Italian-American Sam Dalmas (Tony Musante) has finally decided to give up his tired life in Rome and head home to New York. Those plans change when, just hours before his flight, Sam witnesses a brutal attack at a local art gallery. Now the star witness (and possible suspect) in the ongoing investigation of a string of recent murders, Sam must find a way to clear his name, and possibly even help solve the perilous mystery of The Bird with the Crystal Plumage … assuming of course he doesn’t become the killer’s next victim first. 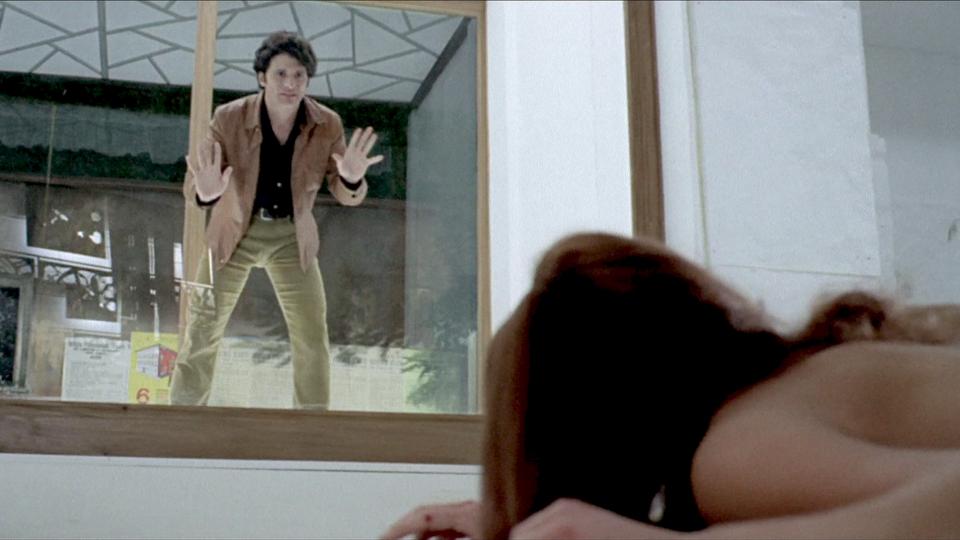 It’s a Peaceful Country, Nothing Much Ever Happens There

We’d like to assume that you know who Dario Argento is, and that because you know Argento’s name, you also know about Italian cinema’s Giallo horror sub-genre. Just in case you don’t, we can tell you that Giallo films are stylish, sexy, violent movies that feature unstable killers (masked and gloved), and tend to use the police procedural/thriller setup as the framework for more traditional “slasher movie” narratives. We can tell you as well that Dario Argento was at the forefront of the Giallo movement throughout the ’70s and ’80s, and that The Bird with the Crystal Plumage is the film that saw the iconic auteur of the macabre perfect the Giallo formula.

That formula was originally visualized by another iconic Italian auteur in Mario Bava, whose brutally stylistic 1964 thriller Blood and Black Lace laid the gruesome groundwork for the Giallo style, influencing virtually every single genre filmmaker that came after. Count Argento amongst that group. And know that Blood and Black Lace‘s imprint is stamped all over his The Bird with the Crystal Plumage – straight down to his depraved murderer’s black leather hat/coat/gloves ensemble, and a stunning third act twist that might seem a little familiar to fans of Bava’s classic.

Still, as much as he borrows from Bava’s groundbreaking effort, Argento’s The Bird with the Crystal Plumage not only matches that film for thrills and chills, but boldly surpasses it in terms of style, mood, and narrative ambition. It helps of course that he had legendary (and future 3 time Oscar winning) Italian cinematographer Vittorio Storaro behind the camera to guide the film’s immersive, expressionistic visual palette, and positively inspired point-of-view photography … not to mention chilling contributions from another Italian legend in composer Ennio Morricone (himself an eventual Oscar Winner).

With so much talent in tow, one would think Argento had it a little easier than most when he first rolled cameras on The Bird with the Crystal Plumage, but you’d probably want to think twice after considering that this was the director’s feature film debut, and that he had a paltry $500,000 to make the film. Needless to say, every dime of that budget is up on the screen, and with it, Argento skillfully crafted a savage, sexy puzzle box of a film with enough scares to make you squeal and as much style as any debut feature in history … maybe even more.

You bet. Stylish, savage, and sophisticated well beyond the likes of its Giallo peers, Dario Argento’s The Bird with the Crystal Plumage is nothing short of a slasher horror masterpiece. It’s an absolute must see for any true genre fan, and is likely to enthrall horror neophytes just as much. Whatever side of that coin you live on, count yourself lucky that you can catch this pitch-perfect thriller for just $0.99.