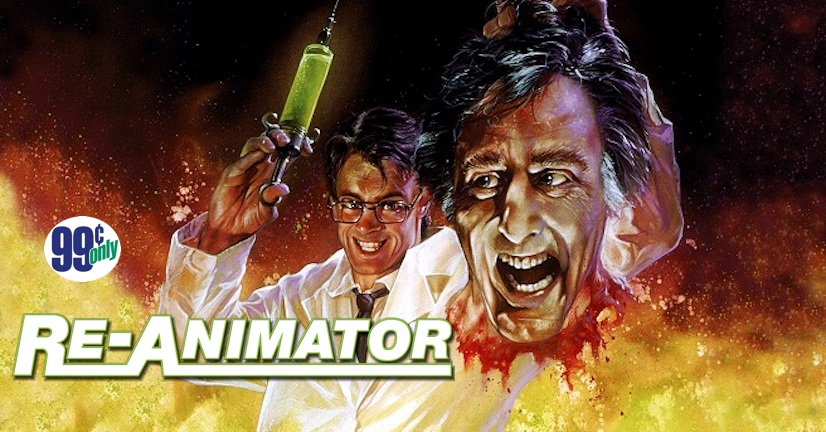 Right then, the featured $0.99 movie this week is Steven Soderbergh’s, Claire Foy starring thriller Unsane. I can tell you without a doubt that Soderbergh’s latest – which he shot entirely on an iPhone – is one of this year’s best, and most disturbing movies. It’s absolutely worth that $0.99 rental price. So let’s be clear about something, if you’re only going to rent one $0.99 movie from iTunes this week, you should probably rent Unsane. But if you looking to rent two, well, the folks at iTunes Movies have stocked their “Movies You Might’ve Missed” section with all sorts of spooky treats to help you fill out your 31 Days of Horror marathon, including a stone-cold classic of the splatter horror genre all the way from 1985. So …

This week, the dead walk again (and do lots of other wickedly twisted things) when a mad scientist’s wild experiments begin to work in Re-Animator.

For up-and-coming medical student Dan Cain, life is really starting to come together. He’s breezing through med school, he’s earning the respect of his doctor peers, and he’s engaged to the lovely and intelligent Meg (who also happens to be the Dean’s daughter). Yep, Dan’s life is shaping up nicely … until the mysterious Doctor Herbert West arrives from Switzerland with a few insane theories about bringing the dead back to life, and a groundbreaking new serum to prove his theories right. Sort of. Welcome to the bonkers, bloody world of Stuart Gordon’s cult classic Re-Animator. 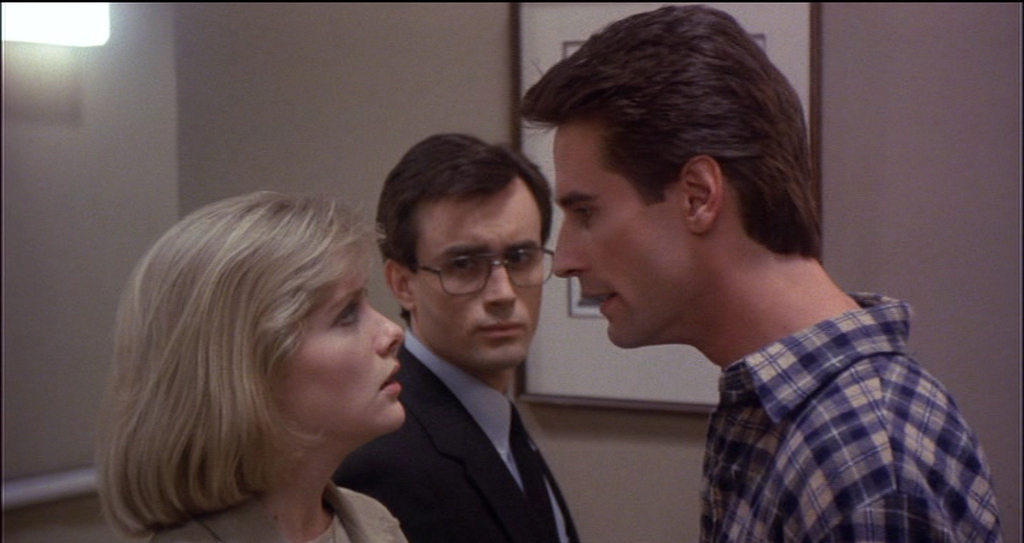 No, I Gave Him Life

By bonkers, what we actually mean is absolutely bat-shit crazy in ways that average human beings cannot even begin to fathom. Rest assured that Stuart Gordon is not an average human being, and Re-Animator proves the fact beyond any doubt. Gordon opens his splatter opus with shockingly bloody bang, and he closes it with a nightmarishly gory finale that pushes the boundaries well past the tipping point of decency. With the moments in between, he somehow manages to tell a chilling tale of scientific hubris unchecked that should satisfy fans of both Mary Shelley’s gothic masterpiece Frankenstein and the best of George A. Romero’s blood-drenched zombie flicks.

While Re-Animator clearly borrows elements of those lauded horror fictions (Frankenstein in particular), it folds those elements into a narrative wholly its own. That has a lot to do with the fact that the film’s source material is a classic short from master of the macabre H.P. Lovecraft, who takes the Frankenstein formula and spins it into a pseudo-zombie fable of science run amok. First printed as a serial in 1922, Lovecraft’s Herbert West – Re-Animator is regarded by many (Lovecraft included) to be some of the author’s least intriguing work, lacking the gothic dread and detail of his later work. It is, however, also recognized as one of the first modern horror tales to visualize the living dead (i.e. mindless zombies possessed of animalistic urges) purely as a product of science.

Given Lovecraft’s own disliking of the work, one might rightly be able to assume then that Gordon (with co-screenwriters Dennis Paoli and William Norris) felt less than beholden to the author’s vision in adapting the work. In fact, they make no bones about altering Lovecraft’s narrative by adding a romantic subplot, transferring the story into the modern age (circa the mid-80s), and playing a little freer with the science/gadgets involved. Unsurprisingly, Gordon stays true to the seedier portions of that source material (rife with disembowelments, re-animated severed heads, and walking corpses galore), using those elements as the jumping in point for a tongue-in-cheek gore-fest the likes of which moviegoers in 1985 had never seen before … and have rarely seen since.

What can we say of that gore except it was executed entirely with practical effects, and that it remains as shocking today as it was over 30 years ago when Re-Animator arrived in theaters with a dreaded X-rating. Of course, that rating has as much to do with a certain legendary scene involving a nude woman and a live, severed head as it does with the gore. Of that scene (which plays equal parts horrifying and hilarious), we can say only that if Gordon had been attempting to guide Re-Animator with any sort of moral compass prior to writing/filming it, well, he smashed that compass to bits when the scene came to fruition.

Let’s be honest, though, nobody’s lining up to see a giddily b-movie-tinged flick like Re-Animator in hopes learning a lesson. No, if you sit down for a screening of Re-Animator, it’s more likely you’re looking for the opposite. Gordon and Co. are more than happy to appease, delivering a brutal, appallingly gory little film that – fueled by a psychotically screwball narrative and deliriously unhinged performances from the entire cast – attempts to, and largely succeeds in shocking viewers at every stomach-churning turn. And trust us when we tell you that remains as true on first screening as it does on the tenth. 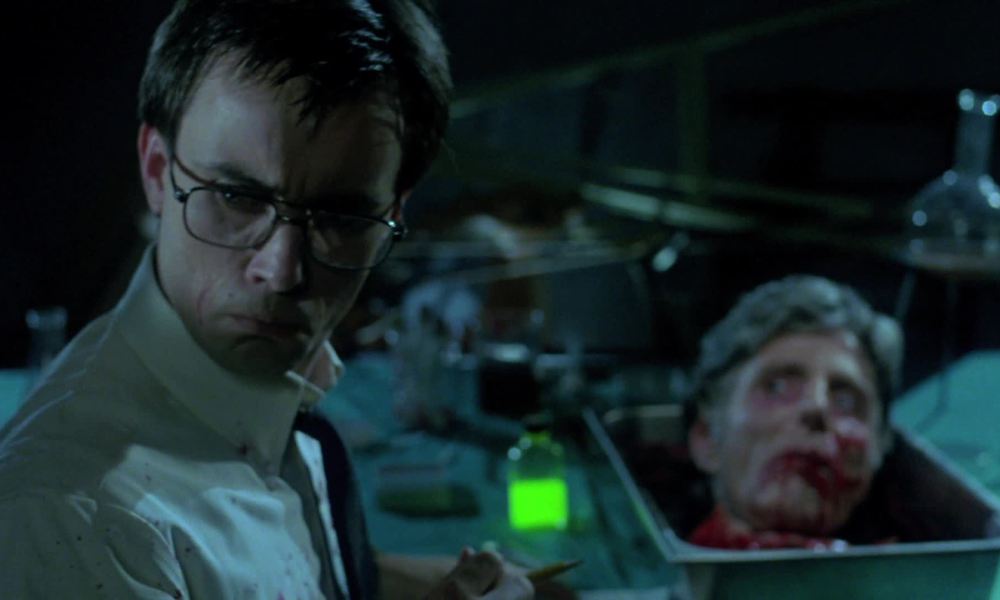 You bet. But please heed our warnings that Re-Animator is not for the faint of heart or weak of stomach. To put it mildly, there are things in this supremely twisted little horror movie that you simply cannot unsee. That being said, we know there are lots of you who demand exactly that from your horror flicks, and if you count yourself amongst them, then Re-Animator is sort of your unholy grail. And you absolutely cannot afford to miss it at a cost of just $0.99.