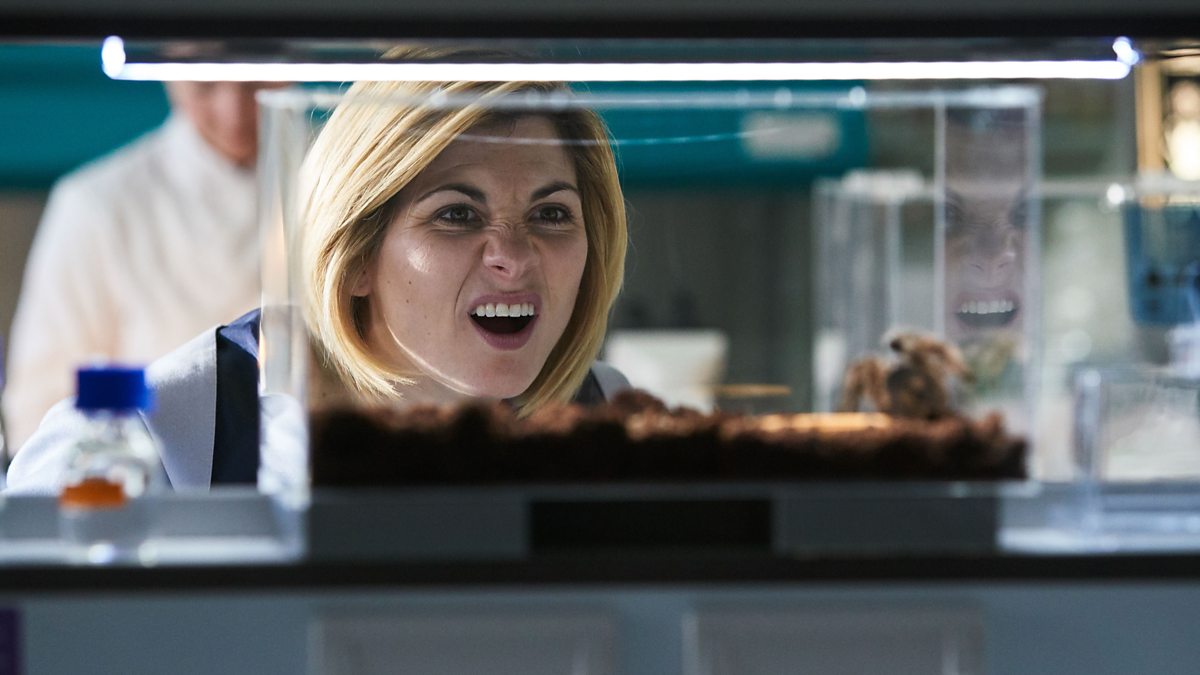 Doctor Who Season 11, Episode 4: “Arachnids in the UK”

The word “home” can evoke many different images and feelings. For some of us, home is a happy and safe place that’s shared with those we love. For others, home may not be very pleasant. And then there are those poor souls who don’t even have a home at all.

And then there are those who once had one of those happy, safe, love-filled homes we all want and need, and, technically, they still do. But things just aren’t the same. Maybe, like Graham, the person that made home such a special place isn’t there anymore. Maybe, like Ryan, the ones that are supposed to provide a happy home just aren’t capable of doing so. Or maybe, like Yaz, the same people are there, but it just doesn’t feel right anymore. The circumstances at home may not have changed–but maybe we have.

The Doctor doesn’t really have a home. Gallifrey stopped being her home even before it was apparently lost in the Great Time War (but not really; check out the 50th Anniversary special from a few years ago to find out more). And the TARDIS is really just a big, empty box that she flies around in (yes, I know it’s also a sentient being, but that’s not the point). She has companions, but no one that sticks around long enough to be considered family. So, at the end of the day, she’s practically homeless.

That’s why it makes sense that, after the Doctor keeps her promise and brings her three new friends back home, they decide to get right back on board the TARDIS for more adventures. She warns them that they’ll never be the same after traveling with her, but they’ve already changed–so much so that home just doesn’t feel like home anymore. We know that the Doctor doesn’t function well as a solo traveler (remember The Waters of Mars?), but I think her three new companions need her just as much as she needs them.

Besides, if this week’s monsters don’t scare them away for good, nothing will. I’m generally okay with spiders—they’re not my favorite, but they help keep other bugs away, so they’re actually good to have around (in very, very small numbers). And I loved reading Charlotte’s Web as a kid, so I don’t want to kill something that might one day save a poor, defenseless farm animal.

But even I draw the line at spiders that are big enough to saddle and ride. And, thanks to a greedy American businessman (more on him in a moment) who decides to build a luxury hotel on a former coal mine that he’s also filled with toxic waste, the super-spiders have been growing and mutating and have taken over the hotel and the surrounding area. Several unfortunate people end up suffocating in spiderweb cocoons (which would be a downright awful way to go) before the Doctor and the others can trap the spiders and end their lives as humanely as possible.

None of the spiders—not even the queen—is the scariest creature we see. That ignominious distinction belongs to Jack Robertson, the odious, slimy, disgusting asshole who not only causes the spider outbreak with his shady business practices but refuses to take any responsibility for it (or anything else, for that matter). Not only does he create an environmental catastrophe to save a few dollars, but he throws his bodyguard to the spiders to save his own skin. He also pulls a gun on the queen spider and violently kills her instead of letting the Doctor euthanize her peacefully (because that’s how Americans handle things, of course). Oh, and he’s planning a run for president in 2020 (because why not?).

After surviving all of that, home would seem like the logical choice for our trio of human travelers to want to be. But it’s just not the same anymore—they’d rather take their chances with the Doctor than go back to their same old lives. Which really aren’t the same anyway. And I guess that’s the point.

You can find the rest of our Doctor Who season 11 recaps here.