The Second Coming of Fleabag 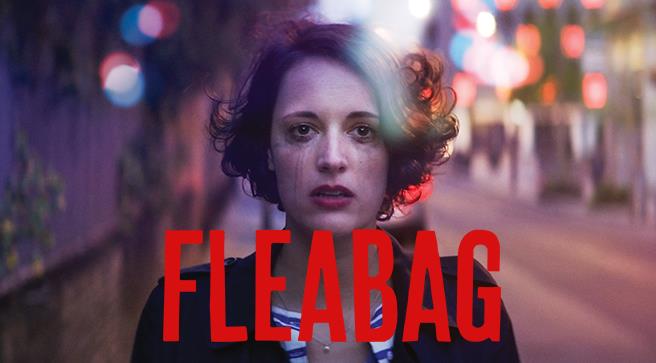 With the new season of Fleabag edging towards our collective arseholes, you might be wondering how one could top such a lurid display as the first. The 6 episode flirtation with our glorious leader was equal parts beguiling and bedraggled. The very first scene that lit the fire anon: witnessing a late-night triste with a very hot man. Parting in tenderness, her mental train leads to the question “Do I have a massive arsehole?”

It was unexpected, brash, and totally endearing. Watching Fleabag break the fourth wall to draw us in is spectacular and hilarious, throwing the series wide open and sets up the thrust of our heroine.

Yet what drives us initially, watching our protagonist flaunt and flirt her way around London, is usurped by the moments the mask slips. She isn’t as carefree as it would first appear.

Colouring in a modern-day feminist—who might just be a bad one—Fleabag navigates the boundaries of her own fragile ego, whilst existing in a world that cries out for perfection. She rebels against it, seeks to understand it, ultimately tries to keep up with it. The messages are everywhere. A newspaper Fleabag is reading holds the headline ‘Has The Word Feminism Become Dirty?’ next to an advert where a woman lays on a bed in her pants, legs spread. The advert is for a mortgage. These blink and you miss moments are the Easter eggs that reward repeat views. It also subverts the look of joy she hurls us when her toothy bus-suitor remarks “I’ll be sure to treat you like a nasty little bitch.” 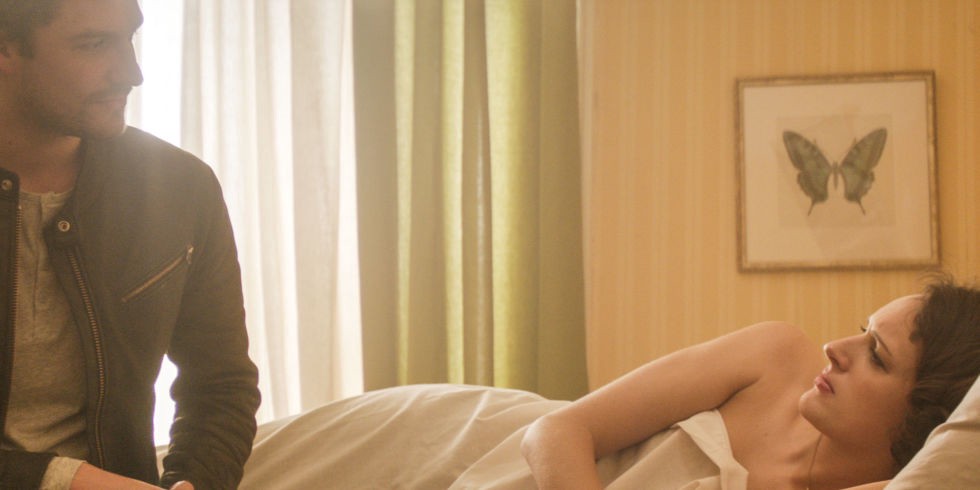 “I am not obsessed with sex. I just think about it all the time.”

Fleabag’s approach to sex and the “performance of it” plays with the societal and media-driven narrative of sexual relevance and self-worth. Sex becomes a dance of power. Fleabag deals in power, even if she doesn’t always come out on top. It becomes the bedrock of social interactions. Yet so often it is what we see, rather than hear, that disassembles or devastates.

As an original 10-minute one-woman theatre show, it was elongated to a 1-hour performance for the 2013 Edinburgh Fringe Festival. It even won the Fringe First Award. Here, the one-sided and unreliable narration of a broken narcissist is the only lens an audience could peek through. Her narration gives us unique details that she feels are important. On stage, her perspective reigned. In television reality, our gaze is less controllable.

Our collusive relationship with Fleabag in series one shows a woman who is seemingly at home in her sexuality. She is candid, open, beckoning you in. As the pieces slot together, however, the world falls apart. Sex is not so freeing as one would think, and she is not quite the puppeteer she imagines.

Ultimately, the power of sex becomes a millstone. Our collusive relationship becomes tarnished when we find out Boo’s boyfriend cheated with Fleabag herself. She no longer wishes to engage with us. Fleabag’s embittered final speech about being desired (“either everyone feels like this a little bit and they’re just not talking about it, or I am completely fucking alone”) delivered to the loan officer isn’t directed to us.

It is telling that she chooses to tell this person her deepest darkest fears. It shows she is ready to face the world rather than spill her narrative falsities to an unseen friend who is always on her side.

This playful narrative does more than encapsulate who a woman is—or wants to be. It shows the myriad personas that we portray daily. Fleabag—for all that she is selfish or foolish or bad—has turned us inward on so many occasions. Even her cold sister (Claire) and meek father have moments of strength and warmth that take you by surprise and prove people are complex. 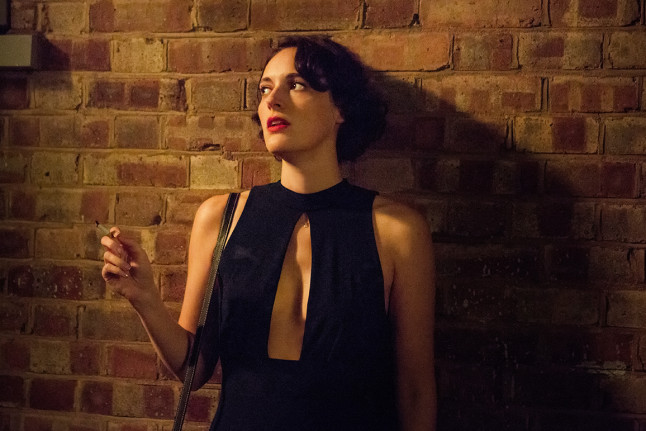 When we are thrown full pelt back into the flea-niverse 317 days, 19 hours and 26 later, something is changed. This is not an emancipation story, however. This is the tale of a woman getting to grips with all that she could not face in the last series. But can she do it?

The rebirth of Fleabag is an exciting prospect. The sexy priest is even more exciting! No doubt you have heard whispers on Andrew Scott’s role in the forthcoming episodes, and it will not disappoint. The relationship between the two is well-rounded, more than all her priors. An equal footing established despite the different paths they are coming from. She doesn’t mess with him in the same way she has done in the past. There is a genuine affection, and the chemistry that Waller-Bridge and Scott bring to the screen is completely undeniable. 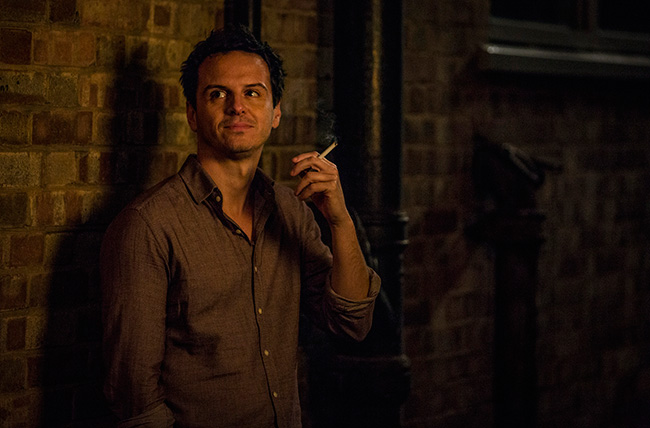 If the first series charted sex, power and social relationships, this second series dives headlong into how to reorganize and create a more wholehearted life. Fleabag’s approach to love is derisive in the first series, though she does appear to want it. Her hot not-boyfriend (who we shall name only by “fucked me up the arse”) admitting he’s in love with someone else throws her. Add to this the final showdown with her stepmother (Olivia Colman), and you have yourself a breakdown from which the only way is up.

The religious themes and iconography within the second series may appear blasphemous to the uninitiated. Certainly, her designs on the priest are not pure. Yet it is so very fitting when you look at where Fleabag has come from and where she has to go.

This Advert is perhaps the finest in existence. 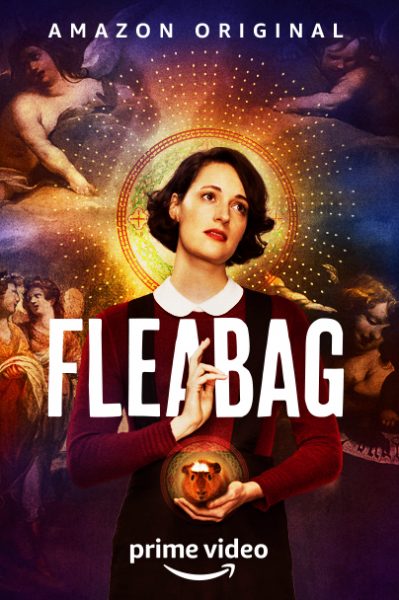 Fleabag holding a guinea pig and looking like Mary Magdalene? The literal epitome of the flawed and yet revered. Fleabag was always our saviour, allowing us to get comfortable with our own flaws.

Phoebe Waller-Bridge is the Beyoncé of her world, and we are only beginning to see what she can do. Her power is in every moment, every word and look. Each moment has a purpose. Cutting her teeth on theatre performance, she draws in theatrical elements, creating fresh and exciting room in which characters can grow. This series develops characters and motives whilst throwing us in some new (hot) water. Expect wit and wise-cracks from our beloved Fleabag, awkward family situations, incomprehension from her father, and the odd blow-up from Coleman’s stepmother. Oh, and be sure to keep a heap of tissues close by!

Fleabag is available on Prime from May 14th.

Vinyl Me, Please May Edition: Experience Unlimited – ‘Free Yourself’