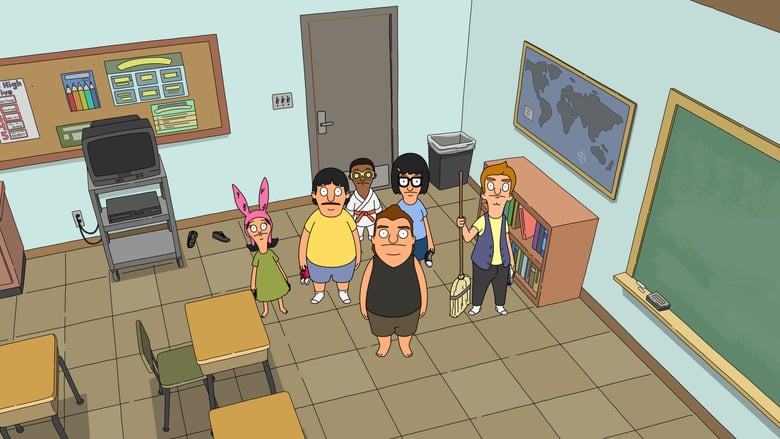 Doing the right thing isn’t always easy. And it can be downright painful when you know that what you should do to benefit someone else is probably going to make things worse for you. But you suck it up and do it anyway because, deep down, you know that helping a friend is more important than your own happiness.

Tina Belcher doesn’t ask for much out of life. For the most part, she’s just your typical boy-crazy teenage girl. She has a good heart, and she goes out of her way to be a good friend. Like the other Belchers, she seems generally happy.

But there’s one thing Tina dreams of—one thing that she desperately wants above all others: Jimmy Junior’s butt. Well, not just his butt—she likes him as a person, too. But mainly for his butt.

Tina’s had a crush on Jimmy Junior since day one, and they’re actually a great match. Jimmy’s a sensitive kid who loves to dance and isn’t afraid to express himself (which must drive his father crazy), and he’s just awkward enough to make Tina seem less awkward by comparison. And the fact that Bob and Jimmy Senior hate each other gives their teenage romance kind of a Shakesperean quality (if Romeo and Juliet were two dorky middle schoolers whose fathers sold burgers and pizza).

But Jimmy Junior’s just not that into girls right now. I mean, he likes Tina, but he’d much rather hang out with his friends—like Zeke. So when Zeke’s parents threaten to send him to a different school because of his disciplinary problems, Tina sees an opportunity. With Jimmy only being able to hang out with his buddy on “Zeke-ends,” she’ll have her would-be boyfriend all to herself at school. Problem solved, right?

Not really. Tina knows that helping Zeke stay at Wagstaff with his friend is the right thing to do. And so when Louise (who else?) comes up with a master plan to sneak into the school on Saturday and cover up Zeke’s crime, she reluctantly goes along. But then she makes the plan even better by helping everyone escape through the ceiling. She could have easily let Mr. Frond catch them, which would have eliminated Zeke from the equation, and she would have had Jimmy’s butt all to herself. But she does the right thing because Zeke is her friend, too. And helping friends is just what Tina does.

And with that, Season 9 of Bob’s Burgers comes to a close. Thanks to all of you who have followed along with me, and we’ll meet back here in September for more fun (and lots more puns). And we also have the big screen debut of the Belcher family to look forward to next summer–how cool is that?