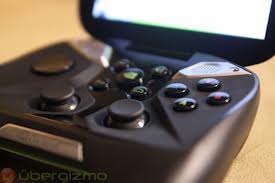 This year’s CES has seen the announcement of a number of products designed to take high-end PC gaming out from behind the traditional desktop and key board formation.

The first of these, which up until this week was known as ‘Project Fiona’, has caused quite a stir at this year’s conference. The device, renamed the Razor Edge, is essentially an extremely powerful tablet. According to its developers, the Edge is the most powerful tablet in the world, capable of running the most demanding of games. 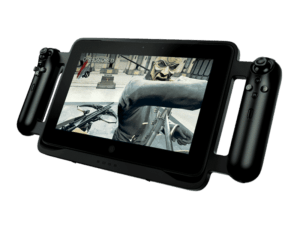 While these are impressive specs, they may come as a disappointment to some who were expecting them to be higher. Especially considering the fact that the new Tegra 4 processor was also announced earlier this week.

The Edge isn’t cheap – at $1000 for the base model I can’t see this product catering for a mass market. That said, for those with the money, the Razor Edge provides a way to play AAA games on the go. And that’s pretty cool.

Another product designed to free PC gamers from their desks is Nvidia’s Project Shield. Like the Edge, Project Shield was announced earlier this week at CES. Project Shield, which runs on Android, allows gamers to wirelessly stream their PC games to the device. Games can either be played on the 5″ 720p display or linked to your TV. 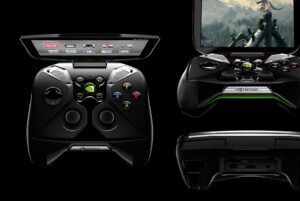 Talking about Project Shield, the CEO of Nvidia Jen-Hsun Huang said “we were inspired by a vision that the rise of mobile and cloud technologies will free us from our boxes, letting us game anywhere, on any screen … we imagined a device that would do for games what iPod and Kindle have done for music and books.”

Reports from CES have been largely positive so far, with no noticeable lag. This isn’t surprising consider what’s under the hood. Project Shield boasts the new Tegra 4 chipset – the first quad core ARM chip, which Nvidia claim to be the fastest mobile processor in the world. That said, PC streaming only works if your PC is on the same wireless network as Project Shield. Basically, you can only stream games in the house. So when Huang said he wanted the iPod of gaming devices … well, it’s not quite that.