The Horrifying Controversy of Zombie Survival Game The War Z

If there’s one thing the geeky world can’t get enough of its zombies. Zombie films, zombie television programmes, zombie toys, zombie video games, zombie everything. For the most part us zombie-philes are grateful for this consistent stream of gory, undead goodness, but late last year a game was released that filled the wonderful world of zombies in controversy, the game in question being The War Z. 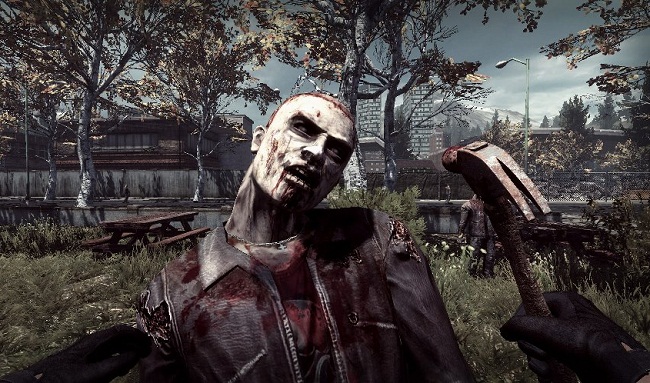 Developed by Hammerpoint Interactive and published by Arktos Entertainment, The War Z had a core following of PC gamers around the world held in anticipation. This was understandable considering Hammerpoint’s promise of an open-world MMO game set five years after a zombie apocalypse where players have to band together to defend settlements from hordes of the undead. The War Z also boasted huge maps 100km in size with 100 players on each server, private servers would also be available and player characters would develop via complex skill trees. However, eager players who bought the game at launch found something far more horrendous than even the most gruesome zombie.

Within the first few minutes of gameplay users realised that something was amiss. The numerous maps they had been promised were nowhere to be seen, with only one single map made available, which has been calculated to take up less than 10 square kilometres. Private servers were also unavailable, and all public servers were capped at 50 players each. Character stats and skill trees were also nonexistent and the in game graphics were far inferior to the screenshots shown on the game’s website. Most players were killed within minutes by other impatient players who had grown bored of the distinct lack of zombies. Those who died were shocked to find that they would have to wait an entire hour before re-spawning unless they paid real money via credit card or Paypal.

Of course, most Hammerpoint customers turned straight to digital vendor Valve for answers and just over 24 hours after the game’s release The War Z had become one of only a few games to be completely removed from Valve’s Steam service, with Valve offering a full refund to those who bought it, no questions asked. The War Z executive producer Sergey Titov attempted to explain the game’s lack of features by releasing a statement via the game’s forum, which said that the product they currently offered was a ‘foundation release’ that would be built on in the future, and offered his apologies to “all players who misread information about game features.“

Unfortunately for Titov, The War Z would go on to gain further negative attention due to accusations of attempting to ride the success of other popular zombie related works. Not long after The War Z’s release, a group of Reddit users noticed that the United States Patent and Trademark Office had suspended Hammerpoint’s request to trademark their game’s name due to resembling that of upcoming movie World War Z. One hawk-eyed Kotaku reader also noticed that promotional images for the game were effectively stolen from a combination of The Walking Dead, Shawn of the Dead and photographs from a zombie fan gathering. 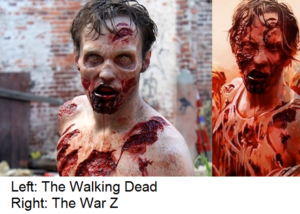 The greatest amount of comparison was in fact made between The War Z and DayZ, another zombie survival game currently in development. DayZ started out as a critically acclaimed, free modification for PC based military shooter ARMA 2, with its creator Dean Hall now working on a commercial release. In a post made on the DayZ subreddit, Hall expressed how he has been “pretty depressed about the whole situation“. Titov, on the other hand, claims that the only connection between the two games are the DayZ “fanboys” who he believes are intentionally trying to tarnish The War Z’s reputation, as quoted from this forum post,

– 70% of our players never played Dayz

This means that most of our players are new to the “genre” of zombie survival game. They either like zombie games, or they like MMO’s or they like survival games. They do not play The War Z because they’ve been fans of Dayz or even played it.

I think there are a few groups of players who don’t like us for what we’re doing. Extreme DayZ fanboys…  all they can do is to spread lies and false information about game. They just love to omit obvious facts and bend words.”

The War Z’s questionable statistics apparently prove its “worth” 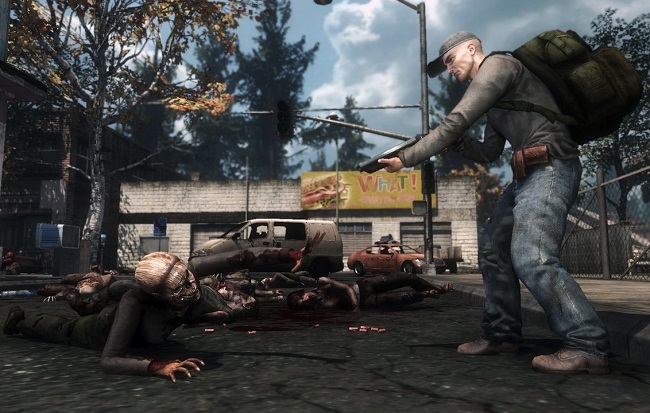 Sergey Titov has now become somewhat infamous for his poorly written statements, peculiar wording and rampant use of statistics with no provable origin. According to Titov, his questionable statistics are a clear display of the game’s success and approval by players.

“We’ve did our last survey yesterday. It got us over 100,000 replies – so we can safely say statistically it represent what our players think. We’ve got an overall approval of 93% !!! That’s INSANE number. 40% just like game as is, 50% like game, but feel it needs more polishing and adding some new features ( yes – server rentals). 5.5% played game, didn’t like it and only 1.5% of respondents – some of the are guys who been recently banned – said they hate game.”

Regardless of what Titov and his so called ‘fans’ think, the game has been extremely poorly received by the few critics who spent the time to play it. The War Z currently holds a Metascore of 18/100 on Metacrtic, with an equally low user score of 1.2; a score that Titov hopes to improve by asking his own angered customers to vote on Hammerpoint’s, as seen in this forum post..

At the moment the hubbub surrounding The War Z has died down, but it’s only a matter of time before another strange statement is made, or a poorly implemented update to the game is introduced that will have the gaming world buzzing again. While it’s strongly suggested that The War Z be avoided like the undead themselves, the masochistic gamers out there that have played it are welcome to recount their tales of woe in the comments section below.

PaperTab: The Next Big Thing?