Home NewsEntertainment The (Other) iTunes $0.99 Movie of the Week: ‘The Night Eats the World’
EntertainmentFeaturedTV and Movies 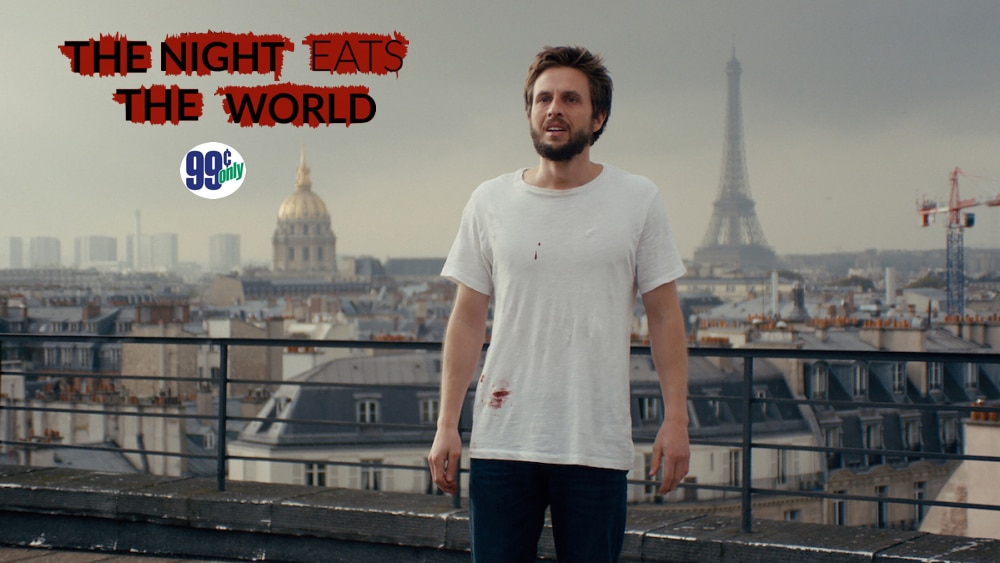 Ok, the featured $0.99 movie this week is a little dramedy about women of a certain age called Book Club. It features the estimable talents of Jane Fonda, Diane Keaton, Mary Steenburgen, and Candice Bergen, amongst many others. While I generally admire every one of those women and the work they’ve done over the years, I can’t say that the Book Club trailer made anything they do in this film look even moderately interesting. Of course, I may be wrong, so rent at your own risk. Or you can just do what I did and take a chance on something in the “Movies You Might Have Missed” section of iTunes. So …

This week, a young man wakes to find the world overrun by flesh-hungry zombies in The Night Eats the World.

Dead Is the Norm Now

Dropping by his ex’s apartment in hopes of picking up the last of his moving boxes, Sam wants little more than to grab his possessions and go. Instead, he finds himself amidst a raging party and unable to locate his things. Half-heartedly enjoying the revery, Sam eventually retires to an empty office to catch his breath. When he wakes the following morning, he finds the world’s gone to hell overnight, and the new reality finds its inhabitants have become flesh-eating monsters. Is Sam the last human alive? Will he be able to survive on his own in the darkest days of humanity? Or will a life of crippling isolation push him into a darkness of his own? Find out in Dominique Rocher’s haunting and wholly original depiction of the zombie apocalypse, The Night Eats the World. 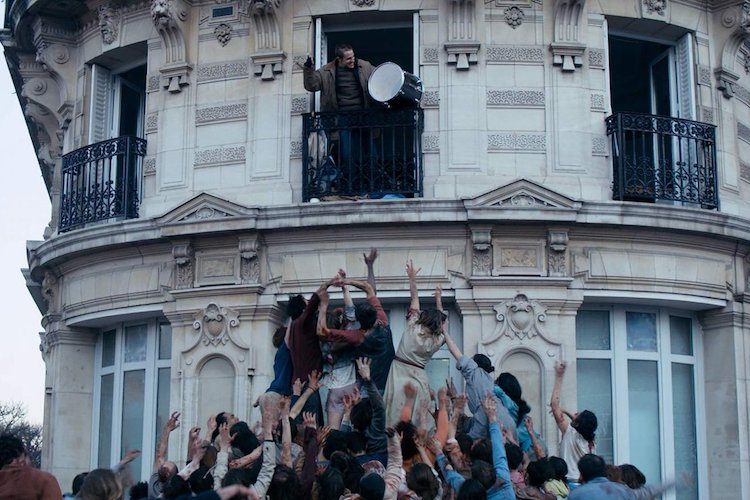 Are We All Goners?

At the risk of being a little too forthcoming, I should tell you that those questions receive definitive answers with a startling twist that arrives about 3/4 of the way through Dominique Rocher’s film. I can also tell you that those answers bring with them what appears – at least on the surface – to be a gargantuan plot hole that could sink The Night Eats the World‘s meticulously crafted narrative. I’m telling you these things because I want you to understand that how you respond to said twists, and the carefully woven ambiguities that actually allow them to hold true (or true enough), will unquestionably affect how you view Rocher’s film as a whole.

Just know that if you get on board with that twist, you’re likely to claim The Night Eats the World as one of the most original, possibly even one of the best zombie movies you’ve ever seen. If not, we’d wager you’d still claim it as 3/4 of a truly great z-fiction tale. One that plays conceptually in the realm of classic predecessors like The Omega Man and 28 Days Later, but one that also forges a bold new vision for what zombie horror can be.

At the center of that vision is a young man we quite literally know nothing about, except that he left a box of cassette tapes at his ex’s place, and that he’s apparently not much for parties. Blank slate that he is, it’s all but impossible to imagine that young Sam has any real reason to live. Perhaps driven solely by some primal need for survival he does just that, holing himself up in said apartment carving out some semblance of existence in deafening isolation.

That narrative angle casts a state of perpetual anxiety and emotional turmoil over Rocher’s entire film. Yet the director embraces a different approach even in bestowing a crushing sense of claustrophobic angst over the action, eschewing the obvious methods of building tension (i.e. hyper-stylized visuals, overbearing music, and heavy cutting) in favor of methodical pacing, naturalistic photography, minimalist compositions, and some patently brilliant work from sound designer Nicholas Becker.

The combined effect of those elements allows the tense, ghostly calm that permeates every hushed frame of The Night Eats the World to take hold in a refreshingly organic way. It also allows Rocher to sit back, point his camera at his star (Norwegian actor Anders Danielsen Lie from the wonderful and tragically overlooked Oslo, August 31st) and let him fill that quiet calm with intricately woven human drama. Danielsen Lie responds by devouring that quiet with energy of his flesh-eating enemies, turning a virtually dialogue-less role into a bravura, one man show for the ages. Like Rocher’s film, his work is certain to linger long in your mind, and heavier in your heart. 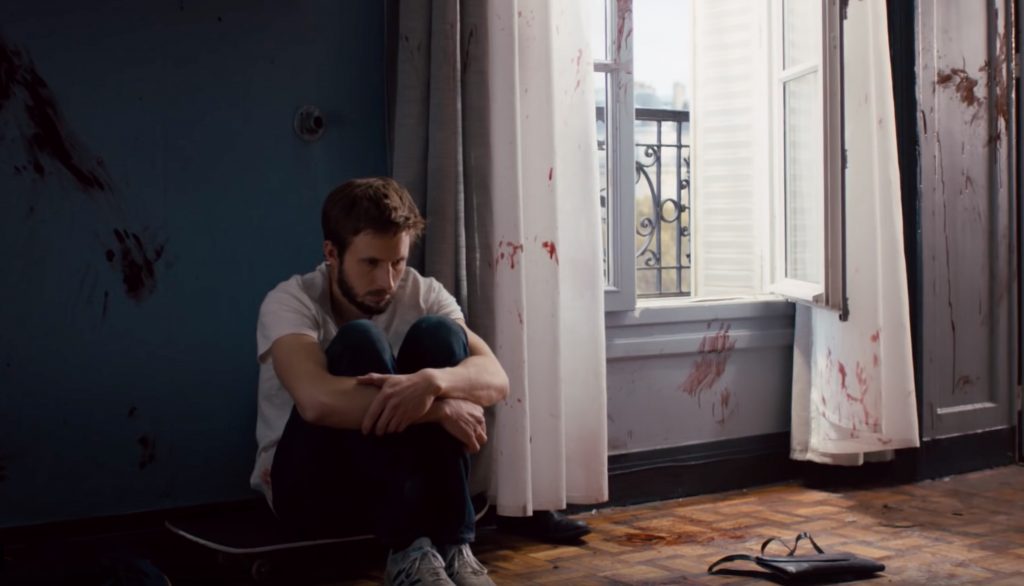 Look, I wasn’t kidding when I said that how you react to the film’s third act twists will directly affect how you view The Night Eats the World as a whole. You’ll either be on board or you won’t. But even if you find Dominique Rocher’s film to be just 3/4 of a zombie classic, that still puts it well ahead of many of its contemporaries. If you call yourself a fan of zombie horror, then that’s gotta be worth $0.99, right?