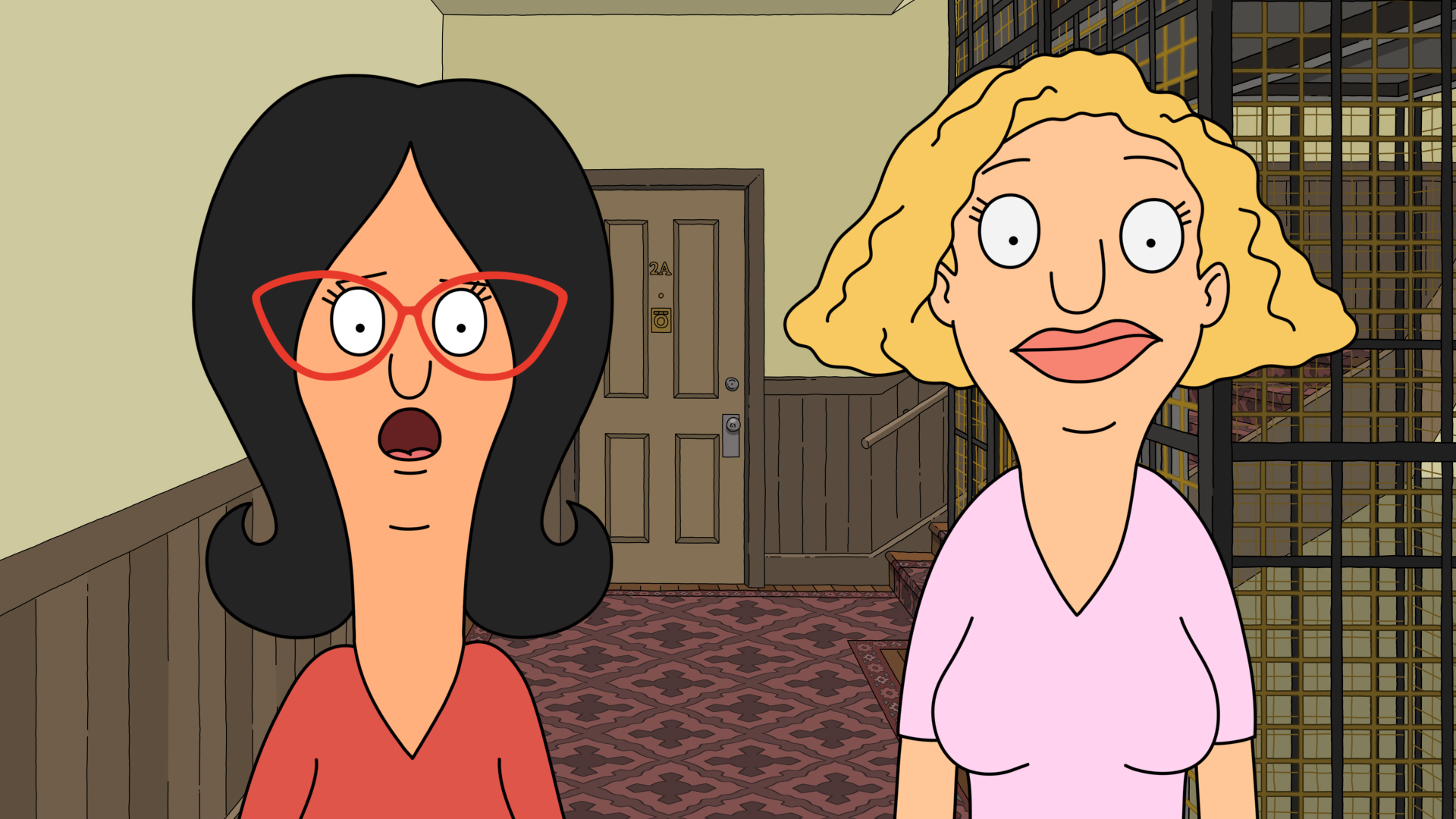 Poor Teddy. He’s not too bright, and he’s very naive, and he probably has more than a few personal hygiene issues. But he’s kind, and he’s giving, and he’s pretty good with a wrench. Plus, he’s the most loyal friend you could ever find. Teddy’s the kind of guy that you probably wouldn’t go out with yourself, but you’d be more than happy to set him up with your friends. Well, probably not your close friends. But maybe that slightly odd coworker who flosses in her cubicle and listens to polka music at an annoyingly high volume—she’d be perfect.

Teddy may not be an official Belcher, but he’s practically a member of the family. And so it’s only natural that Linda and Tina would want to see him find love with the woman of his dreams. And, of course, that woman is Helen. Teddy thinks she’s wonderful, and why not? She’s rich, and she’s beautiful, and there’s a really, really good chance she didn’t actually kill her husband. What’s not to love?

The only problem is that, the more we get to know her, the easier it is to see that Helen’s a truly horrible human being. And poor Teddy’s too naive to notice that she’s only using him to help her find her late husband’s netsuke (Netscape? Netflixy?) so she can sell it. She cares so little about Teddy that she’s willing to see him crushed in the broken elevator as long as she gets the figurine back in one piece. So it’s more than a little satisfying to see Teddy escape the elevator unharmed (thanks to Bob) while the netsuke (Nets-adoodle? Nescafe?) gets crushed.

Of course, Linda and Tina both consider themselves experts when it comes to matters of the heart, so it’s not surprising that they would aggressively disagree about which woman Teddy should be with. Tina can see that Kathleen is a much better match for Teddy, but, in Linda’s defense, Helen’s the one Teddy’s been talking about, so Linda still has his best interests at heart. And once Linda sees Helen for the dumpster fire that she is, Linda quickly changes her mind. After all, she just wants Teddy to be happy.

Ultimately, Teddy doesn’t really end up with either woman (although I’d love to see Kathleen become a recurring character as Teddy’s girlfriend—the possibilities are endless). But even if that doesn’t happen, Teddy will be okay. He’s an honorary Belcher, and while that doesn’t meet all of his emotional needs, it at least gives him a family to love and to be loved by. And the burgers aren’t bad, either.

As nice as it is to see Teddy get the spotlight, I had the most fun watching Bob trying to do routine maintenance work. As one who’s been forbidden from attempting to fix anything at my house, it’s nice to see someone else failing so hard at basic plumbing. I’m okay with minor electronic malfunctions, but that’s about it. Anything else, and the only tool I get to operate is the phone.

All in all, this is a solid Bob’s Burgers episode that gives us something to laugh about amidst all the turmoil going on in the real world. And it’s also a nice reminder that the awful people don’t always win in the end.

In case you’ve missed anything this season, you can read about previous Bob’s Burgers episodes here.

Batman 2020: Five Reasons Why We Need the Dark Knight to Run for President