Home Entertainment The (Other) iTunes $0.99 Movie of the Week: ‘Mississippi Grind’
Entertainment 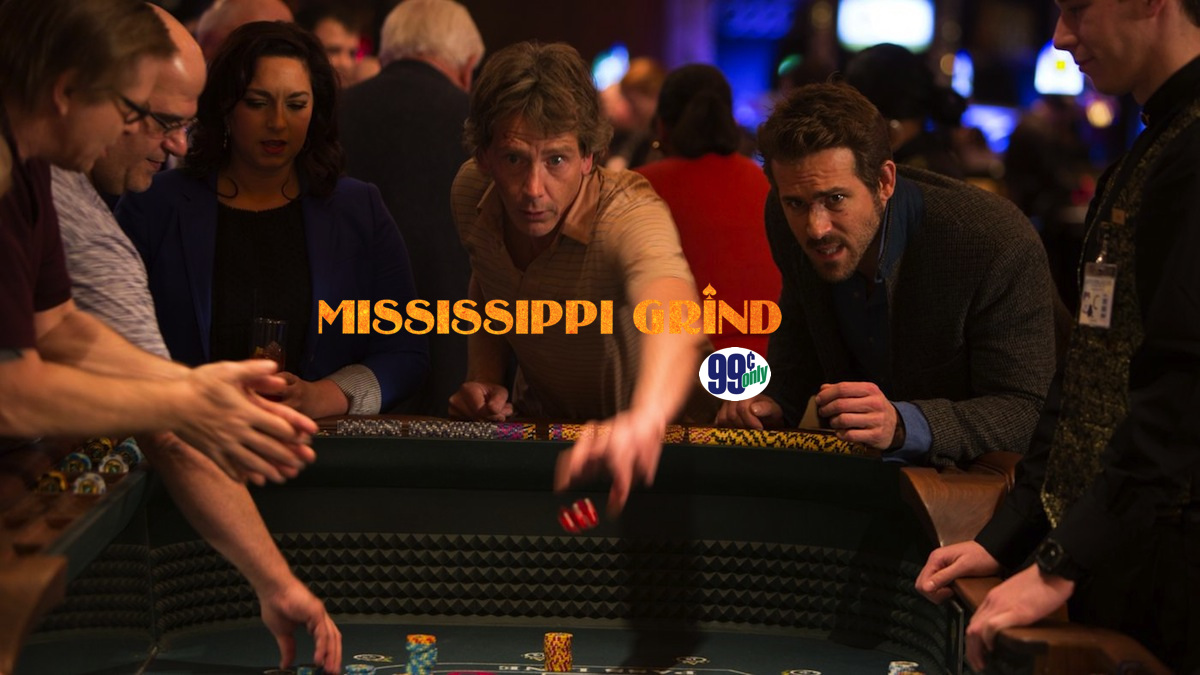 Ok, the featured flick this week Jackie Chan’s 2017 crime/drama The Foreigner. While I have nothing but respect – and often genuine awe – for what Jackie Chan has done as an action/comedy star throughout the past few decades, I’ve never really bought him as a dramatic persona. I’ve also found many of his films to be a little on the boring/repetitive side over the years, even if some of the stunts he’s performed are jaw-droppingly cool. So yeah, as much as I respect Jackie Chan, I’ve never really enjoyed his films. That being said, if you dig what Chan does, you’re likely to enjoy the hell out of the Martin Campbell-directed The Foreigner … and I sincerely hope you do. As for me, well, I decided to roll the dice on a little indie out of the Movies You Might’ve Missed section of iTunes. So …

This week, Ryan Reynolds and Ben Mendelsohn hit the road in search of some easy money in Mississippi Grind.

Gerry (Mendelsohn) is a down and out gambling addict with a penchant for betting heavy when he should walk away. Curtis (Reynolds) is a charmed, free-spirited gambler who cares more about betting than actually winning. When the pair meet on opposite sides of the poker table, they quickly hit it off with Gerry believing his new friend to be the charm he needs to change his luck … and the high stakes game Curtis knows about in New Orleans may be Gerry’s big chance to turn his life around. Thus begins Anna Boden and Ryan Flecks’s rambling, gambling road movie, Mississippi Grind. 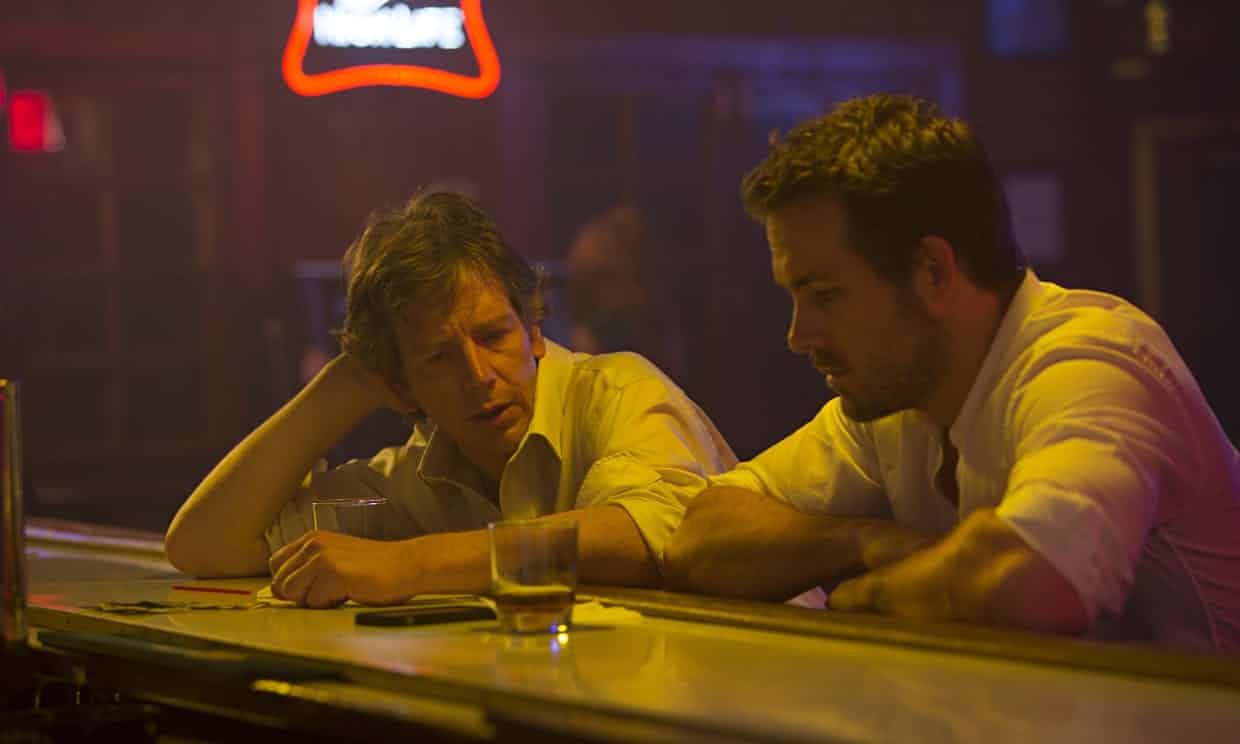 Hollywood has long-held a fascination not just with the world of gambling but also with the colorful characters that tend to populate it. That fascination has led to its share of stinkers over the years (i.e. Lucky You, 21, and Wild Card), but it’s also spawned a handful of classics (i.e. The Hustler, Rounders, The Sting, Owing Mahoney, and California Split). The difference between a good gambling flick and a bad one usually comes down to one key element, the likability of the film’s protagonist(s). That can be quite a daunting hurdle for a gambling film as the central characters are either brash, self-centered egoists who think they’re smarter than everyone else, or they’re low-life losers in debt up their ears and desperate for a quick score. They tend to have little regard for how their actions affect those around them, which makes it almost impossible to root for them.

We should tell you now that the central characters in Mississippi Grind are, in fact, brash, self-centered egoists who think they’re smarter than everyone else. They’re each low-life losers in their own right as well. As such, it’s unlikely you’ll be goaded into rooting for anything Gerry and Curtis are trying to do in the film. That you’re never really goaded into rooting against them either is the coup of Boden’s and Fleck’s whip-smart screenplay, and that unabashed, often infuriating duality is a big part of what makes Mississippi Grind such a satisfying, absorbing piece of work.

It helps that Boden and Fleck understand that the best of gambling flicks aren’t really concerned with dramatic rolls of the dice and icy poker table antics. Yes, their film features a handful of those moments, and each is thrilling/devastating in their own right, but those moments are not the point of Mississippi Grind. Like the best of gambling movies, Mississippi Grind is first and foremost a character study centered around the lowly inhabitants of those moments.

Like the best of gambling movies, Mississippi Grind also features a couple of transfixing performances that turn those outwardly dramatic moments into painful, soul-churning experiences as likely to have your heart thumping through your chest as it is breaking inside it. While that’ll come as no surprise to fans of Ben Mendelsohn – who may well be the finest actor working today, and is again magnificently/heartbreakingly subtle here – it’ll certainly be a shock to those familiar with the snarky swagger that dots – and eventually sinks – almost all of Reynolds’ performances. Credit Boden and Fleck for understanding the actor’s every strength and weakness, siphoning, subverting and surprising each in service of what’s certainly the strongest performance of Reynolds’ career.

Credit the directors as well for keeping their story out of the sleazy confines of gambling meccas like Las Vegas and Atlantic City. Mississippi Grind opens in Dubuque, Iowa of all places. It closes in New Orleans. In between, Boden’s and Fleck’s circuitous tale of anti-redemption saunters down the mighty Mississippi through such unsung U.S. cities as St. Louis, MO and Little Rock, AK. Mississippi Grind is one of the few American road movies to dwell long in such secondary metropolises, and one of even fewer to give each its due. Behind engrossing gambling scenes, a narrative that gracefully spins between comedy and drama, and a killer soundtrack rife with filthy, Delta blues standards, that road trip transcends the genre to become something altogether unexpected, a humane, deeply affecting look at one of society’s least understood addictions. 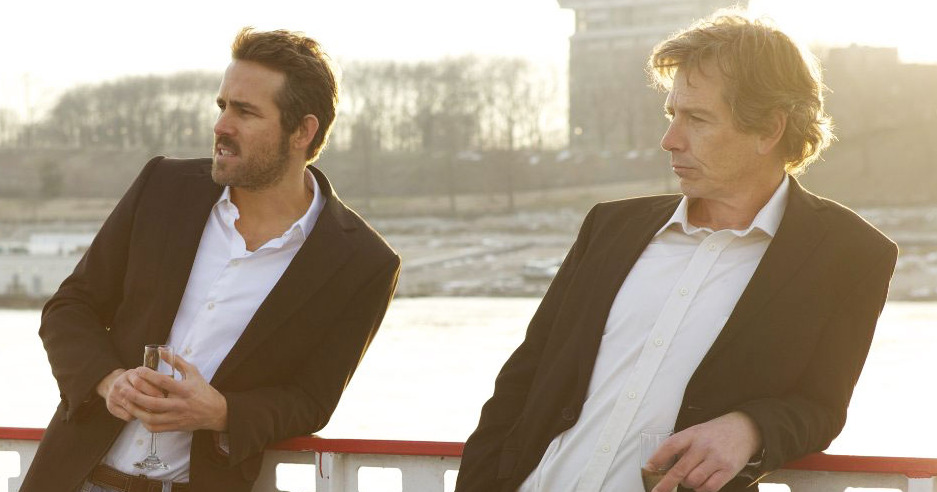 Mississippi Grind is a challenging, melancholic study of the highs and lows of gambling addiction, and the wistful souls mercilessly caught in its grasp. It’s also a charming, funny little road movie with heart and intellect to burn. As a whole, Mississippi Grind is far from a stacked deck – it calls station in its middle passage and tilts a little on fifth street – but if you’re willing to go all in with your hard-earned dollar, you’ll find a nice little payoff in the film’s high stakes dramatics. Don’t worry if you’re not familiar with those terms, you won’t need to know them to enjoy Mississippi Grind. Just know that it’s a solid little film that’s well worth betting on. So lay those bets now.

Here’s What’s Coming and Going on Netflix in April