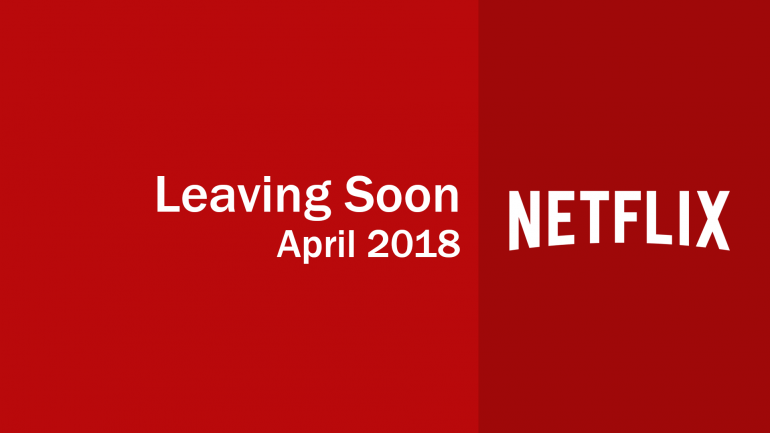 Looking for something to do while ducking all the family members for Easter egg hunts and spring picnics? Look no further than Netflix’s upcoming roster for April. It’s jam-packed with lots of crowd-pleasing hits, binge-worthy new Netflix originals, and a couple of classics. April will also herald some losses. Make sure to catch your favorites before they disappear!

The first Mortal Kombat (1995) is arriving and sure to scratch that nostalgic itch. All you nineties kids out there, I’m looking at you. Mortal Kombat stands the test of time as one of those so-bad-they’re-great movies. Definitely worth putting on with some friends over some beers. I can just hear Scorpion’s catchphrase, get over here! Should be fun to revisit this one.

Next in the nostalgia department is The Iron Giant (1999). Directed by Brad Bird (Pixar legend), this excellent take on the “it-came-from-outer-space” genre was a childhood favorite.  For some odd reason, the scene where The Iron Giant starts eating scrap metal sticks in my brain to this day. It is a great movie which is sure to give a few good punches to the feels.

I know. I know. It’s weird, but I have a soft spot for 2004’s Along Came Polly. I was in high school, therefore cable boxes were still a thing for me, so this movie was always on TV somewhere. I remember it fondly. The Ethiopian restaurant. Jennifer Aniston’s ferret. The towels. Ben Stiller’s sweating. This one is worth checking out just for Philip Seymour Hoffman’s silly and heartfelt performance as Sandy Lyle. Trust me! An excellent fit for a date night and a glass of wine (or two…or three!)

Other notable additions include Netflix Presents: Seth Rogen’s Hilarity for Charity (April 6), Ram Dass, Going Home (April 6), Lost in Space Season 1 (April 13), and Bobby Kennedy for President (April 27). Hilarity for Charity promises an all-star roster, featuring Rogen himself, Craig Robinson, and the Nasty Delicious, Post Malone, The Muppets, Tiffany Haddish and Sarah Silverman. The comedy special will be raising money for Alzheimer’s research.  The documentary Ram Dass, Going Home focuses on American spiritual guru, Ram Dass, author of Be Here Now.  Going Home will be a portrait of his life up to this point.

Lost in Space (2018) is a reboot of the time-honored series which aired between 1965 and 1968. It looks to pay homage to the original and pave new ground itself. Science fiction fans, young and old, will definitely find something to love in Lost in Space. Netflix is proving that it has plenty of nostalgia bombs to lob, and lob it shall. 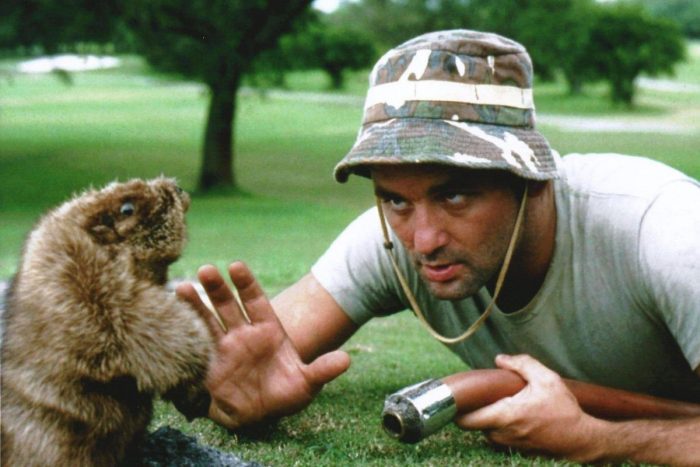 We are losing a lot of awesome films in April.  Caddyshack (1980) spouts loads of comedy legends, such as Chevy Chase, Bill Murray, and the late Rodney Dangerfield  Be sure to watch this one before it leaves April 1.

Christopher Nolan’s period piece about magicians, The Prestige, departs on April 21. It stars Nolan mainstays Christian Bale and Michael Caine, as well as Hugh Jackman and Scarlett Johansson. The movie is extremely engaging combined with enough twists to keep you reeled in. Don’t sleep on it!

Finally, April 22 sees Exit Through The Gift Shop’s (2010) exit, a tome for street art, graffiti and the totemic Banksy.  Simultaneously gripping and educational, this is a must-watch. This film is monumental for art, creativity, and rebellion.

Below, we have included a complementary and comprehensive list of what’s coming and going from Netflix this April.  Be sure to stay posted for our next Netflix update next month.  Thanks for reading and geek on!