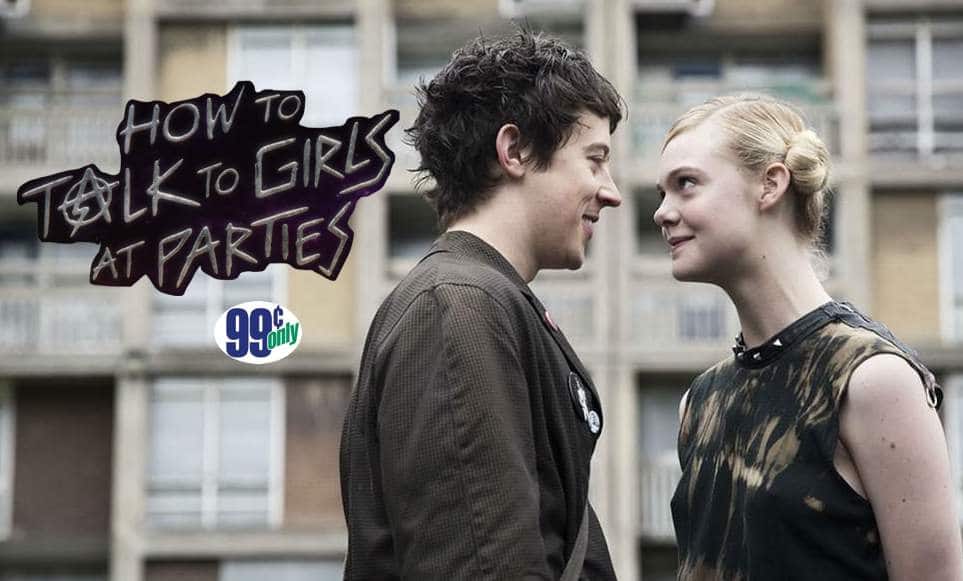 Ok, the featured $0.99 flick this week is a little Ridley Scott venture titled All the Money in the World. It stars the great Michelle Williams and tells the story of the infamous Getty kidnapping from 1973. You probably heard about this movie because it’s the one that saw Kevin Spacey unceremoniously replaced by Christopher Plummer via reshoots in the wake sexual abuse allegations. It’s an excellent movie, and it’s a steal at a rental price of $0.99. But if you’re down for something a little more adventurous, you might want to check out this week’s $0.99 indie pick, ’cause it comes from the mind of the one and only Neil Gaiman. So …

This week, a shy young Brit falls for an odd but entrancing tourist in the punk-fueled fantasy How To Talk To Girls At Parties.

There Were Contradictions In Your Metaphor, But I’m Moved By It

For teenaged punk Enn (Alex Sharp), suburban life in late-’70s East Croydon, England, is a mix of hanging with his mates Vic and John, pogoing at rollicking underground punk shows, and of course, trying to get a girlfriend. That last bit proves particularly difficult for Enn as he’s all but incapable of talking to members of the opposite sex. When the boys inadvertently crash a party seemingly thrown by American tourists, Enn meets an enigmatic young woman named Zan (Elle Fanning), and his bad luck with the ladies finally seems to have turned.

But there may be more to Zan than meets the eyes, and her merry band of “travelers” aren’t at all what they seem. Will Enn and Zan find a way to fall in love even as separate worlds threaten to keep them apart? Find out in the big screen adaption of Neil Gaiman’s How To Talk To Girls At Parties. 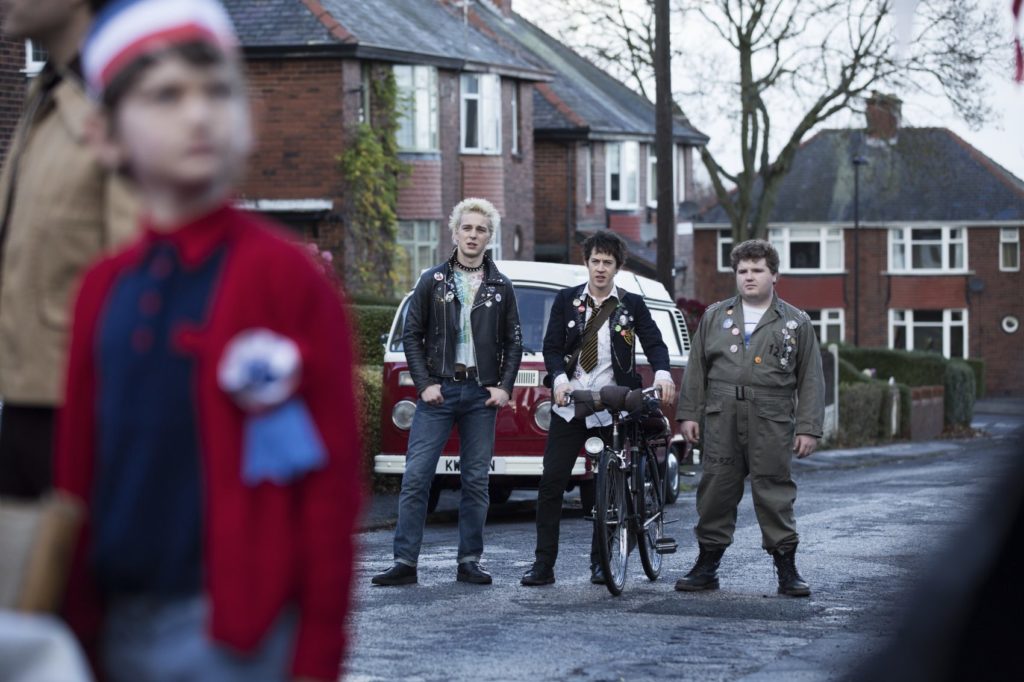 Do More Punk to Me

If you’re at all familiar with the work of Neil Gaiman, you already know that few things in the writer’s carefully structured worlds ever actually are what they seem. You probably know that what sets Gaiman’s work apart from most of his fantasy contemporaries is how skillfully the author blends fantastical elements into real world environments. While How To Talk To Girls At Parties is in many ways a vintage Gaiman tale, it’s also one that required a fair bit of beefing up for the big screen. Luckily, this tale of outsiders invading a working class British suburb found just the right filmmaker to do the beefing.

Adapted by John Cameron Mitchell and Philippa Goslett (from a marvelous 2006 short story) and directed by Mitchell, How To Talk To Girls At Parties uses Gaiman’s tale of a brief but vivid encounter purely as a jumping in point for a story that paints on a much larger canvas. As such, Mitchell’s big screen version surpasses the boundaries of Gaiman’s short about 20 minutes into the action. From there, Mitchell propels the story forward with a near reckless abandon, pushing Enn’s and Zan’s stories well beyond the metered scope of Gaiman’s short. In the process, Mitchell presents a tale as sprawlingly self-contained and dazzlingly insightful as anything in Gaiman’s canon.

It also proves that Neil Gaiman is one of the most beautifully fucked up human beings that has ever graced the sci-fi fantasy realm. That John Cameron Mitchell often manages to match Gaiman in wit (and in vision) in this sprawlingly cheeky adaptation is further evidence of his own skill as a storyteller. And in the end, How To Talk To Girls At Parties is undeniable proof that Earth is a better for having creatives like them on it … even if it’s clear that they both hail from some undiscovered point in the cosmos.

You bet. Look, How To Talk To Girls At Parties is far from perfect – its near perpetual tonal shifts are a bit jarring at times and some of its effects err on the side of shoddy. But, the film’s heart is always in the right place (firmly on its sleeve), it’s got a seriously kick ass soundtrack, and I can all but guarantee that you will not see a film this year more alive with ideas and raw, anarchic energy. If that’s not worth a dollar to you, well, you can piss right off then (said while also shoving two fingers in the air in your general direction).