Home GamingConsole The New Smash Bros: Who Will Get the Axe?
ConsoleGaming

The New Smash Bros: Who Will Get the Axe? 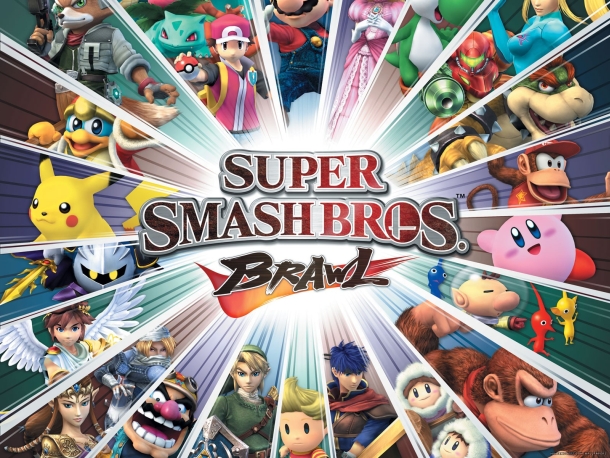 It’s no breaking news that Masahiro Sakurai has mentioned that some characters from Brawl are going to be cut from Super Smash Bros. for Wii U and Super Smash Bros. for Nintendo 3DS. There’s simply not enough time to add them all. The man’s a bit of a perfectionist. We saw Brawl delayed for quite some time in order for him to get the game just as he wanted, so it’s not much of a surprise. Some fans are certain to be a bit disappointed as they may not be able to play as their favorite character and there has been so much speculationas to who will be cut and who will be replaced. I’m here to humbly share my opinion as to who we won’t see coming back! 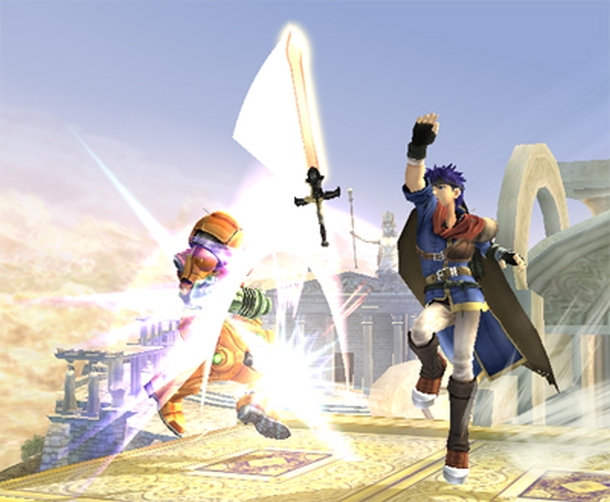 They might want to tell Ike when he’s NOT in a sword throwing mood.

From what we’ve seen in Brawl and Melee, Nintendo likes to cycle in new Fire Emblem characters based on who’s the bigger deal at the time. I know several people won’t want to come face to face with it, but Ike’s a bit of old news. Path of Radiance was released back in 2005, so it really doesn’t make sense that he’ll be back. Roy was initially supposed to be a Japanese only character in Melee, so I’d say that it’s highly unlikely that he’d be back to replace Ike. However, Chrom (the main protagonist from Fire Emblem: Awakening on the 3DS) is a rising fan favorite who will most likely be Ike’s replacement. I feel as though Marth will continue to show his face as well.

Do I even have to talk about him? He’s gone. I sympathize with several people who are outraged by this. The guy used to be one of my best characters. He might show up as an Assist Trophy or some sort of item maybe? Maybe he’ll cameo in something like the fighting polygon team? I don’t know. He’s just not gonna be playable.

Yeah, he’ll be gone. There’s not even a question. I still think that it’s weird that he was in Brawl to begin with. I suppose he was a pretty popular Pokemon back when the game was released, but I think he’s kind of fallen into the void created by much cooler ones. While several people are predicting that Zoroark will take his place, I’ll pulling for the new Awakened Form Mewtwo that’ll be in Pokemon X and Y. I was a little crushed that Mewtwo didn’t make it into Brawl. The new title is a great opportunity to reintroduce a fan favorite in an all new light.

This guy was an awesome addition with a pretty stupid name. Should have just called him Red. I mean, that’s who he is. He also used Generation I Pokemon. I don’t want to start any sort of war on which generation of Pokemon is better, but I feel as though Nintendo will want to push the new stuff. I fully predict that there WILL BE A POKEMON TRAINER. Just not the same one who uses Squirtle, Ivysaur, and Charizard.

WHAT?! NO. Yeah, I’m pretty certain he’ll be cut. He was an awesome addition, mind you, but there’s cold hard evidence that its pretty improbable. If you look at the gameplay footage on the 3DS, there is a Spirit Tracks stage in which Toon Link is the conducting the train. It just doesn’t make sense that he’d be playable if he had a cameo in the stage. Nintendo simply wouldn’t do that. 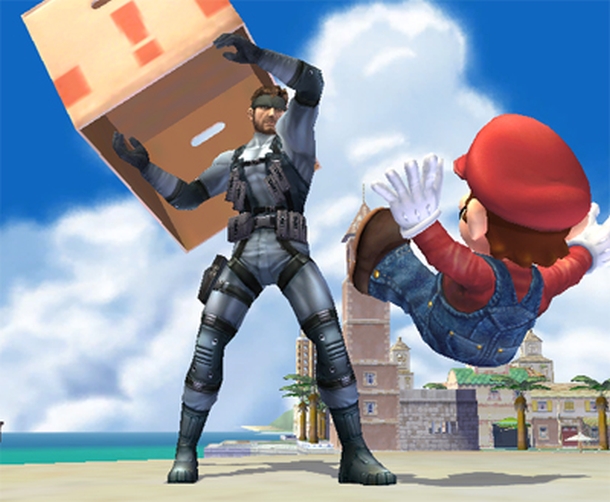 No Snake! Don’t take it out on the other characters! It’s just a prediction!-Ed

I think Snake was a one time deal. Whereas Sonic felt like a true addition to the Smash Brothers universe, Snake seemed more like a guest character. Metal Gear Solid V appears to be totally absent from the Wii U, so it makes no sense for him to come back. I’m sure a lot of people will miss him. I don’t really know if I’ll be one of them.

Oh Star Wolf, how I’ll miss you snickering “We’re gonna have fun with this thing” every time you use your Final Smash. While I’m not at all happy with this prediction, it simply makes sense. I don’t think that it’s too out of the way for me to say that Nintendo is really neglecting the entire Star Fox franchise right now. I think Falco is safe for the sole reason that he was in both Melee and Brawl, nothing really more. But Wolf? No. He’s still essentially a clone of Fox (as is Falco), but it feels like he was added to Brawl kind of at the last minute. I don’t know. I’ll miss him for sure.

Now, I’d like to reiterate that these are PREDICTIONS! I’m not 100% certain that any of these characters are going to be cut, but it seems like they make the most sense. I’m a bit nervous that Lucas won’t make a return either, but I don’t have enough backup to make a prediction about it. I also know that Sonic has been the subject of much debate as to whether he’ll be returning or not. But come on guys, Nintendo is freaking publishing a Sonic game on both the Wii U and the 3DS. I also feel like the goal of this game is to have the ultimate fighting game. Mario versus Sonic versus Mega Man? YES.

Who do you think will be cut from the upcoming Smash Bros. game? I’d love to hear your thoughts!