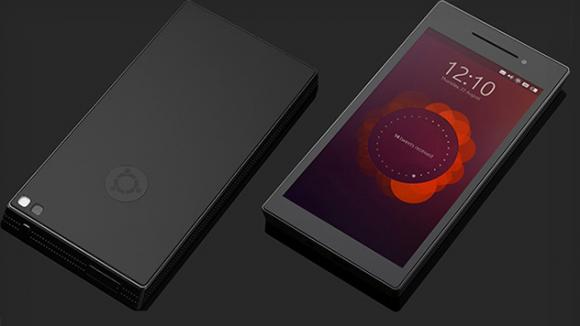 The Ubuntu Edge smartphone may end up being built by the internet. Canonical, the company behind Ubuntu, has taken to crowdfunding site Indiegogo to help fund the Ubuntu Edge.

Initialized with a target to collect $32 million, the campaign has received more than $5 million so far. Funding options begin at $20. Putting in $625 will guarantee you a Ubuntu Edge when it releases, while $10,000 will give you a host of other privileges. You will receive one of the first 50 Ubuntu smartphones to roll off the production line, along with an exclusive invite to join Mark Shuttleworth at the unveiling event. Additionally, you also get email access to the engineers building the Edge.

The Ubuntu Edge is a smartphone that will run on the Linux based Ubuntu OS. What sets it apart from other smartphones is its ability to run desktop applications. Plug it into a monitor and you run it like a PC.

“..At the heart of it all is convergence: connect to any monitor and this Ubuntu phone transforms into an Ubuntu PC, with a fully integrated desktop OS and shared access to all files.”

Canonical is calling the Edge a ‘superphone’. The campaign’s description focuses mainly on one thing – making desktop computing portable. To have the Edge running PC applications effortlessly, it is going to need a lot of power. And the phone indeed boasts of some very high-end specifications. According to Canonical, the Edge will ship with a whopping 4 Gigabytes of RAM, and an equally shocking 128 Gigabytes of storage space. In comparison, this year’s flagships – like the HTC One or the Samsung Galaxy S4, ship with half that capacity – 2 GB RAM and 32 to 64 GB of storage space.

There’s no information on what processor will power the edge, except for the fact that it’ll be ‘multi-core’. The sapphire crystal display will have a resolution of 1280 x 720 on a 4.5 inch screen. As for connectivity, the handset will have the usual range of options available on every other device out there – there’s 802.11n Wi-Fi, with Dual-LTE capability. Also, there is Bluetooth 4 and NFC.

The camera on the edge will be an 8 megapixel shooter, while the front camera will capture images at 2 megapixels. Canonical will adopt silicon-anode technology to manufacture the battery, aiming to pack in more energy per volume.

To attract a larger segment of consumers, Canonical seems to have thrown in Android on the phone as well. The Edge will dual-boot with both Ubuntu OS and Android, and will allow users to launch Ubuntu desktop right from their Android installation.

The crowdfunding campaign got off to a very quick start, collecting $2 million within just 8 hours. But pledging slowed down soon after. At the time of writing, the campaign needs $27 million in 29 days, which is approximately $1 million every day. To bring in more funds, Canonical introduced lower price points at $625, $675 and $725. However, getting to $32 million still remains a steep target. Especially since Ubuntu is a relatively unknown OS among the masses. That, coupled with the high pricing, could make things difficult for the Edge.

The New Smash Bros: Who Will Get the Axe?