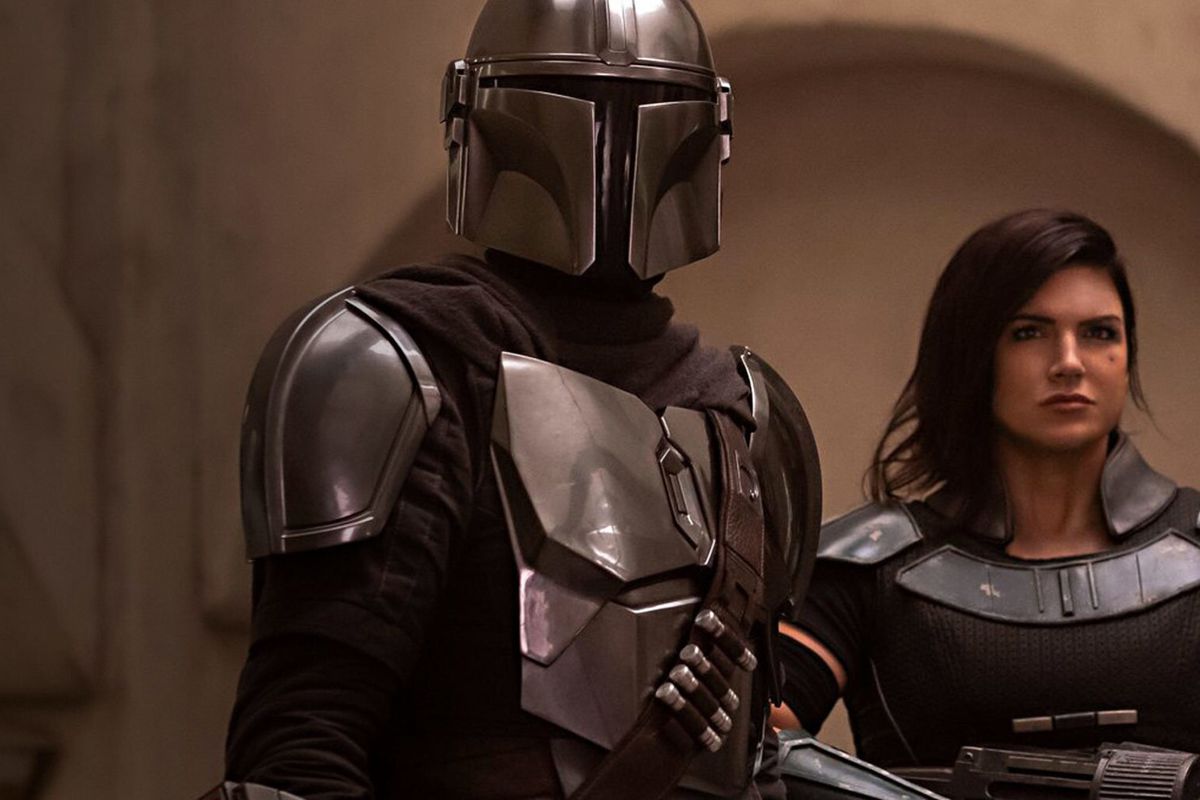 Well, it took 8 episodes of our new favorite show to reveal the Mandalorian’s true name, but if you’ve been paying attention to GeekInsider, I revealed it more than a month ago.

I was a little off on the spelling, I put it as Dyn Jarren, but I was transcribing what actor Pedro Pascal revealed in an interview I came across right after Episode 2 aired. Apparently, it’s actually Din Djarin but I was close enough.

Other than finding out Mando’s name, we also saw his face!

But hang on, I’m getting ahead of myself.

This episode was absolutely fantastic! At various times it had me laughing, hanging on the edge of my seat, grinning ear to ear, and loving being a Star Wars fan. And that’s just the first half of this episode. Thankfully, this finale is longer than the other episodes and is packed with greatness.

There’s so much in this episode and I think many will agree with me when I say that Jon Favreau brought us an epic story that will be watched again and again. Just like we do all of our favorite Star Wars movies.

Because that’s what The Mandalorian feels like, a 4-5 hour movie. A movie that I will definitely be binge watching in order this weekend. It’s that good!

And after these last two episodes directed by Taika Waititi, there may be strong calls for him to direct.

Virtually every Star Wars fan has noticed the lack of marksman skills from both the clone and the slave stormtrooper armies, but this episode drills home the fact.

In an opening scene worthy of a highly produced parody, the two troopers we saw snatch up The Child, aka Baby Yoda, are hanging back before turning him over. Not knowing what, or who, they have in the pouch and hearing that their new boss actually killed a few of their fellow stormtroopers just to make a point, they hang on the edge of town to see how things play out first.

While one of the troopers does everything he can to make us hate him while praying that Baby Yoda was fixen to open a can of whip ass, their conversation is unique… to say the least. We see a side of them that we’ve never seen from our enemies in white and in a conversation that you simply have to hear to believe, we learn that these minions are pretty normal, which was hilarious in and of itself.

However, when one of the men decides to do a little target practice, the laughs get serious. I honestly can’t remember a time that I laughed harder during a Star Wars movie, and it was absolutely perfect.

But then IG-11 shows up and we get to see the coolest droid EVER in action.

The Good, the Bad, and the Ugly

They can’t say it didn’t warn them. IG-11 tries to give the two troopers a chance to hand Baby Yoda over, but of course they decline. Without even breaking a sweat (yes, I know droids don’t sweat, just go with me here), IG sends the two guys off to meet their maker and he and The Child take off on the speederbike.

But they’re not going back to the ship or making a run for it. Nah, IG-11 is a little pissed and heads directly into town, blasting every damned stormtrooper along the way. He expertly shifts our favorite baby around to protect him from the blasts flying around and by the look on his face, the little one is having a blast himself.

Of course we can’t forget about Mando, Greef, and Cara.

They’re still pinned down from last week, with Moff Gideon and an entire platoon of stormtroopers aiming a huge gun at them. From Cara’s and Mando’s reactions, the gun spells the end for them.

That’s when we learned Mando’s real name, along with finding out that Moff Gideon knows all about his past as well as Cara’s former status as a shock trooper. Our gang knows they’re in deep trouble and after a failed attempt to shoot through a sewer vent, they start discussing their pending end.

That’s when IG-11 and Baby Yoda show up.

Din (remember, that’s Mando’s name) immediately has Cara provide some cover-fire and he runs out to protect the baby. They wipe out a ton of the platoon but are ultimately driven back to where they started, and Din is seriously injured.

He took a shot to the neck and since he won’t allow Cara to remove his helmet, he insists on staying back while the others escape down the sewage vent that IG-11 cut open.

The droid insists on Cara taking the baby and that it will stay behind with Mando, and after a bit of discussion and Mando threatening to blast IG-11 in half, the Mandalorian allows his helmet to be removed. Remember, “no living thing” can see his helmet-less, but IG-11 isn’t a “living thing.” The loophole saves Din’s life and the pair quickly catches up with the rest of gang.

This is the Way

They make their way to the Mandalorian outpost and we learn that all of the Mandalorians that helped Din and Baby Yoda escape in episode 3 were wiped out. Mando is furious and starts to blame Greef, but the Mandalorian armorer survived and reveals that it was the Empire.

With stormtroopers destined to be on their trail within moments, we learn several important things. First, the armorer educates Din that The Child’s powers were similar to those used by a group of warriors known as Jedi, and that the Mandalorians have fought the Jedi before.

Next, the armorer reveals to Din that the baby is now a foundling, but they do not have the means to train him and he must protect him as a son until he becomes of age, or Din finds others of Baby Yoda’s kind.

Then, Mando gets a badass signet and a freakin jetpack. 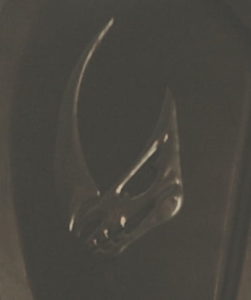 The armorer insists on staying behind and IG-11 and the group head off to escape the only way they can, down an underground river of lava.

Not only did IG-11 change Din’s views on droids (which we learn why he hates them via flashback earlier in the episode), when they see that a platoon of stormtroopers is waiting for them, the droid does what any gunslinger do.

After a heartfelt discussion with Mando in which IG-11 makes him promise to take care of The Child, the droid reverts to his basic programming which dictates that he must not be captured. It then exits the boat and goes off to clear the way for the escapees.

Self destructing and wiping out the entire platoon, in a single episode IG-11 set “himself” up to be remembered in Star Wars lore for generations to come.

Upon exiting the underground river, Din and company are immediately met by Moff Gideon in a TIE fighter. He strafes the area and luckily misses, but Mando quickly points out that it won’t happen again.

Though he was told he would have to practice before it completely responded to his commands, the Mandalorian uses his jetpack and grapple hook gadget to fly up and grab onto Gideon’s ship. After a couple of tense moments, Din manages to attach some explosives to the TIE fighter and maneuver the jetpack enough to land safely while Gideon loses a wing and crashes in the distance.

Of course this episode, and actually the whole season, leaves you wanting more, more, more, and the final scenes let us know we can expect a lot more when it does return. Greef and Cara state that since the Empire’s presence is wiped out (thanks to IG-11), they’re going to stay behind and rebuild a bounty hunter guild.

Greef offers Mando the chance to stay and have his pick of bounties, but he refuses. He has a mission. He has a “son” to return home.

The scene moves over to Gideon’s ship that is crashed upside down and partially buried in the sand, and we see a few Jawa already grabbing scrap. However, it’s when Gideon starts cutting his way out that my eyes went wide.

Not that he was alive, I figured that was coming.

The dude was hiding a lightSWORD of some sort.

And now I simply can’t wait for more.

Thank Yoda that they’re already filming season 2 and according to a tweet from writer Jon Favreau, it’ll be back this coming Fall. Preferably more than 8 episodes too. 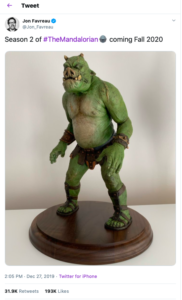 If you haven’t seen The Mandalorian yet, now is the perfect time. I’m pretty sure Disney+ still has the 7 day free trial and at 2 episodes a night, you can binge watch them all and make the decision on whether you want to keep the channel.

For now… I eagerly await more and will gladly watch this season over and over. I sincerely hope that they put it on DVD in one long run and with director commentary. I know I’d buy one.