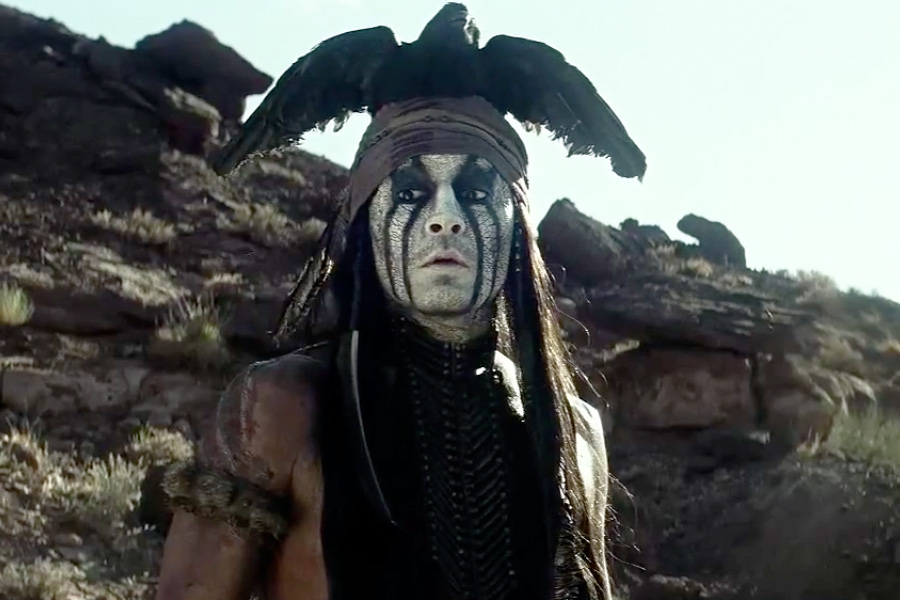 These are the words being used to describe Disney’s The Lone Ranger, which debuted on Wednesday to a “dismal” opening performance of only $9.7 million at the box office and is estimated to only haul in around $49 million for the entire 5-day weekend.

While first hailed as one of the summer’s most highly anticipated movies, the film (starring Armie Hammer as the infamous masked hero and Johnny Depp as his trusty sidekick) hit a snag just before its wide release when it received mostly negative reviews by critics. Whether the populace heeded the critics’ recommendations or not, the movie is poised to be the year’s biggest flop. Considering this, it’s hard not to wonder whether Depp, who has earned a favorable reputation for his string of  back-to-back successes at the box office, is losing his touch with the audiences.

The Lone Ranger marks the third consecutive film in which Depp has starred and which failed to shine. In 2011, The Rum Diary only earned $24 million with a budget of $50 million, and 2012’s Dark Shadows barely made back its $150 million budget with a petty $238 million in box office earnings.

Still, Depp’s dwindling number of faithful followers are certain to deny his declining popularity and cast blame to other factors. Sure, Depp isn’t the titular character of the film, but he did garner first billing nonetheless (yes, even though Hammer stars as the film’s hero), and each of the film’s trailers seemed to be mainly focused on featuring Depp portraying the Ranger’s Native American confidant as many times as possible. So much, in fact, that it’s really a wonder why the film wasn’t named “Tonto.” No one can argue that Disney wasn’t banking on Depp’s status as a megastar to propel this movie to the record books. If truth be told, though, no one really expected Depp to fail so miserably, either.

This isn’t the first big-budget summer movie that cost Disney millions.  Last year’s John Carter was produced with a similar budget of $250 million (not including the millions spent on marketing) and only earned $283 million during its entire theatrical run. The extreme budget, the lack of box office dollars, and the mixed reviews from both critics and audiences firmly stamped the film as a flop and failure.

But there was one unquestionable difference between The Lone Ranger and  John Carter – the latter film didn’t have the influence and star power of Johnny Depp.

Disney surely didn’t expect such indisputable defeat with The Lone Ranger (Despicable Me 2 raked in an impressive $142 million, firmly taking the number one spot for the weekend), especially with Depp as its top-billed star. In the past decade, Depp has earned billions and billions of dollars for Disney with four Pirates of the Caribbean films (and a fifth on its way) and 2010’s Alice in Wonderland.

The Pirates of the Caribbean series has by far been the most successful film franchise in which Disney has had its hand. The first four films grossed nearly $4 billion internationally, making it the sixth most successful film series in history. Those movies also had three things in common with The Lone Ranger – producer Jerry Bruckheimer, director Gore Verbinski, and movie star Johnny Depp.

This time, however, Disney’s champion trifecta seems to have lost all its former magic in captivating the audience.

So, what went wrong with The Lone Ranger? Maybe the inability to connect with the younger generations played a major part. After all, how many of us can reminisce about watching The Lone Ranger when we were youngsters? Perhaps it’s time for Westerns to be sorted into that lonely category filled with forgotten novelties of the past, just like silent films and musicals. Whatever the true cause may be, it’s certain that Disney won’t be yielding billions of dollars from another popular movie franchise (which, of course, was their ultimate goal with The Lone Ranger), and they will surely think twice before relying so heavily on a falling star.

Bull. Blame who you want but Johnny chooses his parts not based on fame but what he chooses to do. Critic’s are like behinds everyone has one and alot of them just stink