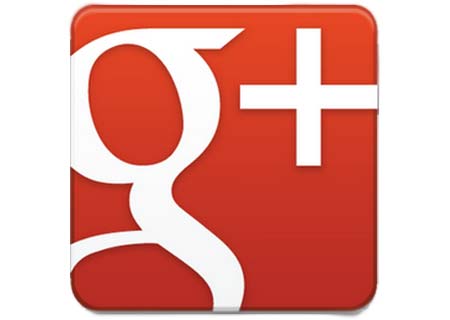 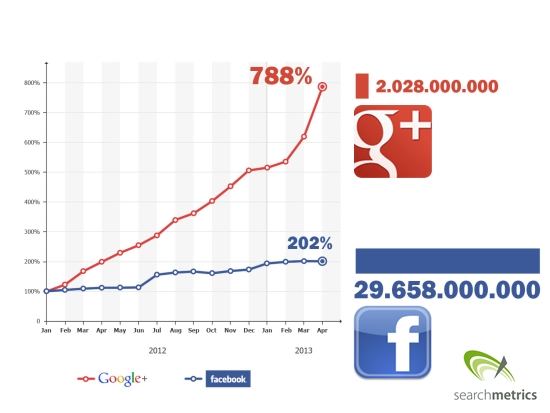 In a blog post on their site, Searchmetrics has pointed out that while Google+ is behind Facebook in terms of absolute number of users, it is growing at a much more rapid rate than Facebook ever has. Since Facebook already has a much larger base of users, it is growing at a smaller pace. But Google+ has a relatively smaller base of users. Thus it achieves a much higher rate of growth.

Searchmetrics also pointed out how Google’s tactics contribute to Google+’s growth. For example, activating an Android smartphone mandatorily requires a Google+ account. With 900+ million activations by early this year, that’s a lot of Google+ accounts coming right from Android. This translates to a growth of more than 100% with the 400 million user base last year. Most other products of Google come bundled together with a single Google account. If you have a Gmail account, for example, you do not need to do much to join Google+. All this further supports Google+ growth.

However, the blog post conceded that Facebook is far ahead of Google+ in terms of user engagement. Most people do not use their Google+ accounts. Facebook users on the hand, tend to spend a lot more time on the site.

Comparing percentage growth rates for the two networks over the past 6 months, the analysis saw Facebook grow by 10% per month in the US, while Google+ grew by 19% per month. At this rate, the forecast projected Google+ overtaking Facebook by February 2016. 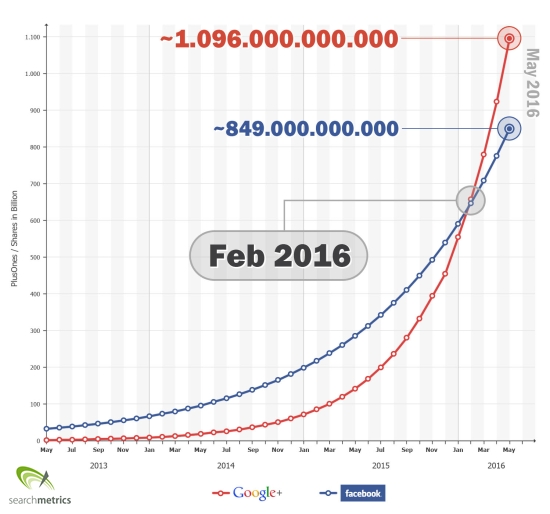 What do you feel about Google+ being the biggest social networking giant? Let us know in the comments below.