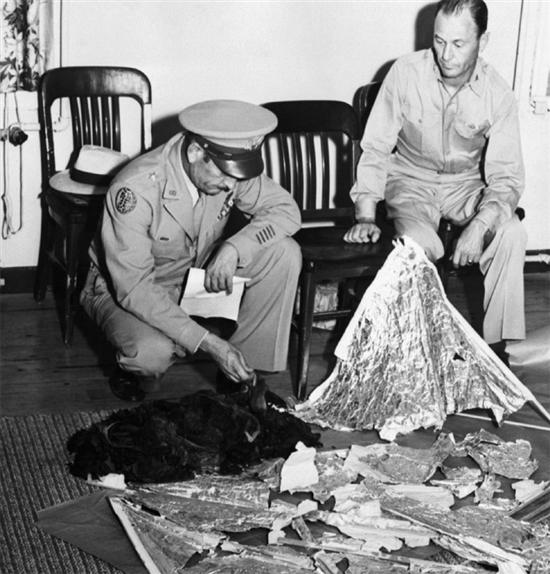 An alien vessel has crashed in Roswell, New Mexico!

No, this isn’t 1947 in rural America, it’s a Google Doodle! Who would have thought that 66 years later, the Roswell UFO incident would be famous enough to earn itself one of the best Google Doodles yet? Well, probably everyone.

For those who don’t know, a Google Doodle is that Google logo that is situated right above the search bar. You know, the ones that changes all the time to keep up with events, or sometimes just for fun. Some wiggle, some blink, some do nothing but look cool, but the best of them are actually interactive. Google is bringing the humor of it’s Google Doodles to the Roswell scene, to help shed some light on the truth behind the incident. Just kidding, it’s totally just a cute little point and click game that’s fun.

On July 7th 1947, an unidentified craft crash landed in Roswell, New Mexico. I bet you thought it happened on July 8th, but in reality the 8th is the anniversary of the press release stating that the Air Force had in it’s possession a, “flying disk.” Since that (arguably) false announcement, the Roswell UFO incident has become the most well known UFO incident in the world.

It wasn’t an immediate jump to fame for the little New Mexico town though. I’m sure none of us are old enough to remember that it wasn’t even a big deal for about 30 years after the event. It wasn’t until Major Jesse Marcel was interviewed decades later, that he voiced his opinion that the United States government had covered up an alien craft landing. This held weight because Marcel was one of the people who was part of the actual recovery team who went to Roswell to retrieve the debris. Since then it’s become pretty hard to not know of the event.

But, what if there wasn’t any debris by the time Major Marcel arrived for clean up duty? Google would have us play through this alternate time-line, as none other than the alien himself. In classic point and click adventure style, you guide our extraterrestrial protagonist around a rural farm area to collect parts for his ship in order to make a quick escape. It’s short, simple, sweet, and one of the best Google Doodles to date. Complete the game and you’ll be treated to a little newspaper with an alternate headline, that will link you to a Google search of information regarding the actual incident.

I bet if they’d had Google and the internet back in the days of Roswell this would have all been figured out by now. Someone would have just given the documents to Wikileaks or something and we’d be hanging out with little green dudes from the far sun who just want to party and get space wasted on Jupiter juice. That’s how I imagine contact with other beings anyway, probably because it’s less frightening then being blasted into oblivion by alien technology.

This Google Doodle obviously isn’t going to put to rest anything to do with the Roswell Incident. The government of the United States still claims it was just a weather balloon. But, there are plenty of people wearing tin foil hats in the basement that say otherwise. Reading through all the the witness accounts on Google can give you a spooky feeling that maybe the conspiracy theorists are right. I mean just look at the proof here: There is not proof, I wonder if you stopped to read this Sonia or Faith  I mean That’s pretty undeniable stuff right?

Oh hang on, there are some suit wearing gentlemen at my door.

My mistake, it would appear that the government was correct in their assessment of the crash site. The Google Doodle is entirely a work of fiction and should be taken as nothing more. Please enjoy it as such.