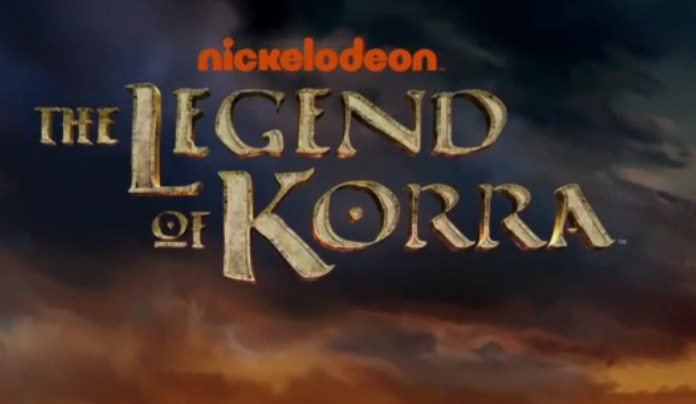 Book Two: Spirits, the next chapter in The Legend of Korra premieres this September, on Nickelodeon.

The Legend Of Korra

The series is the successor to the highly successful, critically-acclaimed Avatar: The Last Airbender, and follows the training and adventures of the new Avatar, Korra of the Water Tribe.

Bryan Konietzko and Michael Dante DiMartino, creators of Avatar, released an extended teaser trailer at Comic-Con 2013, which you can view below.


If you’re like us at Geek Insider, you were blown away by the gorgeous production values showcased in the trailer.

The high-quality animation, perfectly complimented by haunting violin strains, shines through the entire trailer, whether in intense fight sequences, character teases, or the surreal vistas of Spirit World sequences.

The Aftermath of Amon

In Book One: Air, viewers were treated to the familiar, yet much changed, world of Avatar.

In the fifty odd years since Aang defeated the expansionist Fire Nation, an influx of new technologies have drastically altered the landscape.

Viewers marveled along with new Avatar, Korra, at the newfangled Satomobilies, telecommunications, and other developments made possible through the uniting of the four elemental nations’ peoples in Republic City.

But these new technologies prove to be a double-edged sword, as they have balanced the playing field between benders and non-benders alike.

None exemplified this shift in the status quo better than the anti-bending revolutionary, Amon, and his Equalist movement.

Already formidable,through training in chi-blocking techniques and their mysterious leaders’ ability to permanently seal bending abilities, the Equalists’ embrace of technology made their soldiers more than a match for most benders.

Thanks to the efforts of Team Avatar and their allies, the technological threat of Amon and his Equalists was thwarted.

With the physical world’s safety ensured (for the moment), Korra now turns her attention to the elusive world of Spirits. 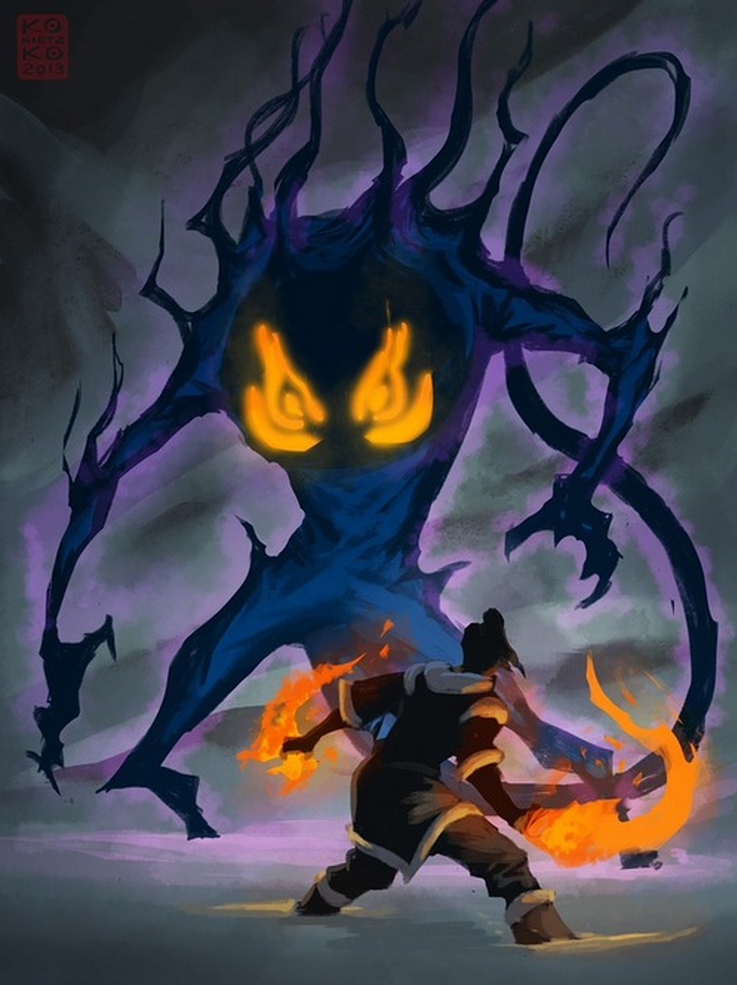 If the trailer is any indication, the upcoming season of Korra will focus less on the technological booms (pun intended) of Book One. Instead, as is implied in the season’s title, the spiritual side of Avatar will be front and center in Book Two.

This is only fitting, considering that Korra’s biggest weakness in the previous season was her lack of finesse in matters of the Spirit World.

As part of her ongoing training with airbending son of Avatar Aang, Tenzin, Korra’s connection to the Spirit World looks to be a major element in the arc of the new season.

The trailer has already teased some familiar faces from the other side, such as the owl library guardian of The Last Airbender’s second season. It also promises some new entities from that strange realm, both beautiful and grotesque.

And if the delightfully creepy Koh, the Stealer of Faces, doesn’t make a return appearance in ‘Spirits’, Avatar fans will riot in the streets, or at least be very, very disappointed.

Along with the titular Korra, fans can expect most of the featured cast of Book One to return.

Sure to play a large part in ‘Spirits’ is Korra’s aforementioned teacher, Tenzin, as well as his mischievous airbender children.

Korra’s friends and pro-bending teammates, brothers Mako and Bolin, remain as fixtures for Book Two. Mako’s developing romance with Korra is sure to be central to the plot, after their relationship escalated in last season’s finale.

We can only hope that jovial, good-natured Bolin gets some lovin’ too next season, and not just from his adorable fire-ferret, Paku.

Also returning in ‘Spirits’ is the beautiful, tech-savvy Asami, shown tearing up in the trailer. As the jilted lover of Mako, she is sure to complicate matters in Book Two, or at least make everyone feel super awkward.

Korra’s family plays a bigger role in this season, with her parents more fleshed-out from earlier appearances in Book One. New to the fold are Korra’s ‘annoying’ cousins, Desna (Aaron Himmelstein) and Eska, (Parks and Recreation’s Aubrey Plaza.)

Perhaps the most exciting reveal for ‘Spirits’ is the character of Wan, for multiple reasons.

Besides being certain to contribute much to the series’ mythology, being the very first Avatar, Wan is also voiced by Steven Yeun, better known to many as Glen on AMC’s The Walking Dead.

If the incredible teaser trailer, exceptional voice talent, and emphasis on the Spirit World are any indications, the new season of The Legend of Korra is sure to be a big hit for Avatar fans and Nickelodeon alike.