This week, Nicole Kidman and Jason Bateman look to their past while searching for their missing parents in The Family Fang.

If You’re in Control, the Chaos Will Happen around You

Growing up was anything but boring for Annie and Baxter Fang. Their parents made sure of that by featuring the youngsters in a string of conceptual art/performance pieces. But a childhood of make-believe has left the adult Fangs (Kidman and Bateman) struggling to adjust to reality. It’s also left them estranged from their parents Caleb and Camille (Christopher Walken and Maryann Plunkett). When the elder Fangs go missing in what looks like a violent attack, Annie and Baxter are drawn back into their parent’s world where fact is no match for a carefully constructed fiction. And nothing is ever quite what it seems. But such is life in The Family Fang.

And such is life in Jason Bateman’s film. Stepping into the director’s chair for just the second time, Bateman has crafted a tender, passionate portrait of a family fractured. 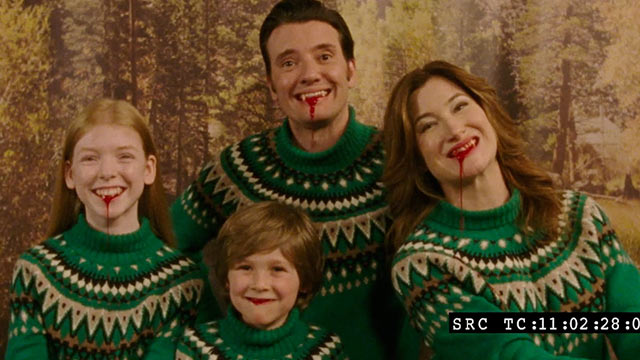 We meet that family in its infancy. As they prepare for one of their performance bits, the voice of younger Caleb delivers some key words of wisdom about performing. His wife and children hang on every word. They listen. They laugh. They taste the fake blood. And then they perform, staging a lollipop bank robbery and capping it with a pointed message to live life while it’s still sweet. Their performance is an instant of pure familial bliss. It will not last. In fact, we quickly cut to modern day and find that an older version of Annie is watching the performance on VHS. She looks happy. And pensive. After a moment of contemplation, she jumps up and declares that she’s found something.

We have no idea what that something is. And no idea what’s going on. That’s because Bateman kicks The Family Fang off like so many (too many) films have of late – with an unexplained ‘Eureka!’ moment that’s meant to tie the whole film together when the story catches up. Spoiler alert – it never does. The bad news is that The Family Fang is no different. The film cuts away with a ‘one month earlier’ motif and we start over in a different time period. The ‘Eureka!’ moment is revisited about 40-minutes into the story and has little impact on the overarching narrative. The good news is that Bateman doesn’t let that miscue sink his film.

Much like The Fang’s intricate, insightful ‘happenings’, The Family Fang has no interest in straightforward narrative. And Bateman uses a savvy bit of cutting to establish three separate time periods early in the action. He spends the rest of the film gracefully shifting between them. The complex structure visits the distant past of The Fang’s glory days, the angsty moments that lead up the disappearance and the children’s search for answers. The film twists and turns often, but Bateman keeps a firm grasp on the wheel and guides the action with a slow and steady hand. He never lingers too long on any one particular time period and delivers just enough intrigue to give each time leap a potent emotional impact.

The film’s cast has a lot to do with that impact. And Bateman gets the most out of the talented group, pulling tender, restrained performances from Walken, Kidman, and Plunkett – not to mention himself. Bateman & Co. wisely leave the melodrama out of the film’s slippery emotional terrain. That leaves even the most poignant scenes to develop with a degree of impassioned realism. The Fangs are who they are. And they make no apologies. As the story unfolds, their lives and their art and their grand performances meld in beautiful and unexpected ways. All that restraint keeps the underlying drama of The Family Fang firmly based in the real world. And you’ll be all the more involved because of it … even in the film’s final act when the twists come a little too often. And even if those final twists are a little too easily resolved. 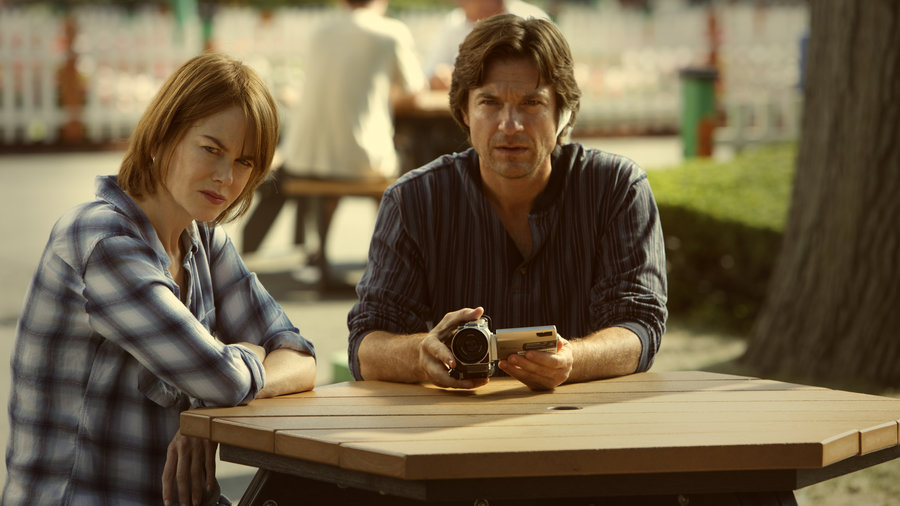 Absolutely. The Family Fang is a restrained, delicate little film with a lot of bite. And it’s well worth your dollar this week. For fans of Jason Bateman, it’s also proof that the gifted actor is becoming a director to watch. If you don’t believe that, then you should drop a few more bucks on Bateman’s underrated debut Bad Words (2013). That’ll cost you an extra $3.99 (and about 90-minutes) but you’re guaranteed a few laughs. A heavy dose of snark. And a surprising amount of style … The Family Fang is nothing if not gorgeous to look at. That last bit may come as a surprise. But you just might find that Director Bateman is full of surprises. Just like his clever little films.