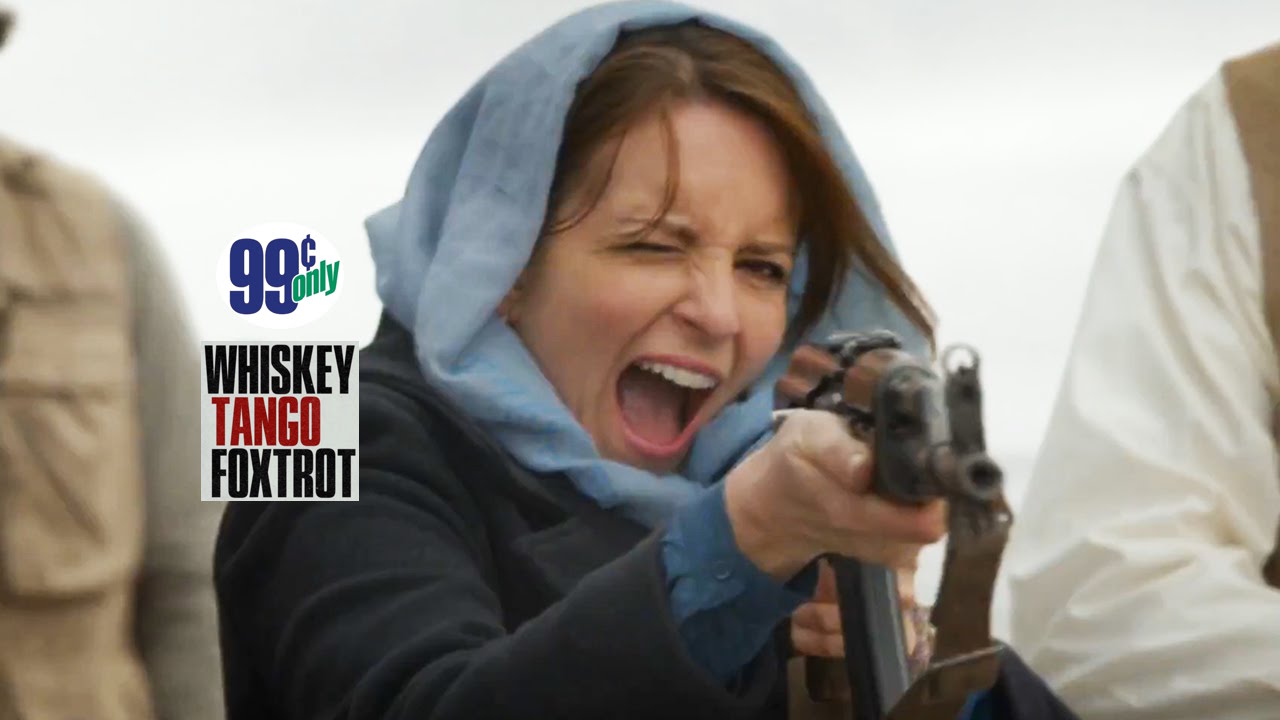 This week, Tina Fey takes on the war in Afghanistan with the ‘based on a true story’ dramedy, Whiskey Tango Foxtrot.

You Embrace the Suck and You Move the Fuck Forward

Kim Baker (Fey) has spent most her professional life writing fluff pieces for pretty celebrity newscasters. So when the chance to do some actual reporting presents itself, she jumps – right into the war-torn deserts of Afghanistan. And right into the booze-fueled underworld of the thrill-junkie journalists that live there. But life in the desert is often more booze than bombs. As Kim struggles to balance the hard-partying atmosphere with her journalistic aspirations, her life quickly spins out of control. Sadly, Whiskey Tango Foxtrot suffers the same fate. 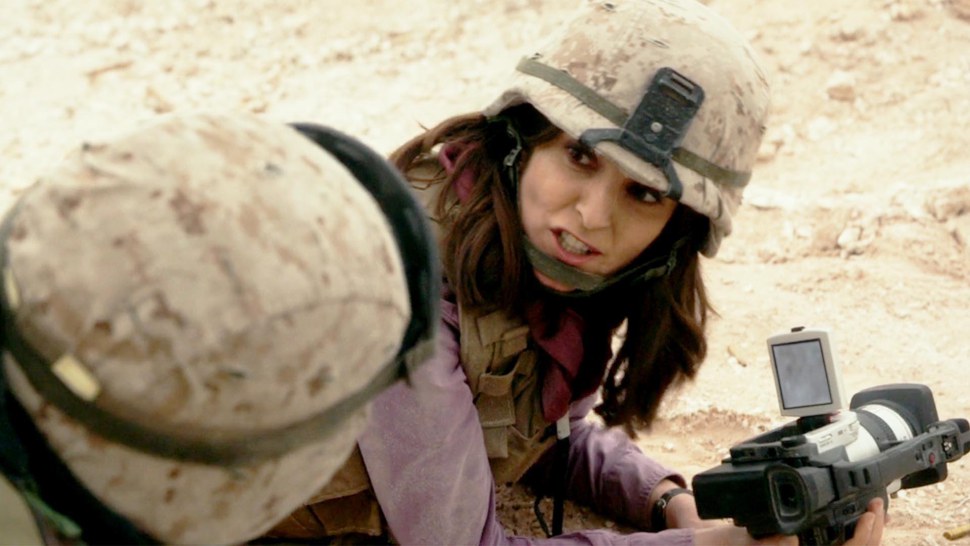 I Think I Can Paraphrase That

There’s been a frustrating trend lately for movies to open their action mid-story, then flash back to the beginning. Used effectively, the tactic provides a stark contrast to the characters and the story yet to unfold  – see Reservoir Dogs (1992). More often than not, it proves a cheap tease designed to make viewers believe that the story they’re watching will eventually have an impact – see War Dogs (2016). The difference is easy to see – if the moment doesn’t matter when the story catches up, then the moment doesn’t matter at all. Whiskey Tango Foxtrot Co-Directors Glenn Ficarra and John Requa did not get that memo.

Ficarra and Requa open their film circa 2006 with Fey’s Kim Baker partying down in Kabul with her fellow newsies. The raucous event grinds to a halt when a bomb hits the city and the gang rushes out to get their coverage. With a hot story on hand, Fey’s would-be newscaster is shocked to find her network is ignoring the coverage. The film cuts back to 2003, where we find a mousy version of Baker plugging away as a copywriter for the same network. The toil of Kim’s day-to-day life should prove a sharp counter-point to the war tested party girl we’ve just seen. But Ficarra and Requa rush right through that toil. And after a few brief moments they rush Kim right into the desert. They do so before we’ve even gotten a chance to know her. Because we don’t know her, we never see her grow into that adrenaline addicted party girl. Because we never see her grow, there’s little impact when the film catches up to that moment in 2006. There’s a serious lack of impact throughout Whiskey Tango Foxtrot.

That has a lot to do with a misguided screenplay from Robert Carlock. His adaptation of Kim Baker’s novel lacks the focus and humor of its source material … and therefore lacks the same bite. The filmmakers attempt to make up for those shortcomings by putting Fey front and center and surrounding her with other funny people like Martin Freeman, Margot Robbie, and Billy Bob Thornton. That talented trio is more than capable of bringing energy, laughs, and drama into the mix. But, save for a few charming moments focused on Fey’s and Freeman’s relationship, there’s just not enough for them to work with. Whiskey Tango Foxtrot wants to be funny. And dramatic. And political. It wants to be a gritty wartime action film. And it wants to be a ‘woman of a certain age’ rom-com, too. But it never devotes itself to any of those styles. So it never finds an identity of its own.

Over its egregiously long near two-hour runtime, the film covers such heavy topics as the struggle for Afghani women to have an identity, the challenges of female journalists in Muslim countries, the gross oversight of the war in Afghanistan by the US, and the deplorable business of the 24-hour news cycle. But the filmmakers glance over those topics with the same casual approach they do their central character. By marginalizing those complex subjects, they all but refuse to bring any fresh perspective. Yes, women have it tough in Afghanistan. Yes, female journalists have it tough all over. Yes, the US – citizens, media, military, et al – should’ve paid more attention to what was happening in Afghanistan. Yes, the 24-hour news cycle is a disgusting bit of business. And yes, it is just a business. But if you need Tina Fey to teach you those things, then you probably don’t care all that much about them to begin with. And you’ll probably forget all about them once the credits roll. But if you are aware of them … well, you’ll likely expect better than Whiskey Tango Foxtrot. 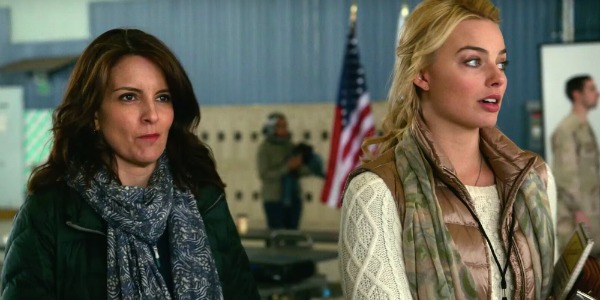 Look, I love Tina Fey as much as the next guy. And I’d watch Martin Freeman read the phone book for an hour given the chance. But Whiskey Tango Foxtrot too often plays against their strengths. And it never finds balance in its story. As a comedy, it’s not funny. As a drama, it’s lacking in depth and character. As a political statement, it just doesn’t have any teeth. For those reasons – and many more – I can’t recommend Whiskey Tango Foxtrot. So save your dollar this week. But if you’re in the mood for an insightful middle-east war satire, think about watching – or re-watching – David O. Russell’s near flawless Three Kings (1999). ‘Cause that film actually delivers on its promise of big laughs, big drama, and biting political commentary. And you can check it out right now for just $3.99 via iTunes. So see that you do.