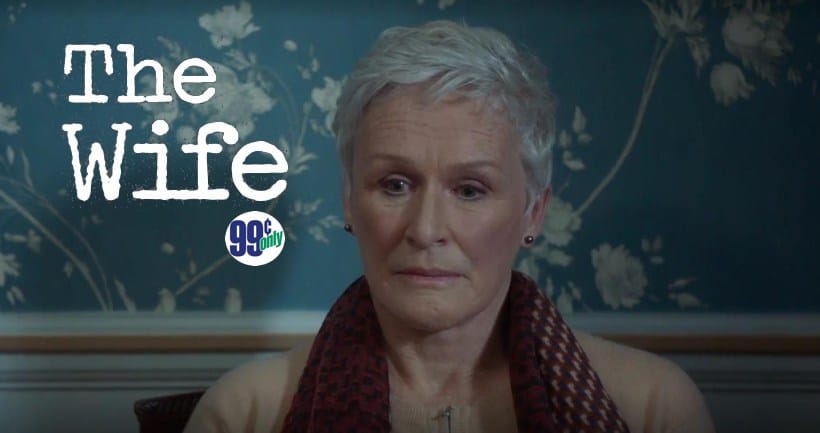 This week, long-kept secrets surface and a marriage begins to crumble when an aging novelist wins the Nobel Prize for Literature in The Wife.

Over his decades-spanning career, Joe Castleman (Jonathan Pryce) has been one of the most respected writers in literary circles. His wife Joan (Glenn Close) has been by his side every step of the way … and may have played a bigger role in his success than anyone can imagine. When the Nobel committee decides to reward Joe for his sprawling, influential body of work, tensions flare, and the couple’s seemingly happy relationship is tested in ways it may never recover from. So begins Björn Runge’s mostly marvelous chamber drama The Wife. 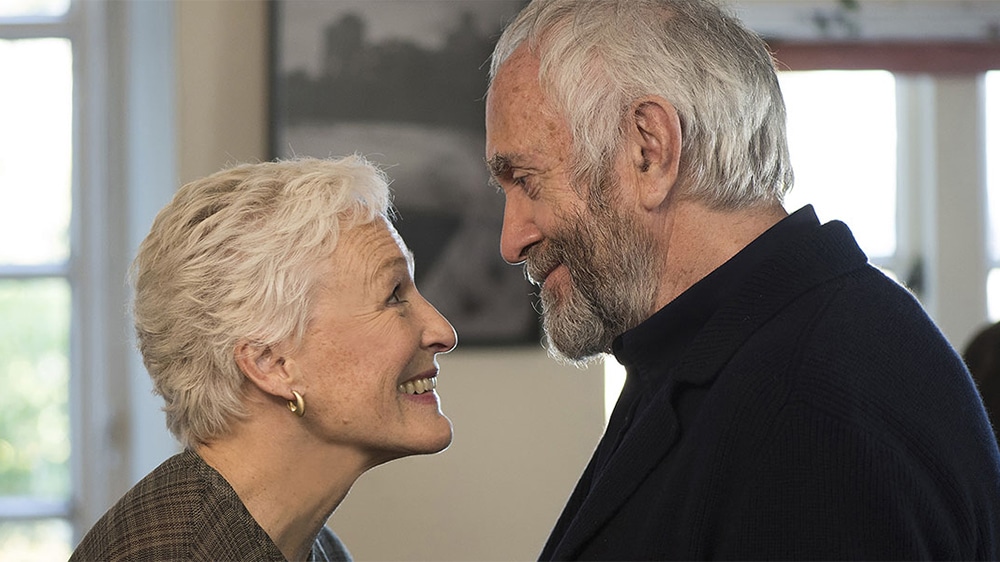 Hopefully, the words “chamber drama” didn’t frighten too many of you off. While The Wife (which unfolds over a brief period(s) in time, features just a handful of key players, and even fewer locations), proves a haunting, elliptical study of the proverbial woman behind the man, it’s far from your run of the mill chamber piece. Point of fact, The Wife mostly utilizes the bare bones methodology of said approach as framework for a sweeping, novelistic character study. One that’s bursting at the seams with a stoic, intellectual emotionalism.

As far as The Wife‘s novelistic nature, it should come as no surprise that the film is, in fact, based on a novel. In spite of its source, Brunge’s adaptation (penned by Jane Anderson) more often than not feels like a play set over three separate time periods. The first of those periods occurs in 1992, and finds an aged, anxious Joe and Joan learning the beloved author will be receiving literature’s most coveted honor. The second unfolds months later with the clearly strained couple in Stockholm to receive the prize itself. The third timeline is set in 1958, and finds a young Joan being tutored by (and falling in love with) Joe, a middling writing professor who seizes on his future partner’s knack for wordplay.

I mention those timeframes because the way Anderson and Runge handle them is the central problem with their film – the key issue arising with their failure to explore each in-depth (as Anderson so eloquently did as a co-writer on HBO’s immaculate four-part mini-series Olive Kitteridge). Instead, they seriously short the opening moments, then complicate matters by inter-splicing their two timelines (Stockholm & 1958). Though each section is photographed beautifully, and told with utmost sincerity, the Stockholm timeline is the only one that actually earns a dramatic impact. 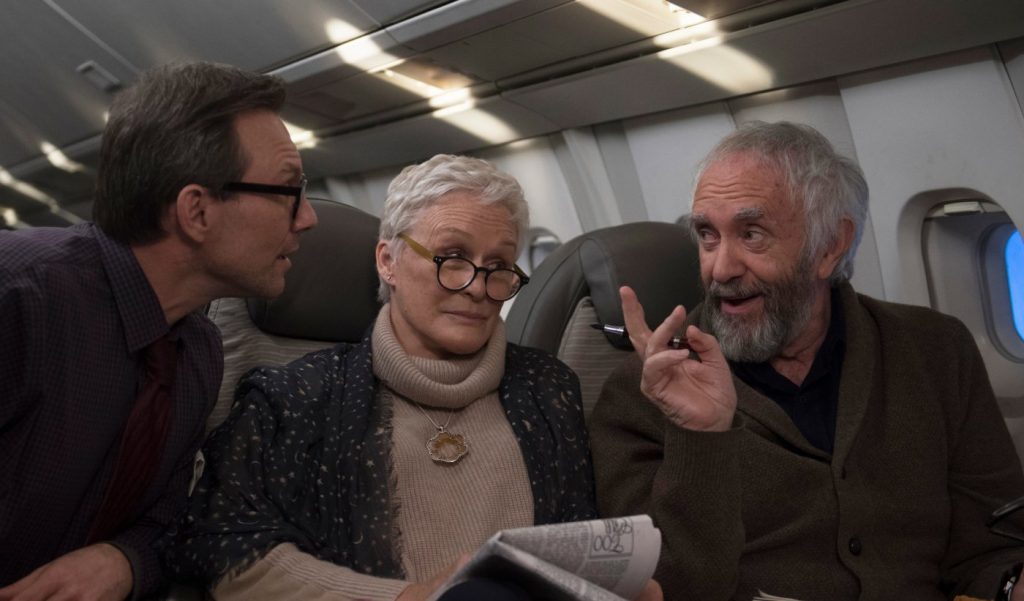 Luckily, that impact packs a substantial, and wildly emotional wallop. As you’ve likely heard by now, Glenn Close’s hushed, harrowing, and widely celebrated performance as the older Joan is a big part of that impact. Of her work in The Wife, I can confirm with all certainty that Close earns any and every accolade bestowed upon her. Quite frankly, if Academy voters had any inclination as to how much harder it is for an actor to convey emotion sans grandstanding dialogue and speeches, she likely would’ve earned her first Best Actress Oscar for it. Close’s work is all the more impressive because it comes opposite a big, boisterous performance from Jonathan Pryce … a performance that may well stand as the beloved actor’s finest work.

All of which makes it such a shame that the film’s overarching story doesn’t quite measure up, and eventually goes the way of melodrama. Even if the film’s muddled narrative strays a bit too far from the understatement inherent to chamber drama, The Wife is still surprisingly effective when its wicked intellect sets to satirizing the absurdities (and patterned sexism) of the literary elite. Particularly poignant is a moment in the 1958 timeline that finds a young, idealistic Joan being told in no uncertain terms that, even if she manages to get her work published, it will never be championed by male critics, and will never be read in literary circles.

In these moments – those that find Close’s Joan tacitly pondering every life decision behind a mordant gaze apt to set fire to the system that forced them on her – The Wife is as perfect a chamber piece as cinema has seen. Much like the tortured life Runge’s film presents, it’s also a lot less interesting when the titular character takes a backseat. 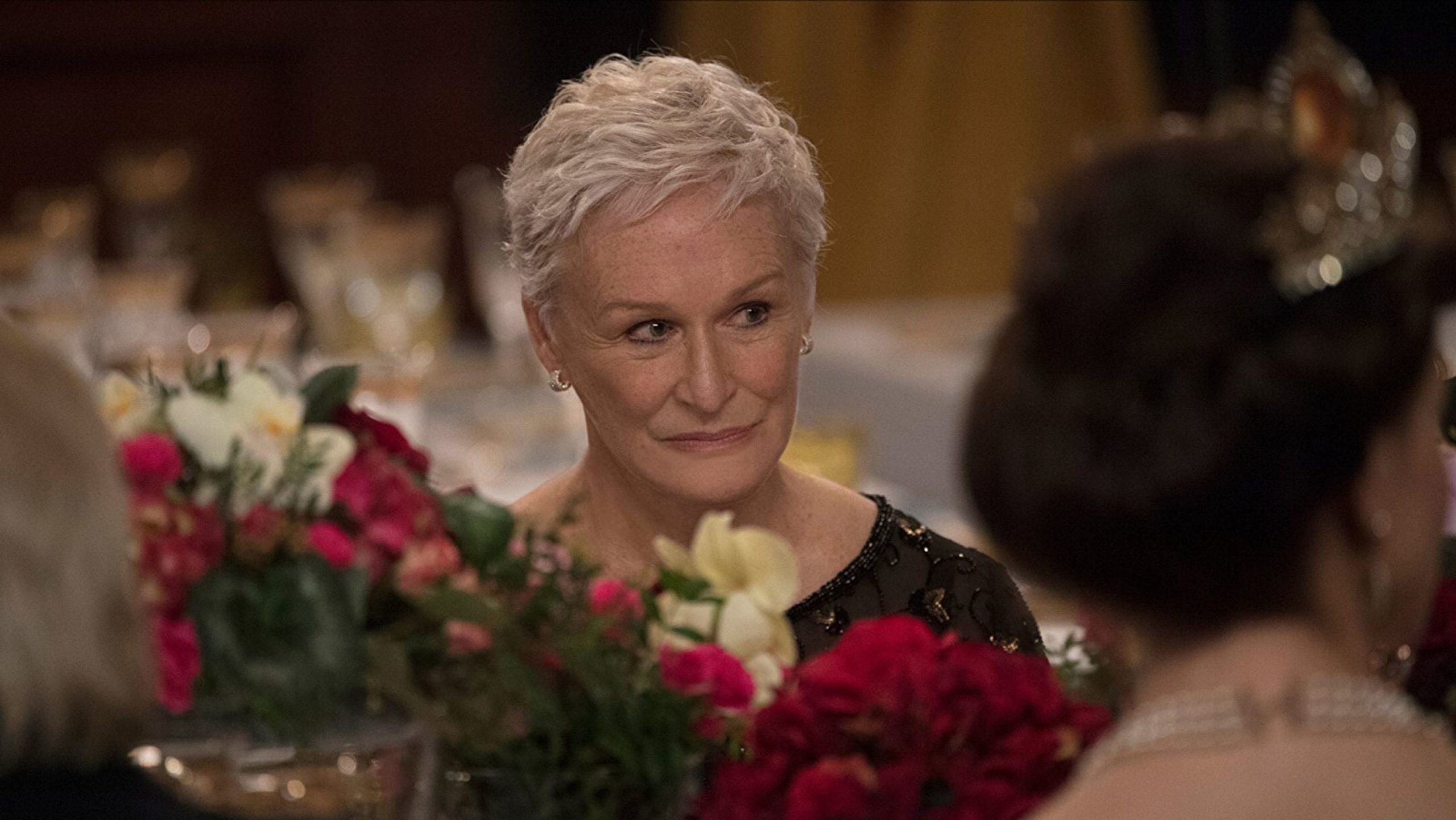 You bet. While The Wife doesn’t always satisfy on the dramatic front, the performances of Close and Pryce alone more than make this one worth the price of admission. So pony up that buck with confidence this week, and enjoy what may be the crowning performance of Glenn Close’s celebrated career. Just be warned that sitting through The Wife can feel a lot like watching people pick at an emotional scab for 100 minutes or so. Please understand I generally mean that in a good way.