Home Entertainment The iTunes $0.99 Movie of the Week: ‘The Disaster Artist’
Entertainment

The iTunes $0.99 Movie of the Week: ‘The Disaster Artist’ 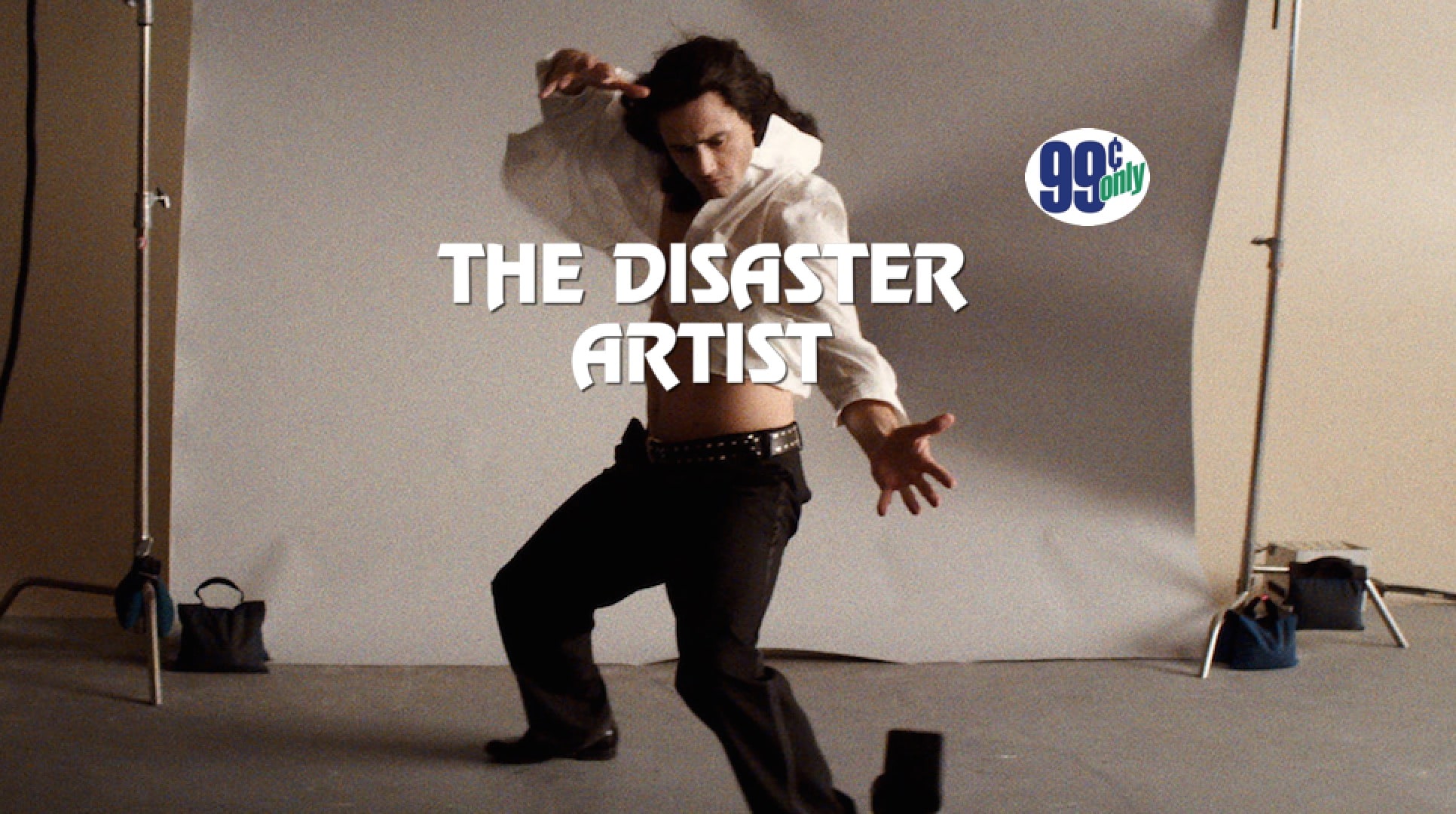 This week, James Franco tackles the totally bizarre and totally true story behind the best worst movie ever made in The Disaster Artist.

Just Because You Want It Doesn’t Mean It Can Happen

When aspiring actor Greg Sestero (Dave Franco) meets an enigmatic stranger named Tommy Wiseau (James Franco) in one of his acting classes, he doesn’t quite know what to make of the eccentric character. But Tommy’s passion is infectious, and it isn’t long until he’s convinced Greg to take the plunge, move to Hollywood, and make his dreams come true. When that doesn’t happen, Greg and Tommy set out to make it in Tinseltown on their own terms. The result was 2003’s The Room … which is widely regarded as one of the worst movies ever made. The Disaster Artist is the (mostly) true story of how it all happened.

That’s no understatement about The Room, by the way. The film – written, produced, directed, and starring Wiseau – really is quite terrible, no matter what its cult status defenders and midnight screeners would have you believe. To be frank, the only genuinely remarkable thing about Wiseau’s abominable little melodrama is that so many people have had such a hearty laugh at its expense, and that the movie, which recounts The Room‘s inauspicious production, turned out to be quite good.

And yes, The Disaster Artist is a really good movie about the making of a really bad one. It helps, of course, that the story and characters behind The Room are a lot more interesting than the movie itself. That story featured a little romance, an eerie bromance, a shadowy mystery man, a stirring underdog tale, a lot of heart, some big laughs, and a startlingly bittersweet finale, all of which makes it ideal fodder for a big screen comedy. Throw in a ceaseless parade of cameos by some of the funniest people in Hollywood (Seth Rogen, Danny McBride, Ari Graynor, Alison Brie, Bob Odenkirk, Adam Scott, Kristen Bell, Lizzy Caplan, and Judd Apatow amongst them) and, well, you’ve got a recipe for something even bigger.

Big was certainly what Oscar nominated screenwriters Scott Neustadter and Michael H. Weber had in mind when they set about adapting the book The Disaster Artist is based on. In adapting Sestero’s and Wiseau’s sprawling journey from Hollywood nobodies to infamous somebodies, the writers found themselves with the daunting task of telling a story that feels at once down to earth and otherworldly. That’s just what they achieve with their script for The Disaster Artist, pitting the awe-shucks charm of Greg Sestero against the near extraterrestrial eccentricities of Wiseau. In doing so they find a story rife with laugh-out-loud comedic bits. What’s most surprising is just how much heart and drama they cull from that story as well.

Heart and drama is where the film’s cast comes into play, of course. And what can we say about the cast of The Disaster Artist except that, top to bottom, they mine that script for every drop of comedy and drama they can find while also bringing each character (no matter how big or small) to vivid life. They do so under the watchful eye of director/co-star James Franco, who, after years of directing intriguing but wildly uneven indie flicks, puts it all together here to deliver his strongest feature film yet … which is one of the reasons it’s been so disheartening that Franco’s alleged bad behavior (on set and off) has sullied the film’s reputation. We can only hope that the stellar work of the rest of The Disaster Artist‘s cast and crew isn’t lost in the mix.

Given the troubling wave of accusations levied against James Franco earlier this year, we can understand that you might not be ready to forgive the actor for his alleged transgressions. To be honest, we’re not quite there ourselves (we actually saw The Disaster Artist prior to the allegations being reported, and did not pay the $0.99 rental fee). We actually came close to reviewing something else this week instead. Rather than avoid the elephant in the room, we’ve decided it’s best to trot it out and give you a chance to you decide for yourself.

To be clear, if you’re not ready to forgive, we’d recommend saving that dollar this week (or even donating it to Times Up in a show of solidarity), ’cause Franco – who produced, directed and stars – is front and center for almost every frame of this film. However, if you’ve already boarded the Franco forgiveness train, you’ll find The Disaster Artist is a very good movie that brings a surprising amount of heart, soul, and humor to a truly unforgettable underdog tale. Maybe one day we’ll be able to acknowledge that fact without feeling weird about it.

Vinyl Me, Please May Edition: Carla Thomas ‘Comfort Me’