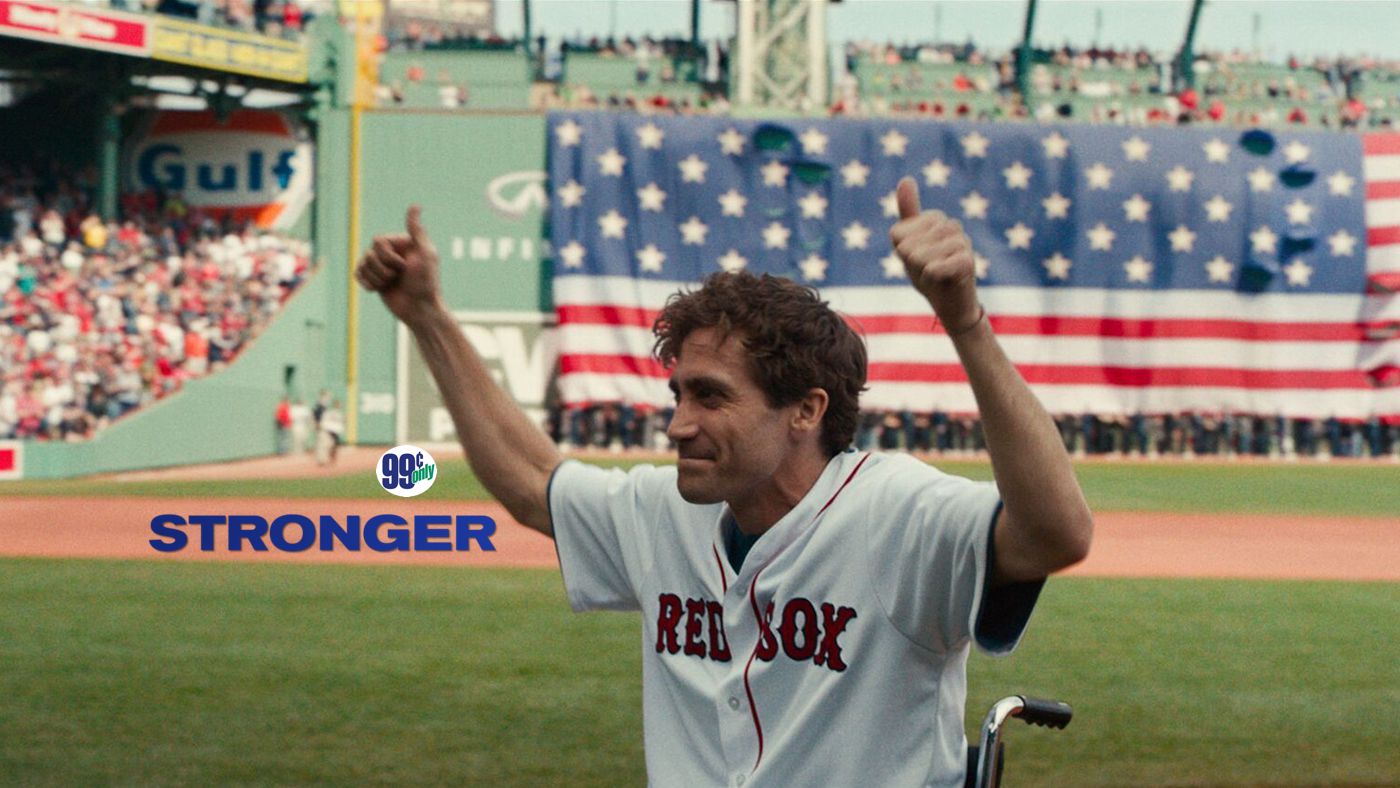 This week, a man loses his legs but finds his heart in the Boston Marathon bombing drama, Stronger.

I’m Gonna Be There … At the Finish Line

April 13, 2013. The city of Boston celebrates the 209th Patriot’s Day holiday with a series of commemorative festivities, an annual Red Sox home game, and of course, the day’s biggest event, the running of the Boston Marathon. At approximately 2:49pm, the celebration officially ended when two homemade explosive devices detonated within seconds of each other near the Marathon’s finish line. The explosion left three dead and hundreds more wounded. Among the wounded was Jeff Bauman, there in support of his on-again, off-again girlfriend Erin Hurley. Stronger is their story.

I’m a Hero Just for Standing There and Getting My Legs Blown Off?

For the record, they were off-again at the time of the fateful event. That’s not a spoiler, really. David Gordon Green’s marvelously subversive Stronger doles out that information in the opening moments of the film. Like much of the story that follows, the film skillfully underplays the inherent melodrama that might emanate from that fact. In doing so, Stronger manages to feel like something fairly radical — a biopic that actually cares about presenting the warts and all truth of its protagonist.

Jeff Bauman (Jake Gyllenhaal) is the very definition of a warts and all kind of guy. The kind of guy who’s smart,  funny, and kind-hearted enough to almost make you overlook the fact that he lives with his mother, spends too much time getting drunk with his buddies, and is patently unreliable. That last trait had apparently been the breaking point for his ex Erin (Tatiana Maslany). The film opens with the pair running into each other at a bar and Jeff desperately trying to talk his way back into her good graces, eventually vowing to be at the finish line to cheer Erin on in her Marathon run. It’s a vow Erin dismisses knowing Jeff’s penchant for not showing up. Of course, this time he did, and the cost of showing up is almost unbearable for both.

Rather than sensationalize the manhunt for the perpetrators of that tragedy (a la the underwhelming Patriot’s Day), Stronger is a film more concerned with the human cost of it. As such, Green and Co. downplay even the moment of the explosion itself, presenting the horrifying moment from the point of view of Erin rather than Jeff, who was just a few feet away from the first device. They even take much of the steam out of the fact Bauman was the one who I.D.’d one of the bombers for the FBI and set the manhunt in motion. As for the manhunt itself, it’s barely a blip in the narrative of Stronger, unfolding mostly in the background as Erin and Jeff try to figure out how to put the man back together without all of his parts.

If you don’t know the story already, Bauman lost both of his legs in that blast. Almost the entirety of Stronger‘s narrative unfolds after the fact. With a swathe of hand-held photography and minimalistic musical flourishes, Green wisely keeps that narrative small, focusing in on the intimate, day-to-day tragedies of Baumnan’s post-leg existence of physical pain, physical therapy, symptomatic PTSD, and general isolation. Those circumstances require some spectacle special effects work from Green and his team, but they also require Jake Gyllenhaal to spend much of the film on his back or in a wheelchair. The actor handles those restrictions with staggering grace (or occasional and necessary lack there of). He handles the complex emotional terrain of Jeff’s life with equal ease, delivering yet another in a long line of strong performances.

It helps that he’s matched every step of the way by Tatiana Maslany, whose turn as Erin is as tough as it is tender and as soulful as it is steadfast. For those of you who know Maslany from Orphan Black, her performance here will come as no surprise. If you’ve never seen Maslany before, it’ll come as a revelation. It’ll come as some revelation as well that Stronger isn’t just a story about Bauman’s recovery. It is a delicately observed story about Jeff and Erin falling back in love, and how complicated that act became. The second half of the film turns on Jeff’s reaction to a particular bit of news from Erin, and, well, if there’s a complaint to be lodged against Stronger, it’s that his reaction to said news is both heartbreaking and infuriating. So much so that, when Stronger begins the too-quick transition into its modestly happy ending, we’re left wondering if Jeff (all tragedies aside) has actually earned it. And we’re not entirely sure that’s what Green and Co. intended. 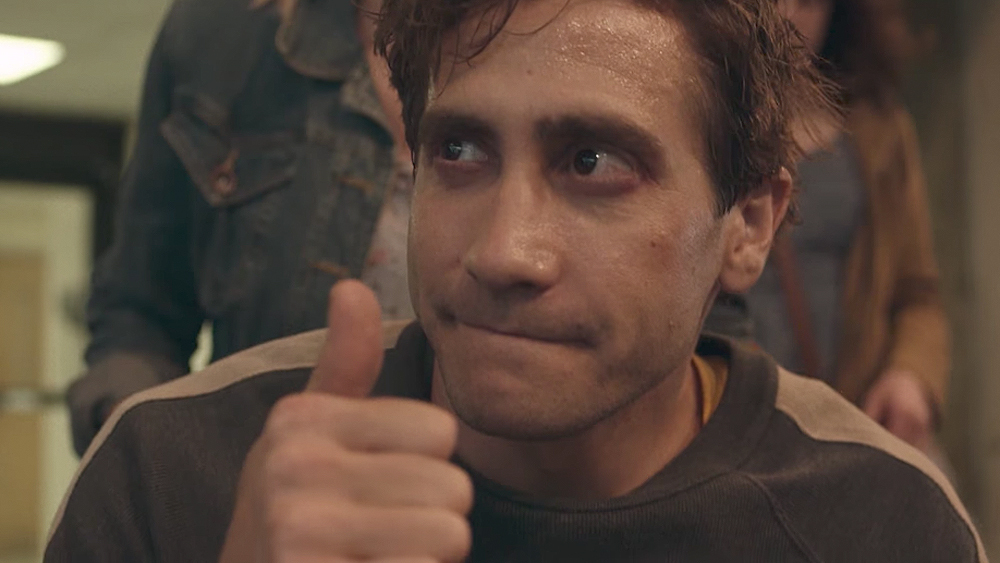 You bet. While Stronger comes close to falling apart in its final act, the moments leading up to that dew-eyed finale — bolstered by another powerhouse performance from Jake Gyllenhaal and what should be a subtly breathtaking turn from Tatiana Maslany (she really is that good here) — more than make the trip worth the destination. So pony up that dollar, grab a box of tissues, and settle in for Stronger, a harrowing true-life drama that feels far more true to life than most.