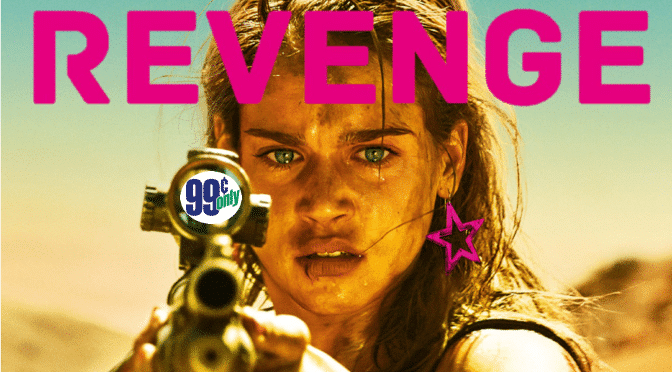 The Desert Is Sublime …

When party-girl Jen (Matilda Lutz) and her beau Richard (Kevin Janssens) arrive at a secluded villa, the stage seems set for a sexy weekend getaway with a stunning desert backdrop. Those plans change when Stan and Dimitri show up early for their boys only hunting trip with their pal Richard. Plans change again when a deplorable act of violence pits Jen against her male counterparts. Forced to flee into the desert with nothing more than the clothes on her back and her trusty lighter, Jen finds herself caught in a lethal game of cat and mouse … even as her refusal to play the role of sacrificial mouse quickly turns the game on its head. But can she outwit her pursuers and survive the brutal, blood-drenched world of Revenge? 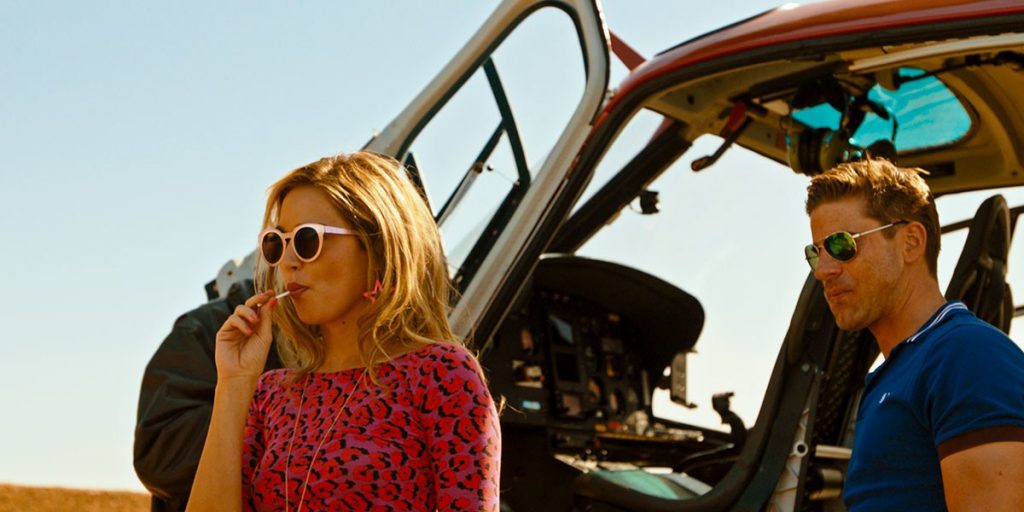 But Merciless With The Carless

No matter the genre, the very act of watching a movie requires a level of “willful suspension of disbelief.” All that means is you’re wholly aware that what you’re seeing (no matter how gritty or realistic) is a fiction, and that you accept said fiction in the context of the story being told. As some genres ask more from an audience than others, there’s often a delicate balance between a viewer “willfully suspending” their disbelief and thinking “this is utterly unbelievable dreck and I’m wasting my time watching it.”

It should come as no surprise to know that how much you enjoy Revenge is directly related to how much disbelief you’re willing to suspend. The film’s central conceit – that sees a Barbie-ish party girl transform into a Rambo-ish survivalist who’s surprisingly handy with a high-powered rifle (even after ingesting enough peyote to kill a small horse) – is a big reason for that. So if you’re planning on watching Revenge, understand that you can either get on board with its blood-spattered brand of madness, or you’ll be terribly bored after the first 15 minutes or so. That being said, if you can stick with the madness, well, Revenge has no end of sordid, vengeful delights in store. 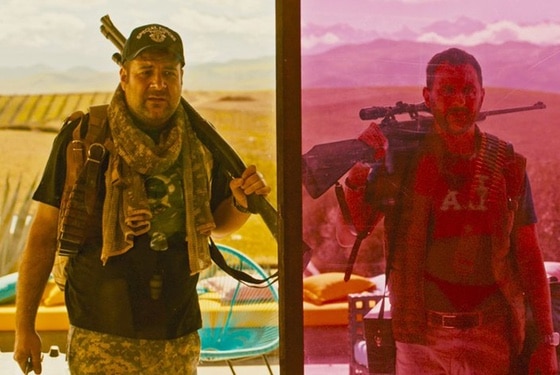 The less said about those delights the better. Just know that once Revenge sets off into the desert, it’s mercilessly brutal and unfathomably bloody (so much so that the film’s special effects crew reportedly could not keep up with the amount of fake blood director Coralie Fargeat required for certain scenes). As it happens, the amount of blood in the film (particularly in relation to the human beings losing it) is one of those elements that requires a lot of “willful suspension.” But you already know where I stand on that front.

Even as much suspension as Revenge frequently demands, Fargeat never lets the film devolve into the sort of bombastic “turn your brain off and go with it” silliness that made action stars Sylvester Stallone and Arnold Schwarzenegger in the ’80s and ’90s. There are no superhuman acts of daring or quippy one liners to be found in Revenge. Point of fact, there’s hardly any dialogue at all, with star Matilda Lutz uttering not even a single word after the 26 minute mark.

Rest assured, Fargeat uses the overall lack of dialogue in Revenge as the foundation for a powder keg of hushed, frantic energy that always seems to boil over at just the right moment. She uses that energy to pull a powerhouse (potentially star making) performance out of newcomer Lutz. She bolsters it with the lavish, ponderous photography of DP Robrecht Heyvaert, and a few choice cuts from genre-centric composer Rob. And she focuses all of that erratic, enigmatic energy into a finale that’s as ingenious as it is grim, and as likely to leave you gasping in shock as cheering with righteous glee. Along the way, Fargeat takes a relatively straightforward revenge thriller and transforms it into one of the most savage/menacing/unexpectedly beautiful revenge thrillers you’re likely to see this year. 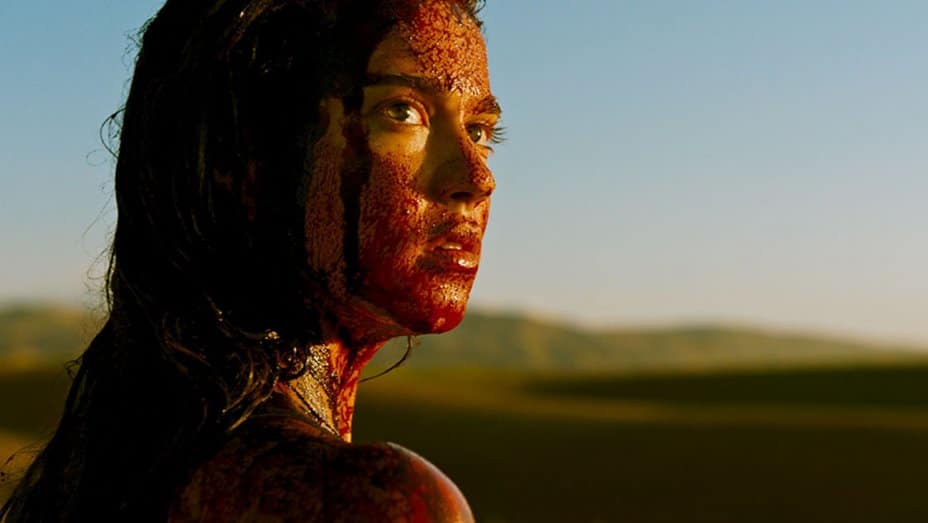 You bet. Look, I’m not going to BS anybody here – Revenge is hardly great cinema. It’s way, way over the top tale of vengeance entirely prevents such accolades. Luckily, Revenge never really aspires to greatness. Rather, it happily lays claim to being a damn fine revenge thriller with solid performances, stunning photography, buckets of fake blood, a kick ass original score, a world class sound design, and a welcome feminist bent to boot. So pony up that dollar already and get ready to get down with one of the more wickedly woke films of the year.