Home NewsEntertainment The iTunes $0.99 Movie of the Week: ‘Leave No Trace’
EntertainmentFeaturedTV and Movies 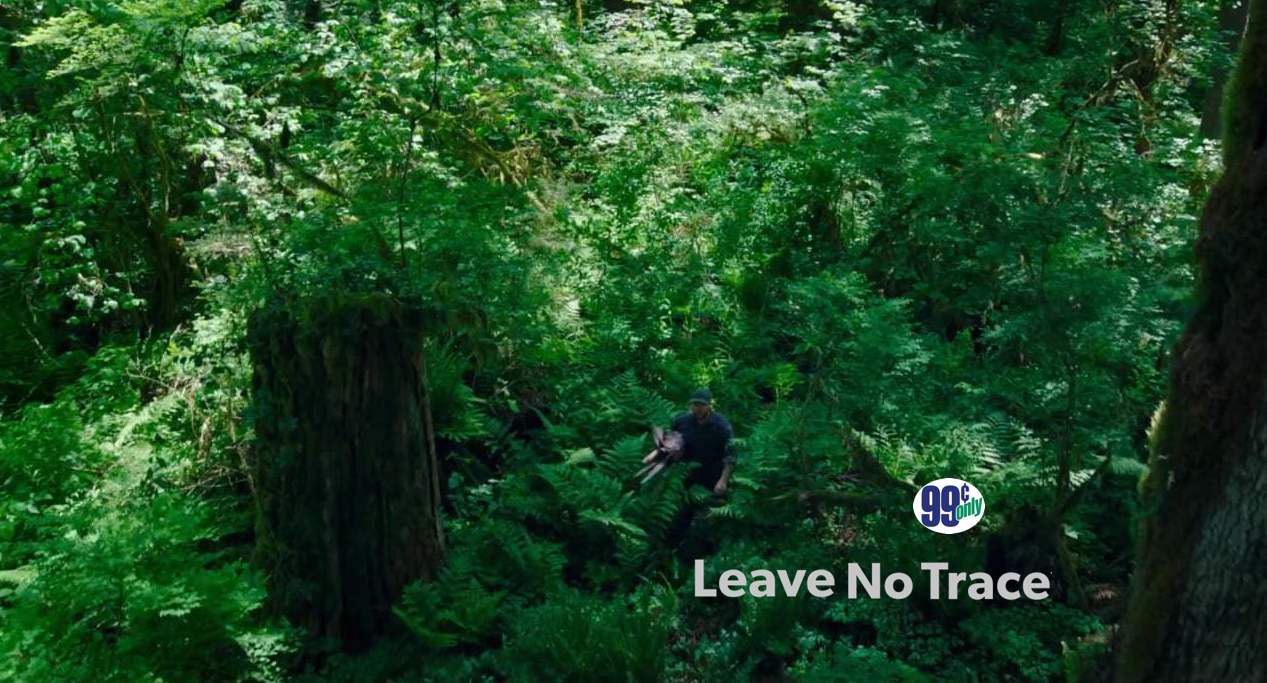 This week, a father and daughter struggle to adapt to the real world when they’re forced to leave their life in the wilderness behind in Leave No Trace.

Are We Gonna Be Ok Here?

Will (Ben Foster) wants nothing but to quietly raise his daughter Tom (newcomer Thomasin McKenzie) amongst the sprawling wilderness of the Pacific Northwest. When a tactical mistake leaves the pair exposed to the outside world, their idyllic life off the grid comes crashing down around them. Forced out of the woods, father and daughter must find a way to exist amongst the hustle and bustle of the real world … or potentially lose each other forever. So begins Debra Granik’s heartfelt and heartbreaking, micro-budget drama Leave No Trace. 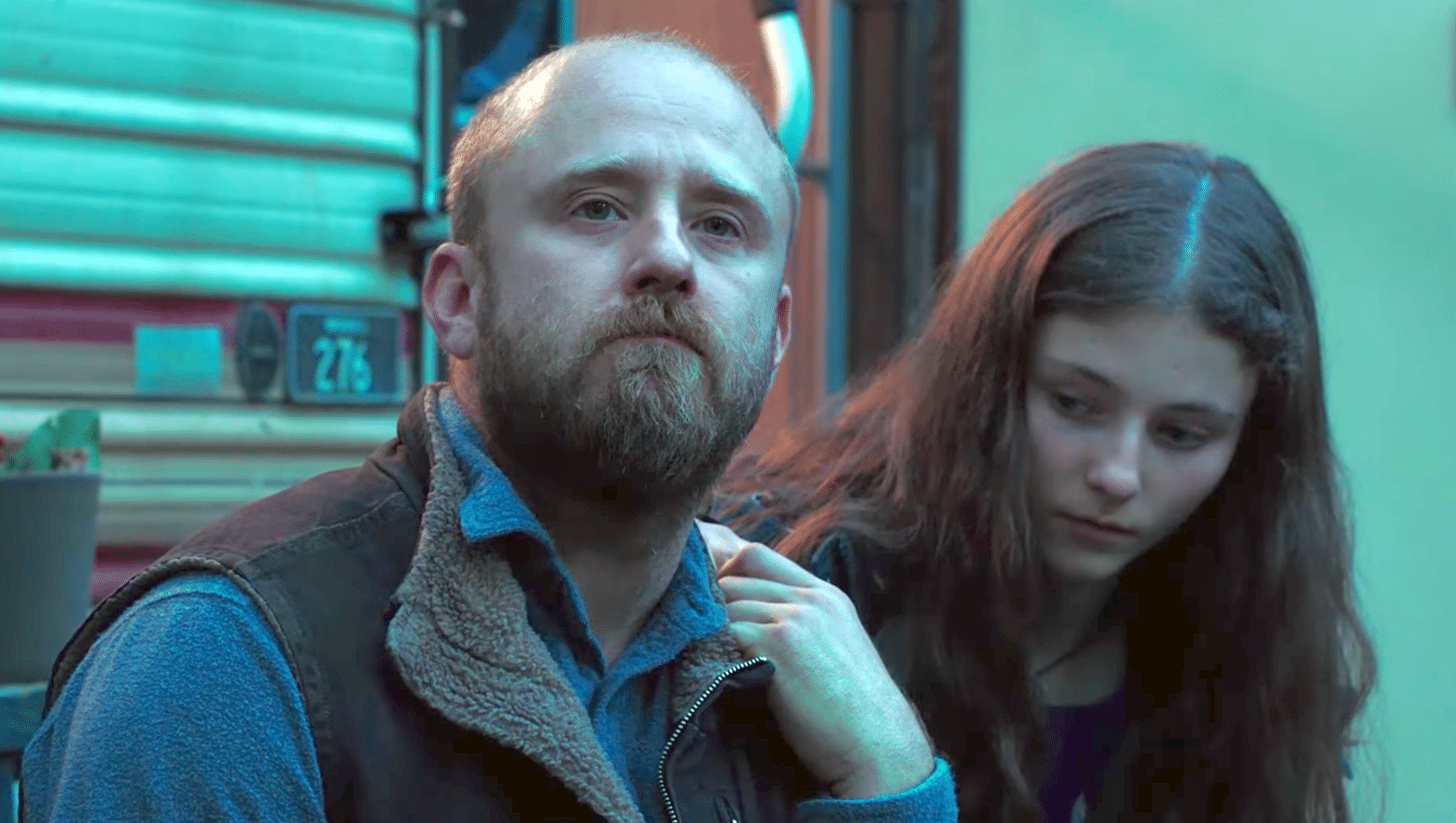 I Know You Would Stay If You Could

These days, theaters are literally stuffed to the gills with loud, bombastic tentpole fare full of dull characters, boring plot twists, and endlessly expository dialogue. So much so that one has to wonder whether or not most studios and filmmakers even remember that film is invariably a visual medium. But ever so often, a film sneaks into release that knows how to be quiet, that knows how to let actors say what they’re characters are thinking or experiencing sans dumbed-down dialogue, and knows that high drama isn’t usually driven by guns, or explosions, or white knuckle car chases.

There were not many films released in 2018 that fit that particular bill. Leave No Trace is one of them. Writer/director Debra Granik sets the tone for the film’s marvelously muted drama right from the opening shot, ushering viewers into a lush, green wilderness all but unspoiled by the modern world. Within that vast, peaceful proscenium, we find a man and a young woman living in virtual harmony with the natural world. They hardly speak, but they always seem to understand the meaning in every hushed word that passes between them. They come and go freely, but they’re always aware of the fragile nature of their surroundings and life it provides. They’re also very careful about covering their tracks whenever they go anywhere, and do their best to stay out of sight of anyone who stumbles into the woods around them.

That last bit is as important as you’d think, and it quickly becomes clear that the father and daughter duo are living illegally within the border of a massive, publicly owned park. Though the near surreal opening moments set the tone for everything that follows, the narrative that drives Leave No Trace doesn’t really start until park rangers show up with dogs and social workers, primed to toss Tom and her father out of their own private Eden. Once they’re in the system, Leave No Trace turns into an emotionally electrifying character study of a damaged man struggling to find a way to stay with a daughter who clearly needs more from life. 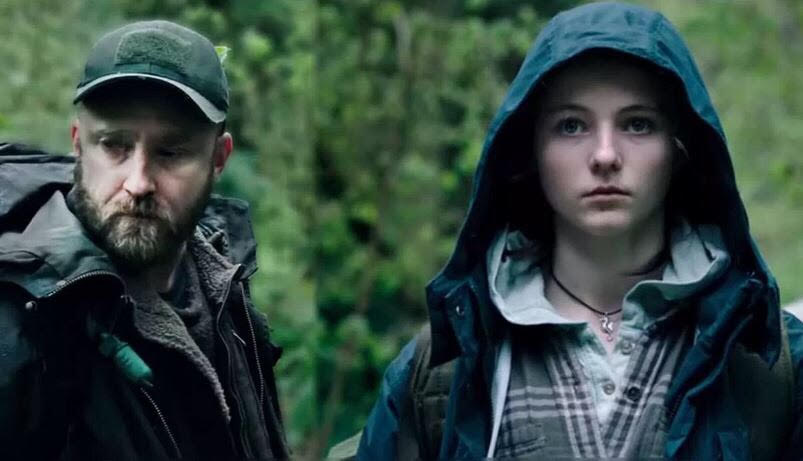 That sort of drama requires no guns, or fight choreography, or even special effects. All it requires is crisp, incisive writing and actors ready to lay themselves bare on-screen. Granik more than supplies the drama with her writing, and lays the emotional heavy lifting throughout Leave No Trace – which unfolds as equal parts survival drama, scathing study of social hierarchy/bureaucracy, and elegiac road movie – squarely on the shoulders of Foster and McKenzie.

The pair respond by not just shouldering the load, but lifting Leave No Trace‘s taut dramatics well beyond their fiercely modest foundations. Foster in particular delivers an emotionally raw performance, somehow imbuing his deeply traumatized war vet with a lifetime of pain, and regret, and emotional strife with virtually no dialogue throughout. As for McKenzie, her work in Leave No Trace is a revelation It’s as frank and honest and as utterly mesmerizing a screen performance as you’re likely to see in a film this year, and if it doesn’t help make a star of the young Thomasin McKenzie, then there’s something broken beyond repair in the film biz.

That Winter’s Bone comparison should come as no surprise, by the way. Granik also wrote and directed that film. Coupled with her devastating 2004 film Down To The Bone, it’s clear that Granik is becoming a filmmaker worthy of a much larger canvas than her budgets tend to allow. Still, behind Michael McDonough’s lavish, naturalistic photography and Dickon Hinchliffe’s haunting and sparse musical contributions, she makes her tiny little film feel every bit as big as the latest MCU confection. Unlike those movies, she also delivers a film with a warm, beating heart big enough to ensure that Leave No Trace will more than leave its trace on yours. 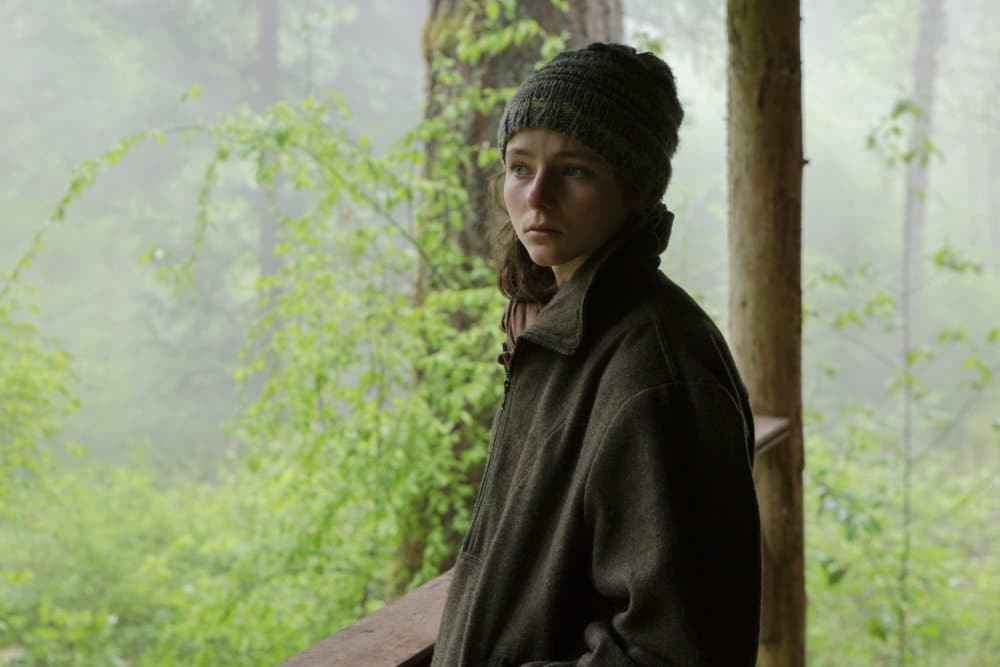 You bet. Thoughtfully rendered, passionately observed, and beautifully acted, Leave No Trace is that rarest of films that lovingly embraces the concept that sometimes less really is more. It’s an absolute emotional bulldozer of a film that’s not to be missed, and if you can’t part ways with a measly dollar to find that out, well, you should probably just go ahead and disappear into the wilderness, ’cause there’s nothing left for you here. Cheers!