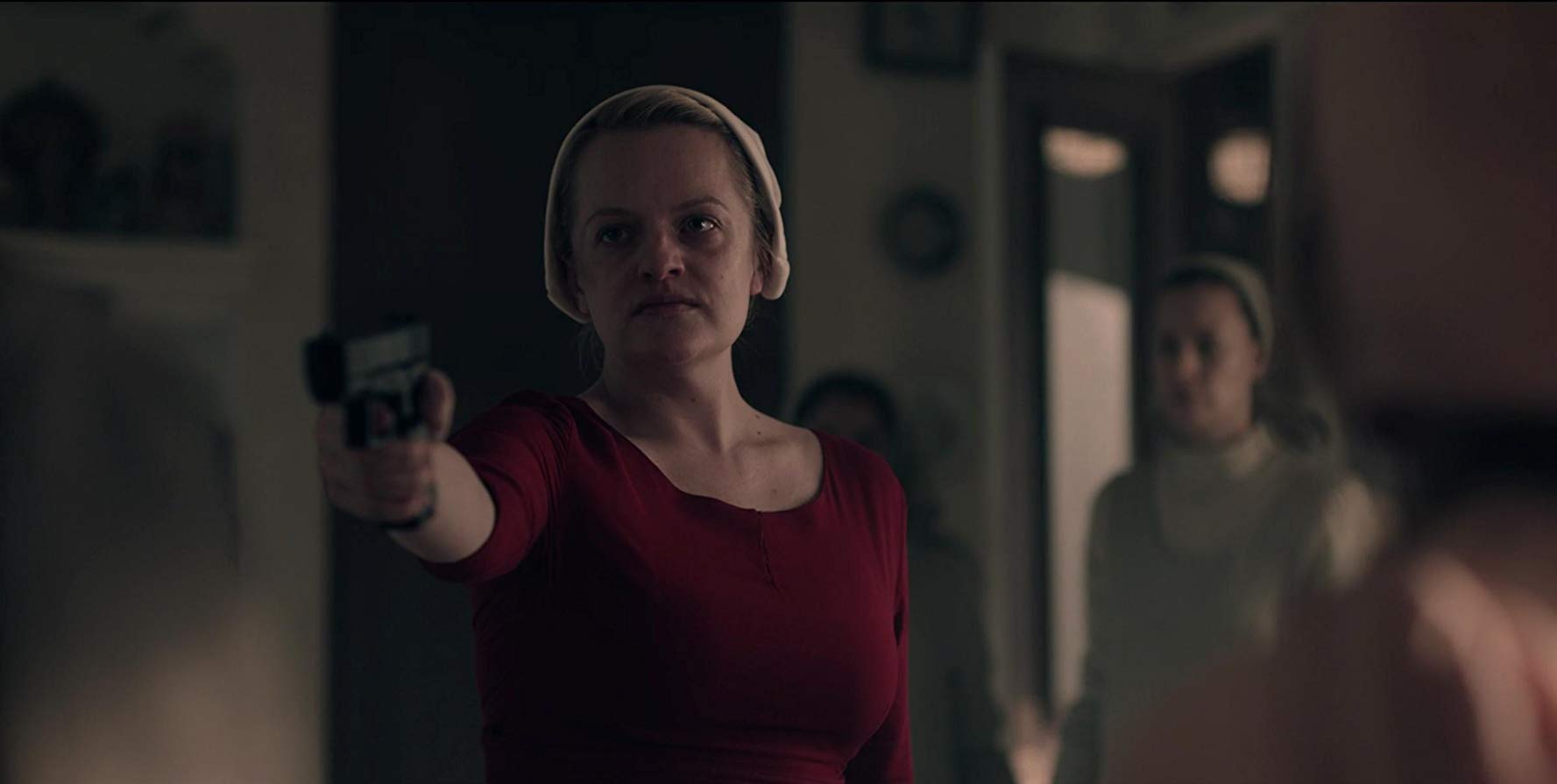 I’ll be honest—I didn’t really know what to expect from the season three finale of The Handmaid’s Tale. As great as the show has been throughout its run, the last two season endings have been a little less than satisfying. Twice now we’ve watched June scheme and fight and plan her escape, but things just don’t seem to work out. And even though she’s the one who pulled the plug on her escape last season for Hannah’s sake (which makes sense for her character), it still felt a little like we were watching a more brutal version of Groundhog Day—different season, same basic story.

But even though June still hasn’t made it to safety, this is one of the strongest season-ending episodes I’ve seen in a long time. It’s an emotional rollercoaster ride that wraps up the main story almost perfectly while creating several interesting possibilities for next season. If Handmaid has always been about the incredible strength and resiliency of these women in the face of oppression, then “Mayday” is its most powerful statement yet.

We know June’s not leaving this time. She’s already told us she’s not leaving Gilead unless Hannah can leave as well. So we’re not disappointed when she turns back to provide a distraction so the others can get on the plane. But we’re definitely impressed. I think she fully expects to die, but as long as the kids and the other women make it out alive, it’s worth it. That’s true heroism.

No, June Osborn is not a perfect hero. She can be cold, and mean, and a little heartless. Let’s face it—pulling a gun on a ten-year-old isn’t her finest hour (although shooting that guardian in the face may have been—that was awesome).

But that kind of ruthlessness (to use her word) is what it takes to win in the world the Gilead men have created. Five years in Gilead have made her this way, and she’s not about to let social graces or niceties stop her from accomplishing her mission. And yes—she’s doing it for the children. But she’s also doing it because it’s what will hurt Gilead the most. The proliferation of the species is their primary justification for the awful crimes they repeatedly commit against women, so taking away their children effectively negates their efforts.

The comparison the show makes to the story of the biblical Moses is actually a pretty good one. Like Moses, June was taken prisoner along with her peers and forced to do awful things for the benefit of her immoral, cruel captors. But they both got to the point where they’d had enough, and they were both willing to risk their lives to lead their fellow captives to freedom. As the story goes, Moses didn’t make it to the Promised Land, and June may never get there, either. But even if she doesn’t, she’ll always be remembered for her incredible bravery. There are now a lot of children in Toronto who are getting the physical and emotional care they need instead of being brainwashed and mistreated, and they have June to thank for that.

And with that, we bring another incredible season of The Handmaid’s Tale to a close. There are still a lot of unanswered questions for next season, but that’s actually a good thing. Here are the things I want to know:

Do You Even Grind?

Technology & Tradition – Can Gaming Contribute to the Preservation of Old Traditions