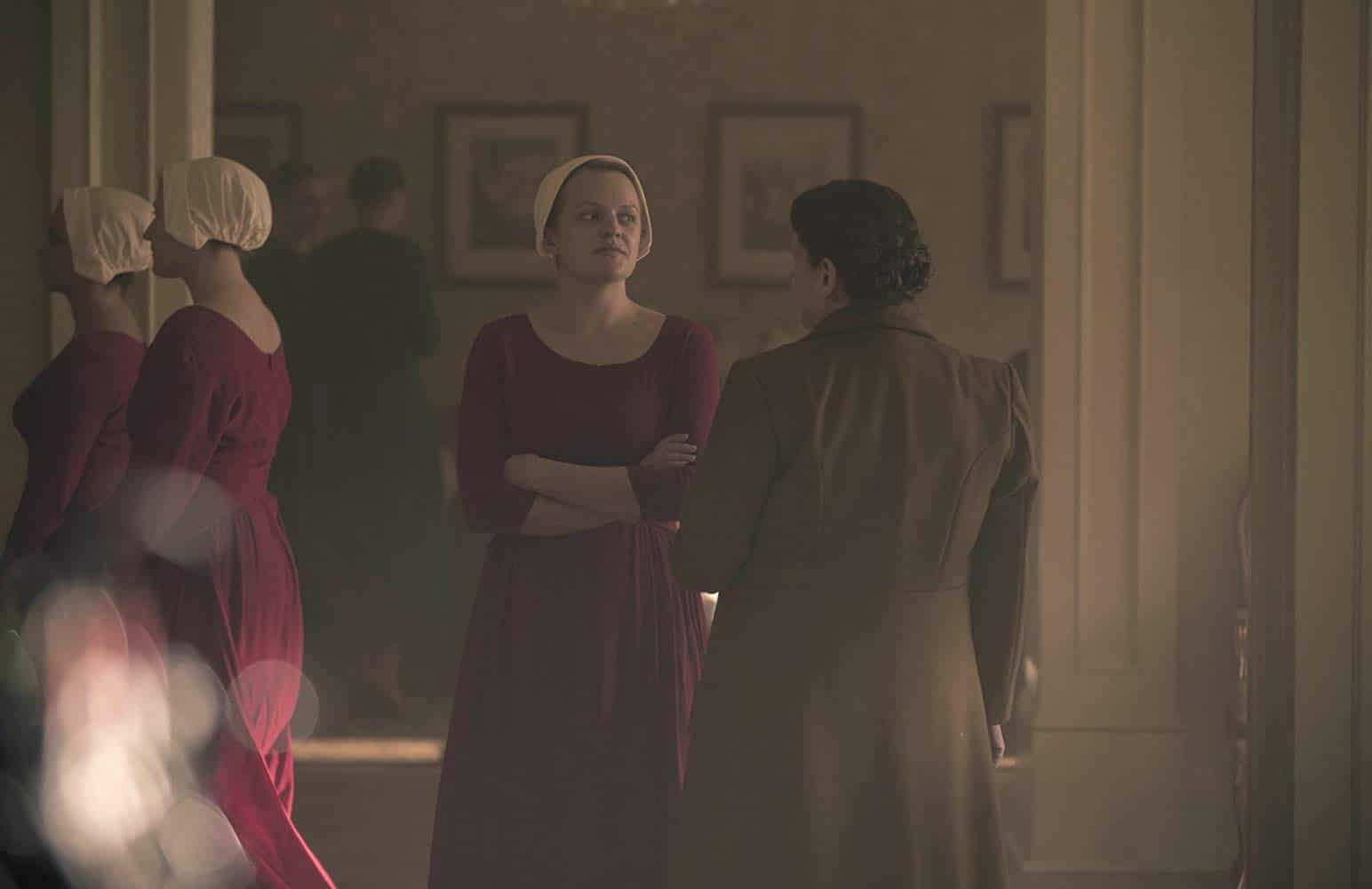 Everyone has a breaking point. No matter how patient, or how forgiving, or how mentally tough a person may be, eventually there comes a time when enough is enough, and something has to change. The pain has to stop—one way or another.

“Unfit” tells the story of two women (three, really) who have been pushed to the limit and just can’t take it anymore. And while their stories of suffering are different, and while neither of them is completely without fault, one could argue that the real blame for the pain inflicted upon them, and the pain they in turn have inflicted upon each other, can and should be laid at the feet of the men (and even the women) who have brought this horrible dystopian society into existence. Yes, each one should have to answer for her own sins. But Gilead itself should bear most of the responsibility.

Let’s start with June. We’ve watched her situation progressively worsen over the course of the season—between Serena’s betrayal and Nick’s inability (unwillingness) to help Nichole stay in Canada, hope has been hard to maintain. But she’s been able to push all that aside and stay focused because, as long as Hannah’s within reach, she still has a chance to get her oldest daughter to safety. With Nichole’s freedom in jeopardy (and June being powerless to do anything about it), the only thing keeping her sane is the chance to help Hannah.

But thanks to OfMatthew (whom we’ll get to in a moment), Hannah’s gone. And the only person June could trust to take care of Hannah while she’s in Gilead is dead just for trying to help a mother connect with her child. Well-meaning or not, OfMatthew took away the only thing June had to keep her going. And that was the last straw for June.

She’s had enough. She’s suffered enough. It’s time for others to do the suffering for once.

June tells us that seeing others in pain is an acquired taste. But the look in her eyes tells you she’s really learning to enjoy it. She’s downright giddy watching OfMatthew go on a rampage only to be killed herself. And you’re damn right, Lawrence—one look at June tells me it obviously does feel good to stare you down, tear you to shreds, and call you out on your bullshit “concern” for your wife.

And while it’s kind of disturbing to watch a heel turn of this magnitude, you have to feel good for June on some level because this has been a long time coming. After years of being broken down at every turn in this godforsaken place, someone else is going to feel her pain. And she doesn’t care if she goes down in the process. With Hannah gone, she has nothing to lose at this point.

Then there’s OfMatthew. She’s an easy one to dislike; we don’t even know her real name. And turning in the MacKenzie’s Martha just for helping June was a despicable act that she knew would have dire consequences. And her apparent willingness to embrace the Gilead philosophy and sing its praises is a constant slap in the face to every other handmaid (except Janine, which is sadly ironic given what happens at the end).

But as awful as her actions may have been, we can’t forget the fact that, at the end of the day, OfMatthew was a handmaid just like all the others. As screwed up as Gilead’s teaching may be, on some level OfMathew probably decided that going along with them was the easiest way for her to make it through the day. It’s not an act of nobility by any means, but it’s an understandable act of survival.

As for her snapping and beating Janine with a can of lobster meat, there’s no excuse for that. Janine was the one person that was trying to help her (and you can’t even fault Janine for that because, well, it’s Janine). But June and the other handmaids (but mostly June) helped push her over the edge, and so they bear some of the responsibility here. But, again, it’s Gilead that made OfMatthew a handmaid and forced her to conceive and carry four children whether she wanted to or not. Gilead is the real culprit here.

Finally, there’s Aunt Lydia. We finally get the flashback we’ve wanted since the beginning, and so much other stuff happened this week that we don’t really have much time to discuss it. Maybe we can revisit Aunt Lydia’s journey to aunthood in the future, but suffice to say for now that her complex story can really be summed up in two words that she uses to justify her reporting of Noelle to the authorities: moral weakness. She sees her mission in life as protecting society’s most vulnerable (children) from those who are morally weak, but this is obviously borne out of guilt over her own perceived shortcomings. She’s such an interesting character, and I hope this isn’t the last we see of her backstory.