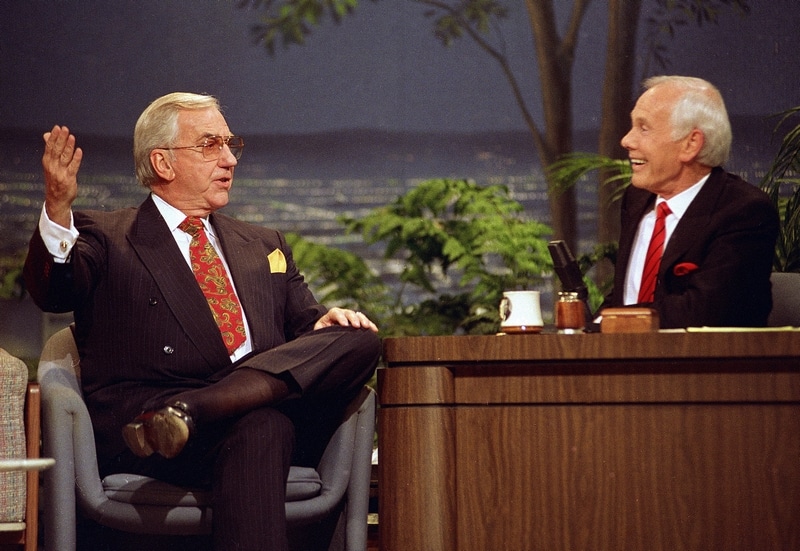 I covered this material  on our YouTube channel and Podcast and you can give it a watch or scroll down to read the article.

If you’ve been binging David Harbour movies and tv shows and you’re not aware of what the Mandela Effect (ME) is, you may want to check out either this recent article or even this somewhat older one before continuing on. I’m not going to go into the whole spiel regarding how it got its name or the various mind-numbing events that are ascribed to the Mandela Effect, this article is going to discuss what I think is the single most important ME ever discovered. Maybe especially more-so for our readers who grew up in the 70’s, 80’s, and into the early 90’s.

Now, I’ll warn you ahead of time that this is going to be a rather lengthy investigation with lots to read and plenty of videos. In fact, it turned out so much information that I had to split this into two different articles. However, if you enjoy content form the best websites and you’re interested in the ME phenomena or you’re of the opinion that it is all simply a matter of memory, I think you may find this an interesting read.

“We’ll Be Back After This Word From Our Sponsors”

Many of us spent countless hours in front of the television back then and before cable enhanced our lives, we had a whopping 3 or 4 channels to choose from. Tops!

Corporations, organizations, and advertisers then and now utilize spokesmen to hawk their wares, spread their reach, and increase their branding, often subjecting us to the same commercials over and over…and over… and… well, you know what I mean.

Mr. Whipple telling shoppers, “Don’t squeeze the Charmin,” an excited Billy Mays telling us about OxiClean, and good ole Madge informing “unsuspecting” customers that “You’re soaking in it” are just a few of the more memorable ones.

However, many of us also recall Ed McMahon not only appearing daily during our television time, but also on mailings that had him embossed on the envelope with a big smile, attempting to call our parent’s attention to the latest Publisher’s Clearing House Sweepstakes. The commercials would generally include footage from the previous year’s winner and from what oh-so-many remember, Ed and the “Prize Patrol” would be there to present them with an oversized check.

Okay…. here’s where it starts getting interesting folks.

Ed McMahon “never” worked for Publisher’s Clearing House. He was actually the spokesman for a direct competitor called American Family Publishers. Alright, fair enough, I could concede the fact that thousands of us conflated the two companies yet completely forgot all about this AFP in the process. Perhaps because PCH ended up being the only one left.

However, according to Forbes and any research you attempt to complete, Ed “never left the studio to ambush families and he never held a giant check.”

That’s right, apparently Ed not only worked for a completely different company, he never accompanied the Prize Patrol to hand out those big ole checks.

Now, this is where the whole “confabulation” article totally loses air for me. Thousands of people from across the country, from all walks of life, and ranging the entire spectrum of ethnicity and religious upbringing remember 3 key things very clearly:

And guess what? As you’ll see below, even Ed seemed to recall these exact same events that “never” happened.

Many of you will likely recognize a good portion of the links and comments in the forthcoming “evidence” as coming from a particular Reddit post and there’s a good reason for it. That was my post. So yeah, put 2&2 together and you can figure out my handle LOL.

However, I’ve spent well over a year looking at this particular ME and since cultivating that original data, I’ve had even more examples brought to my attention that I feel should be shared. Additionally, because I have found SO much information indicating that something more is going on here, I think that it’s time to bring more attention to this phenomenon.

The vast number of people who remember this particular ad campaign is rather astounding. As I think you’ll soon agree.

So let’s get this straight. This company was paying an untold sum year after year to a generally well-known celebrity that was near constantly thought to be working for their direct competitor? I can understand Publishers Clearing House not doing anything to correct the misconception, but what the hell could AFP have been thinking?

Why aren’t they at the top of every “Worst Advertising” list and video?

Again, if this was all there was on this ME I would be willing to concede to the fact that this perpetuation of the “misconception” is the sole culprit for all of us remembering McMahon working for Publisher’s Clearing House. It’s an easy enough mistake to make.

But what about the whole arriving with the Prize Patrol, knocking on winner’s doors, and handing them that giant check?

Where did that “false” memory come from?

In this early AFP commercial (1984), apparently even Ed wasn’t clear on his duties as spokesman and tells viewers that he will “personally award this giant cash fortune” to the winner.

For the next year’s campaign, Ed makes the same exact claim:

In then two years later in another AFP commercial, they actually make a small attempt at clarifying which company Ed works for, but their favorite pitchman says that he “personally awarded” $10 million to the last winner.

While it’s not Ed with the Prize Patrol, this next one kind of blows a small hole in the Forbes article and popular “skeptic” forums. Ed is on the Richard Simmons show in the 90’s and presents a lady with a giant check from AFP.

Yet… there isn’t a single commercial showing Ed, or any other celebrity, surprising winners with giant checks at their homes.

The Time That Ed Rapped

Well, this next part is a little out of chronological order, but I wanted to jump in here with a commercial for FreeCreditReport.com from later in Ed’s career.

Not only does he rap and includes lines where he says he “brought big fat checks to the ladies” and that when he “showed up at their door, they’d start screaming like crazy,” at about the 0:36 mark he starts knocking on people’s doors.

He asks them, “remember I gave you that big check?” and “I’d like to have that check back.”

Why? He wasn’t a part of the Prize Patrol.

And then there’s this Neighborhood Watch commercial that has a woman go absolutely nuts because Ed is at her door and she thinks “we won.” Even though Ed “never” awarded winners in person.

The Time Carson Got it Wrong

Of course one of the roles that Ed is best known for is as the sidekick for Johnny Carson on The Tonight Show. In this video from 1991, Johnny appears on Late Night With David Letterman and walks out with a giant check.

In an obvious jest, Johnny claims that Ed couldn’t be there but that David was the one million dollar winner and presents the check to him. However, the one thing that is hugely interesting here is that the check clearly says Publisher’s Clearing House.

Sure, Ed’s “good friend” and Letterman’s prop department could have dropped the ball here, but Ed had been working for AFP 9 years by this time. If this was such a “common mistake,” why in the world wouldn’t Johnny catch it? Surely Ed had discussed this “problem” the advertising campaign was having for almost a decade.

Ok, this is about the only point where I can pause.

Don’t miss Part 2 though. We’re about to get into a whole bunch of instances where lots of people, including more from Mr. McMahon himself, can’t seem to recall the correct version of history.