Home NewsEntertainment A Discussion With CEO Chris Anatra: What the Mandela Effect Has Meant for His Business
EntertainmentEventsFeatured

A Discussion With CEO Chris Anatra: What the Mandela Effect Has Meant for His Business 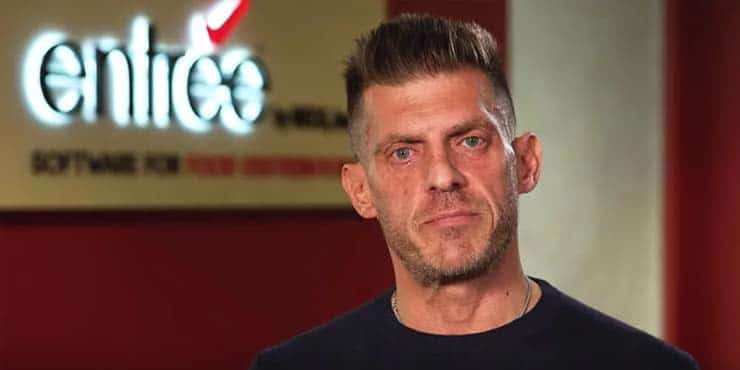 For my recent second (or third) freshman entry here at Geek Insider, I covered a new video from the CEO of NECS, Inc. that was going viral due to its take on the Mandela Effect. And as promised, I recently sat down with Chris to discuss his unique encounter with the Mandela Effect and what it has meant for his customers and business.

However, before I get into our discussion I wanted to forewarn you that this article is a bit lengthy and I wanted to clarify something that I kind of glossed over last time. Anatra wasn’t saying that there are quantifying changes within the data, nor was he trying to make excuses for “bugs” in their software. Over the past couple of years, his team has seen countless requests from customers who don’t believe that their data is matching up with what they recall.

As an example, a client states that a particular customer of theirs has “always” purchased X amount of Widgets each and every month but their data now shows that they’ve “always” purchased Y amount. An organization that deals in food distribution gets to know their customers quite well of course but after Chris’ teams spent countless man-hours reviewing data and hard copies only to find that the software data was indeed correct, they began to look at alternative explanations.

That’s where the Mandela Effect came in. In an effort to explain why their memories may not be matching up with the hard data available today, Chris is initiating them to the world of MEs. He uses some fantastic examples that are sure to resonate with many in his industry and as I said earlier, the video has gone viral and has over 31k views at last check.

Chris was gracious enough to meet with me by phone and the good news is, he has more videos coming. While we talked for a good bit and discussed some of our personal experiences with the phenomena.

When I asked him how he was introduced the ME world, he shared a story that will be familiar to many of you. Back in 2013, Chris had a 3-year-old son who loved nothing more than for dad to read him the Berenstein Bears at bed time and they had a rather large collection of the books.

They’d capped many a night with those stories and the change to Berenstain Bears was so sudden and “in your face” that Chris at first thought they had gotten their hands on a misprinted copy. After reviewing their collection and determining that they’d all undergone a change from Berenstein to Berenstain, Chris was left considering the possibility that someone had actually broken in and replaced their entire collection with “misprinted” copies of their beloved Berenstein books.

He said that this really confused him for about 24 hours but of course, as so many of us do, he eventually brushed it aside and moved forward with his busy life. It wasn’t until 3 years later when a “change” in the JFK assassination caught his eye and sent him to the internet where he found the term “Mandela Effect” and the associated sites of the time that he determined that something deeper may be afoot and that he wasn’t alone with his memory of how things used to be.

When I asked Chris if he’d actually had clients call in regarding the missing Stouffer’s or the misspelled Haas avocados or whether it had all been the data issues he mentioned in the video, and he said it had actually been a bit of both. However, Chris and his team were a little surprised to find that when they searched the archives, including printed data from years ago, not only did the numbers add up as indicated currently, but brand names appeared to have been retroactively changed across the board.

In the brand column of invoices, it no longer said Stouffer’s even though both he and the clients clearly recalled it being so previously.

Let this sink in for a minute folks — people who deal with these products day in and day out are saying that our memories of Stouffer’s Stove Top Stuffing are indeed valid!

He wasn’t just saying “hey this is a popular Mandela Effect that I remember.” He was revealing that he and clients who have all been in the business for decades noticed this change… among others.

With Haas suddenly appearing everywhere as Hass, Chris checked a copy of an invoice and sample data sets that he’d used for many years as presentation pieces for new clients. Knowing beyond a doubt that on the last line item he would see Haas as he had thousands of times before, but he was a little dumbfounded to find it too was now Hass.

NECS’s entrée software has a dashboard that has a freeform, auto-complete search function but unfortunately it doesn’t log failed searches (which I was curious about as it would show how many people actually search for Stouffer’s, Haas, Fruit Loops etc). However, one interesting find that Chris came across was a customer that apparently had at least two employees who were changing Haas to Hass and back again several times.

When I asked if his video had garnered many replies from his clients, Chris said that while there hasn’t been as many as expected, he does have one that is traveling in for a 3-day training event next week just to specifically discuss the Mandela Effect and how it has affected their business.

While Mr. Anatra created his initial video for his client base and not as yet another ME/Alt Universe channel, thanks in-part to the video’s sudden popularity, Chris revealed that he will be filming a second installment within the next few days and has something a little special planned for a third.

He will have a close friend who is also a psychic join him and Chris hopes to delve a little deeper into the “why” of the various MEs, and not just the most popular ones either. Additionally, Chris wants to start looking at what we can do moving forward, and what we can use this knowledge for to live our lives and be prosperous and not “be trapped by these systems of, we’ll call them domination and control, that hold us back from enjoying this experience.”

As I said earlier, Chris and I talked quite a bit regarding personal experiences in this arena but when I asked whether there had been any negative feedback from his clients regarding the video, it was a resounding… Nope!

While he may have received a few blank stares at a recent meeting when he shared a PowerPoint presentation on the subject, he’d already introduced some of his clients to the world of the Mandela Effect in a recent blog post as well. So to many, this video was no surprise and as I revealed earlier, there are plenty of them who are Effected as well.

In fact, the only sort of “negative” feedback that he has received is from the expected YouTube trolls accusing him of trying to blame software glitches or bugs on the Mandela Effect. However, Chris was quick to point out that his company documents every bug report and fix and they are completely transparent with those types of issues. Over the course of their 25 years in business, they’ve come across hundreds of bugs and never tried to hide them in any way.

Personal Glitches & Why He is Speaking Out

As we were wrapping up, I asked Chris if he’d experienced any personal changes, otherwise known as a Glitch in the Matrix, and he shared an interesting one. After traveling the same route to work for 20-plus years, he recently noticed a rather large yellow sundial located very prominently on the side of a house he passed every single day.

Chris said that is was so distinctive and unmissable that he knew it had to be new. However, after mulling it over for a few days, Chris’ son asked a neighbor about it and of course we all know where this is going… it had “always” been there.

Overall, Chris simply wants people to be more observant of the world around them. If we are in a holographic universe, as so much seems to point to, there are signs that you can catch… if you’re observant.

He isn’t worried about backlash from his clients or portraying his company in a bad light. His software and expertise stand on their own merit and he felt that as someone in his position who has seen what he has, he was obligated to share his experiences so that others may stop thinking that they simply remembered something wrong.

I truly hope that by Chris taking this stand that it will spur other business owners and industry leaders to come forward and share their experiences. While the Mandela Effect is inherently difficult, if not impossible, to prove, the more people who work directly with these “changing” products coming forward to say “hey, something’s fishy here,” the more eyes there are that may be opened to this phenomenon.

The implications of the Mandela Effect for business is breathtaking!
Heads up on an online test to see how much you are affected. Just Google “Alternate Memories” and take the test from the site. The questions change every run, and you can roll a new one if you’ve no idea what it relates to, rather than guess and wreck the score. Most of the ME’s are covered, and the free anonymous test contributes to the online analytics which are also reported on the site.