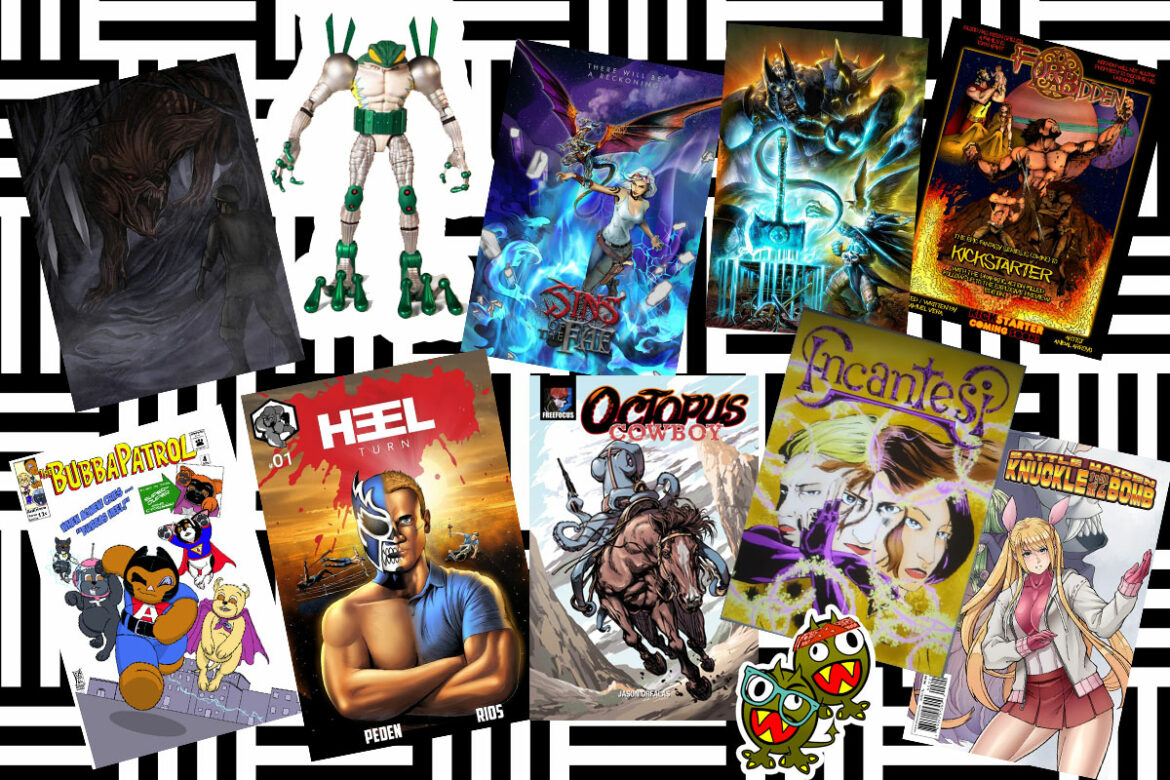 When did Adi’s grandfather become the original Listener? How? In this issue we delve into these very mysteries, along with who the demon was that Sani was walking with in the end of When Winds Weep.

The Listener follows Aditsan, a Native American soldier who inherits the ability to see and interact with spirits (good and evil). Listener is a title handed down from one generation to the next, but unfortunately for Adi, he didn’t believe in those things. To him as a child, his grandfather was just strange. As his grandfather passed, his father seemed to be just as strange until he lost himself in alcohol. Adi inherits the mantle in the middle of a battle between his unit and Japanese insurgents in When Winds Weep.

I invite you to join us and the many other Listeners as we continue our adventures.

Saaya Volkova, ramen shop waitress by day, high kicking karate girl by nature, finds herself caught within a web of deception when her uncle, Dr. Albert Vogel, is attacked by a group of armed mercenaries led by a hulking wall of muscle called Brecher.

Shot in the back, Saaya is fatally wounded. Vogel’s hand is forced as he administers an experimental mutagen in an attempt to save Saaya’s life. The Godhand Serum enhances the body and bestows the subject with a Vagary – a mysterious power unique to each subject. Saaya’s explosive power manifests and takes out half of the facility in the process.

Coming to grips with her new body and abilities, Saaya fights to protect her uncle from the Black Sun Mercenaries and to live to see tomorrow!

Octopus Cowboy Book 1 is the first installment in an ongoing series, a 100+ page, full color, perfect bound graphic novel written and illustrated by Jason Orfalas. The purpose of this crowdfunding campaign is to get this book out there directly to be enjoyed by readers.

Slade is a highly evolved pacific octopus endowed with an intelligent spirit. Captured by humans and taken miles away from the ocean, he is forced to fight in a vicious bloodsport where animals are pitted against each other for entertainment.

His captor and caretaker is ex-fighter Charlie Knox, a heavy-handed broken man and killer, exploiting animals to make a living.

After what should’ve been a highly profitable match, Charlie is cheated out of his payment. Now he has no choice but to return to the town where he fell from grace and risk it all in a high-stakes bout that Slade can’t possibly win.

Cassandra, Emilia and the others escape the hospital after the incident and arrive back at Emilia’s home while they all figure out what to do next.

Meanwhile, the three girls fight among themselves to determine the alpha of the group.  Secrets are revealed as well as appearances and this chapter sets up the events for chapter THREE.

We go 250 years in the past where we see the events of the defeat of the WRATH by the remaining INCANTESI and in the next chapters, all these events come to a head at the end of chapter 4.

Everybody Needs a Hobby, Right? Meet Ethan Johnson, a mild mannered individual who works as a call center rep during the week and is an independent professional wrestler on the weekends.

But what sets off Ethan to turn into a sadistic serial killer? Well Ethan was raised in an abusive family and was taught from a young age about the rage that is built up in a person.

The first three issues just set the stage for this final act to the first mini series. Issues one and two introduced you to the Bubbas. Issue three showed you the origin of the First Bubba, Cypress and proved that the greatest superpower a hero can have, is heart. Issue four is the first of a two part finale for the volume one mini series of the Greatest Comic Book In The World.

As some of you may know, the Bubbas are my real life family members. They have been with me through some of my lowest moments and my greatest achievements.

This comic book is the legacy I am making for them. During the creation of issue four, Foley lived a lifetime’s worth of adventure. From first donning the cape in issue 3, to having his Grandma Marilyn create him his very own Mister Woobie costume, Foley guided his little brother Grayson, on the ins and outs of being a hero.

The duo appeared in a 2021 calendar for Arizona entertainment super store, Bookmans in full superhero garb. On March 6, 2021 after more than a year long battle with cancer, Foley’s physical being transitioned from this world. He was surrounded by those who loved him. Cradled in my arms, and wearing his Mister Woobie cape, Foley made me promise I would see this project through.

Viking Wolf is a horror fantasy that at its heart is the story of a son’s love for his father. Prince Gunnar Rovewulf defends the Moonshire with the help of the Blood Hammer, the most powerful weapon in the universe that just so happens to be powered by the blood of it’s enemies.

When his father is kidnapped by the evil Tollman, Prince Gunnar sets out to find him, but along the way unearths the truth behind the Blood Hammer and his father’s dealings with the Tollman. His quest takes him to Earth, where he is bonded with an unsuspecting and unwilling human, Travis.

Our hero, TRIKK RHAN, as he appears in the current CYBERFROG graphic novel series! Ambassador of Pyrdani, PROTECTOR OF EARTH!

Now is your chance to get these action figures in your collection.

Follow the steps of a lost princess as she faces her past and the Blessing bestowed upon her.

Endless Moons is a science-fantasy black & white comic book, following the story of Dazel, a young bounty hunter who has been running from her past for the last 10 years.

For our new Moon Wanderers, Endless Moons kicks off with Dazel joining a smuggler crew that would take her to the planet Migena, where a mysterious contact awaits her. But, when a man from her crew wreaks havoc on a Galactic bazaar, she is forced to confront her Velzian heritage after 10 years of running away from it.

Welcome to the world of two purrfect friends, Buddy and Dude, and all their furry friends. It’s Garfield meets Tom and Jerry!

Pitter Patter follows the adventures of Buddy and Dude. Two cats from different sides of the tracks.

In the first issue, we meet Dude’s new friend Dizzy who offers the cats some tasty treats. While Dude has never met a stranger, Buddy is not so sure if Dizzy is to be trusted with his tuna lickin’ good temptations. While this short story is written as good, clean fun, it gives a glimpse into the two’s differing perspectives on life and who a cat can trust.

The second issue allows us to peel the onion back a little more in Buddy and Dude’s first full length tale. Here we learn how Buddy came to live with the BDO after his time on the mean streets. While he now enjoys the spoils of being a house cat, things were not always so easy for him. Dude, being a sheltered rescue kitten, thinks that being an outside cat would be fun and is shocked to hear Buddy’s tales of life in the wild. They also teach us about their favorite game, Name-That-Sound!

If you have a cat, love a cat, know a cat, or even hate cats, this is tale for you!

He sinned against his family. Chose dishonor to challenge a curse. He will learn why they remained underground for centuries!

For centuries they’ve hidden, lost forever to the world. Buried beneath the confines of a curse cast upon the sins of their fathers. Now, one will challenge that very curse which has enslaved a people.

Standing in opposition of a mighty ruler, a revered King, defying all that has been built to protect them. One man… one vision… one chance to escape the evil or risk destroying everything. Walk with me as I take you on a Journey into the Forbidden©.

Sins of the Fae – Together We Rise

When gods become villains and bring devastation to our world, we must become heroes to survive.

The gods of our world have turned against us, sending their minions to terrify and enslave us.

Because an alien and enigmatic race known as the Fae arrived on our planet, and we didn’t turn them away. Now our gods seek to punish us for the sin of harboring their enemies.