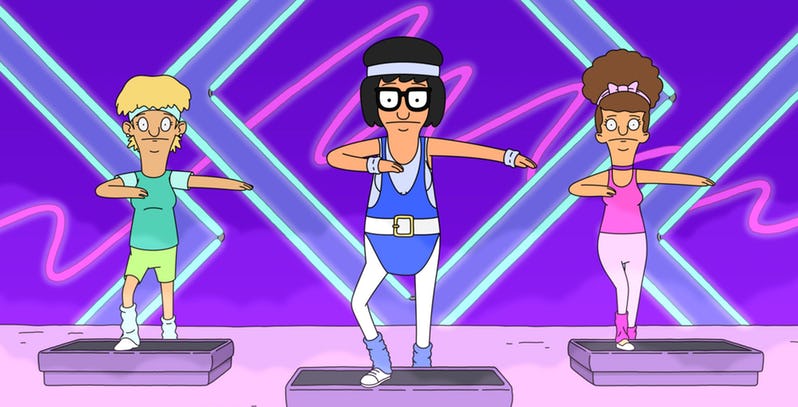 Bob’s Burgers enters its ninth season on Fox in a new Sunday night-time slot between two other long-running animated shows—The Simpsons (starting season 30) and Family Guy (kicking off season 17). And while all three shows hold a prominent place in American pop culture, and while each is smart and funny in its own way, Bob’s Burgers is my personal favorite for multiple reasons. I’ll give you two in particular.

First, it’s just a lot of fun. The other two shows do a great job of mixing social commentary in with the comedy, which serves an important purpose. But sometimes we need to take a break from society’s ills and just have a good laugh, and the Belcher family gives us plenty to smile about no matter what’s going on outside. But it doesn’t sacrifice intelligence for levity—the laughs are still delivered in a very clever way by one of the most talented voice casts in TV history (both series regulars and big-name guest stars from the world of comedy).

Second, Bob Belcher is one of the most relatable characters on television. He’s smart, but he’s not a genius. He’s following his dream (sort of), and he loves his family, but he knows that he hasn’t quite lived up to his potential. And just about the time it looks like he’s going to make some progress and improve his situation, he pulls a Charlie Brown and misses the football just as life pulls it away. But he keeps trying, just like the rest of us do. Because, deep down, despite all the failure and disappointment, he knows it’s worth it—for himself and for his family.

Speaking of Bob’s family, Tina Belcher takes center stage in tonight’s episode as she crashes the Boyz 4 Now tryouts in search of her one true love, Damon (a guy she’s just met in a random napkin accident). As her family points out, this boy isn’t the “love of her life” as much as he’s the “boy she just happens to have a crush on right now because he’s the boy she’s met most recently,” but Tina’s so sure he’s the one that she disguises herself as a boy (sort of) and heads off to find him. Sure enough, she falls madly in love with at least four other boys in her quest to find Damon, sharing a fun musical number with each of them (in her head, at least) before moving on to the next one. There are lots of strong performances by the likes of Josh Gad, Andrew Rannells, Daveed Diggs, and Rory O’Malley that really add to the quality of the musical pieces.

Incidentally, Tina has to wear a wig and pretend to be a boy named “Dino” because girls aren’t allowed at the tryouts—apparently they’re uncontrollable around the boys and keep getting caught in the air ducts. To one of my earlier points, this is a good example of a place where the writers have the opportunity to make a political statement but choose not to—they just let it slide and make fun of teenagers in general (male and female) instead. Since most of us were awkward teenagers at one time (and some of us are still just as awkward as adults), we can all appreciate that.

Ultimately, Tina accepts the fact that, yes, she really, REALLY likes boys (she’s “nuts for butts,” as she puts it), but that’s okay. She can have as many crushes as she wants right now—there’s no hurry to find Mr. Right. She can just be young and have fun and enjoy liking as many boys as she wants (and this is Tina, so there’s no real danger of it leading to something tragic).

The Boyz 4 Now tryouts are billed as an attempt to replace Boo Boo, who left the band to go solo back in Season Six and almost got barfed on by Tina’s angry fan club. In the end, Boo Boo’s replacement ends up being…Boo Boo. So the original band members are back together, and of course Louise couldn’t care less about Boo Boo’s return. Really. She doesn’t like him at all. So stop asking.

Meanwhile, Teddy’s found a baby rat at one of his job sites, and it’s up to the rest of the Belchers to take care of it. Of course, a restaurant isn’t exactly the best place for a rodent, and Hugo the health inspector (who’s also Linda’s old boyfriend) just happens to show up while they have the rat in the kitchen. Bob has already decided that he’ll do just about anything to keep the little guy (or maybe girl?) safe, which means hiding it in the one place Hugo can’t look—down Bob’s pants. Fathers instinctively go the extra mile for their kids, even the four-legged kind, and Bob wasn’t about to let this one come to harm, no matter how uncomfortable a baby rat in your underwear can be.

Overall, this was a solid start to season nine for the Belchers, complete with several notable guest stars and a fair amount of the usual hijinks. We can expect more of the same in the weeks to come.