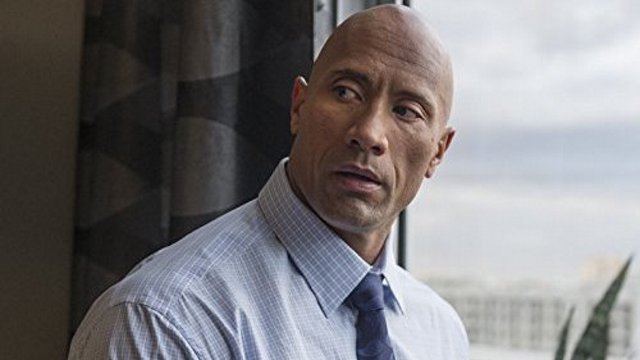 The last few episodes of Ballers have been about corrupt organizations and how best to deal with them. The show has primarily explored this topic through Spencer’s dealings with the NCAA. Last week, a new organization was introduced, although it’s really not new since it’s been an integral part of the show from Day One—the NFL. While the show doesn’t actually call out the NFL itself as corrupt, it does draw attention to issues of racial inequality and specifically weighs in on the anthem protests and how teams should respond to players who kneel and/or support others that do.

This week, we see a sharp contrast in how situations like this should be treated. Generally speaking, when faced with either outright corruption or social inequity, you have one of three choices (assuming you even recognize or acknowledge the situation as unfair, which a lot of people don’t). You can just go along with it, which is what most people do. You know the situation isn’t fair, but you have a lot at stake—maybe a job, or maybe even a relationship—and so you just keep your head down and your mouth shut. You feel like shit, but you tell yourself you’re just doing what you have to do. And, sometimes, that’s true. Each circumstance is unique, and no one can judge anyone else for their inaction. But it sucks nonetheless.

Second, you can fight like hell for what you believe no matter what the cost, no matter what rules you have to break, and no matter who gets hurt in the process. That’s what Spencer’s doing in his battle to bring down the NCAA. We kind of saw this coming (or, at least, we should have) since, as we’ve discussed numerous times, Spencer usually does the right thing eventually. It’s just sad that it’s taken everything falling apart for just about everyone involved for him to realize that he’s been going about this in a very reckless way. Sure, he has a legitimate beef with the NCAA over the way his brother was treated, and we all know there are hundreds of other kids who have been used, and then discarded, by the NCAA and its member schools. So, to a point, Spencer’s cause is a righteous one.

But that’s not really why he’s been fighting this fight, and his tactics have been anything but righteous. The person he really wants to beat is Lance Klians (who’s been conspicuously absent from the show for the last few weeks, but that’s another story), and he needs the television rights to air USC football on the Sports X Network to make that happen. And he needs to get Quincy into USC for that to happen. But now that he’s pissed off some powerful people at Ohio State, who know powerful people at the NCAA, he’s forced to go to Indianapolis to argue his case at NCAA headquarters. Well, not so much to argue his case as to lay the smackdown on somebody in a suit. But then the suits retaliate by declaring Quincy ineligible, which puts the entire company in jeopardy (including everyone who works there). Plus, his relationship with Jayda is history. It takes Joe telling him to go fuck himself for him to realize that he’s not the only one with something to lose. He’s going down, but he’s taking a lot of other people down with him.

Charles Greane shows us the third (and best) option. He’s being pressured by the Rams to cut ties with Ricky after last week’s Twitter tirade, and he knows a lot’s at stake. But he knows he can’t just stand idly by and let the league continue to take its players of color for granted, and so he comes up with a compromise—instead of blowing things up (like Spencer has), he stays with the team and continues to work. But he still plans to sign Ricky, and he even wants to set up a social justice fund and make Ricky the face of the team’s efforts to address racial issues. It’s a smart play, and it allows Charles to remain in a position of power and effect change from the inside. Of course, the fact that Ricky’s taking what appears to be an illegal performance enhancing drug may mean that he’s not the best player to lead those efforts—more to come about that next week.

Only one episode left this season, which means Spencer doesn’t have much time to take down the NCAA and fix the chaos he’s caused. Leaving the NCAA alone and just fixing things as best he can would probably be the best option, but Spencer isn’t one to give up a fight. I just hope he can right the ship and reverse the collateral damage he’s done before it’s too late.