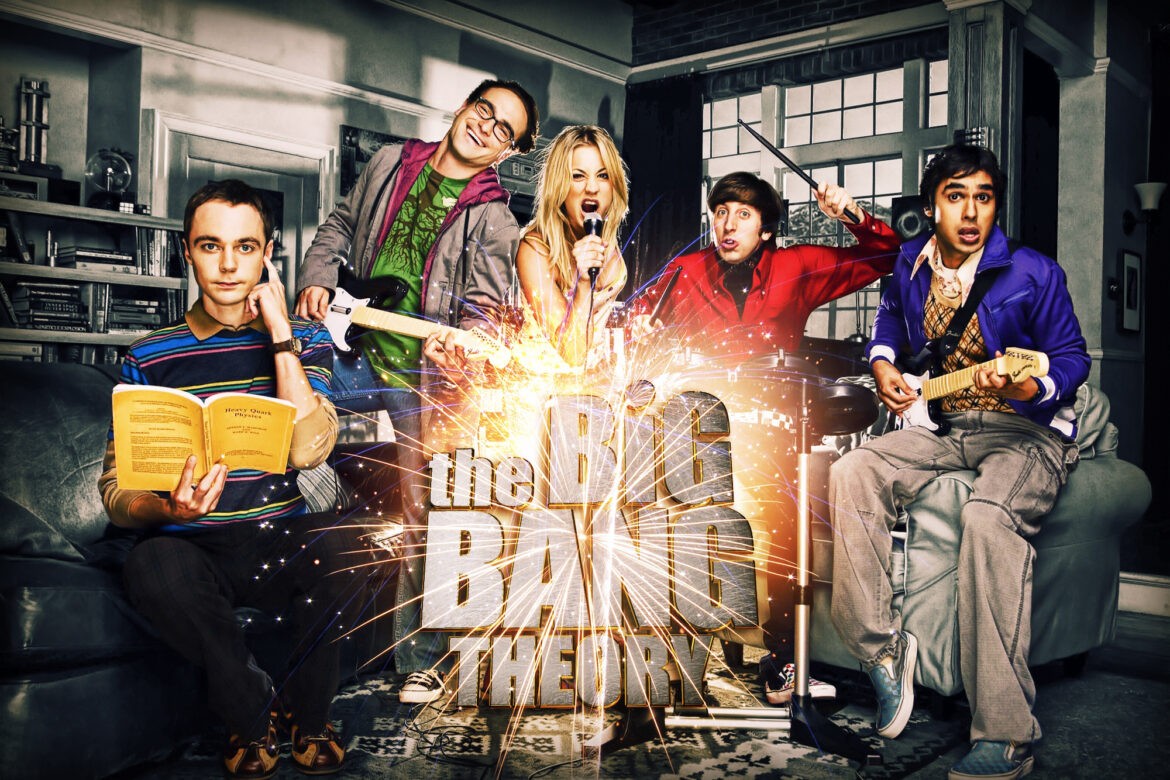 Stop me if this sounds familiar: Thing comes into existence. Thing gathers more fans and snowballs in popularity. People start to become actively angry that this thing is becoming popular, which then grows in direct proportion to the popularity of the thing. This is happening with The Big Bang Theory, a show watched by upwards of 20 million people, with the lead actors commanding the kind of salaries that Premiership footballers would think is excessive. All of this has made the shows’ critics much more vocal. And as much as it’s tempting to dismiss it as whining by the sort of elitists who think that to be popular is to be a sellout capitalist pig-dog, I’ve decided today to have a look through the counter-arguments. 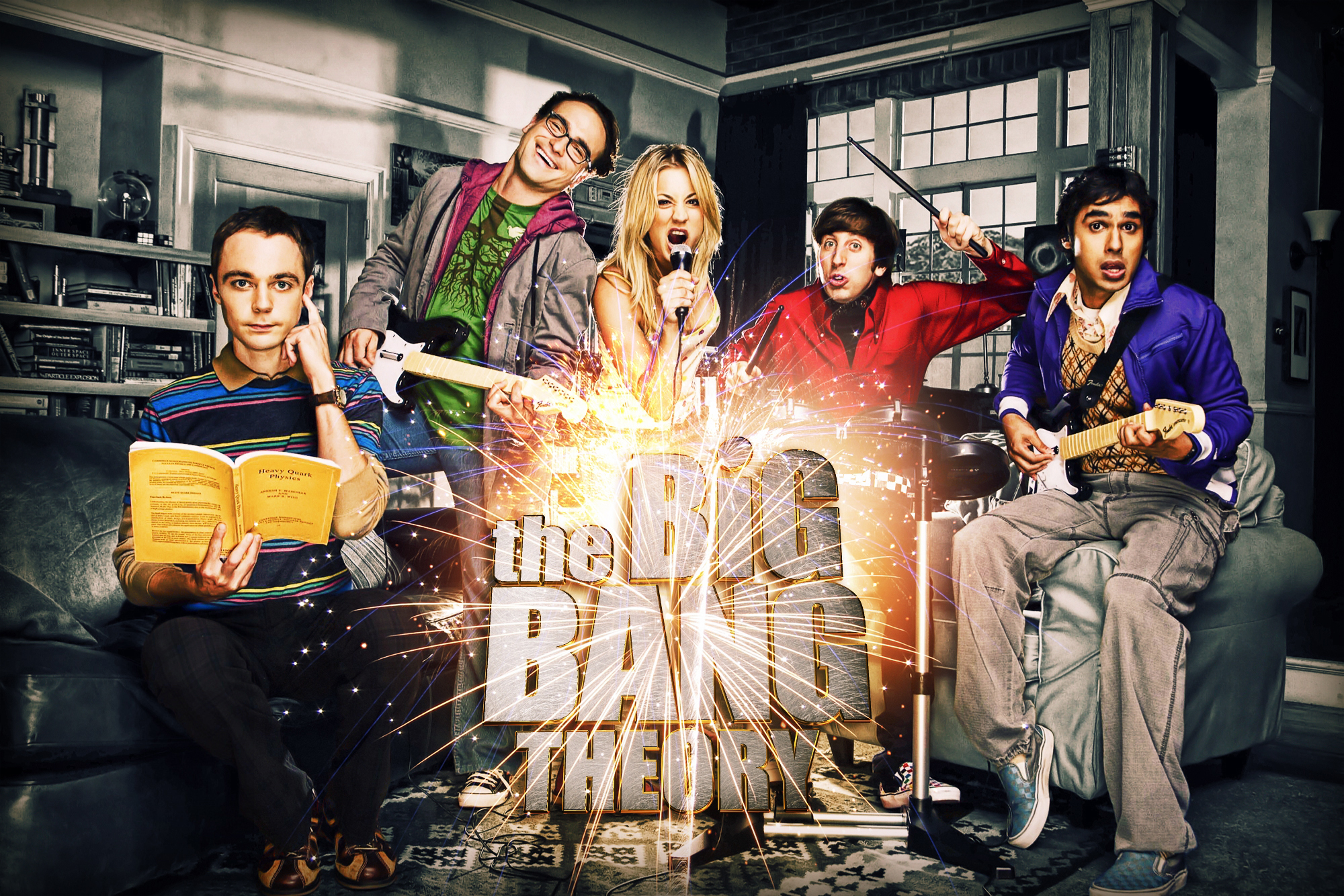 Firstly, part of the reason I think The Big Bang Theory attracts the vitriol that it does is that it portrays geek culture – the very culture you and I move in. So when a show claims to be a celebration of our culture, it’s only natural that our eyebrows will raise sharply. And then damn near fly off our brows when we see that this celebration of geek culture is one of the most popular TV shows of all time. Because if geeks are one thing, it is NOT popular. Unless you’re Edgar Wright and paid great money to indulge your geek fantasies by making excellent movies, you as a geek will likely have taken much abuse, flak, and shunning. You’ll have sacrificed popularity, social circles and perhaps intimate contact with other people in order to indulge your love of Warhammer, or comic books, or in my case Sonic the Hedgehog and low-budget 80s action movies. The only time 20 million people would want to watch you is when a video of you being humiliated by the sports team jocks has gone viral on Youtube.

So let’s bring in the case for the prosecution: https://bigbangmistakes.tumblr.com/whydoesitsuck. This site brings together the main key arguments that you’ll find many fellow critics and angry nerds spouting off about on other sites such as Reddit or 4Chan. So thank you, anonymous person (I’d take your opinions a little more seriously if you put them to a face and a name) for compiling them all together into one case file.

1. You find the nerds’ awkwardness funny because you can side with Penny’s normalness. 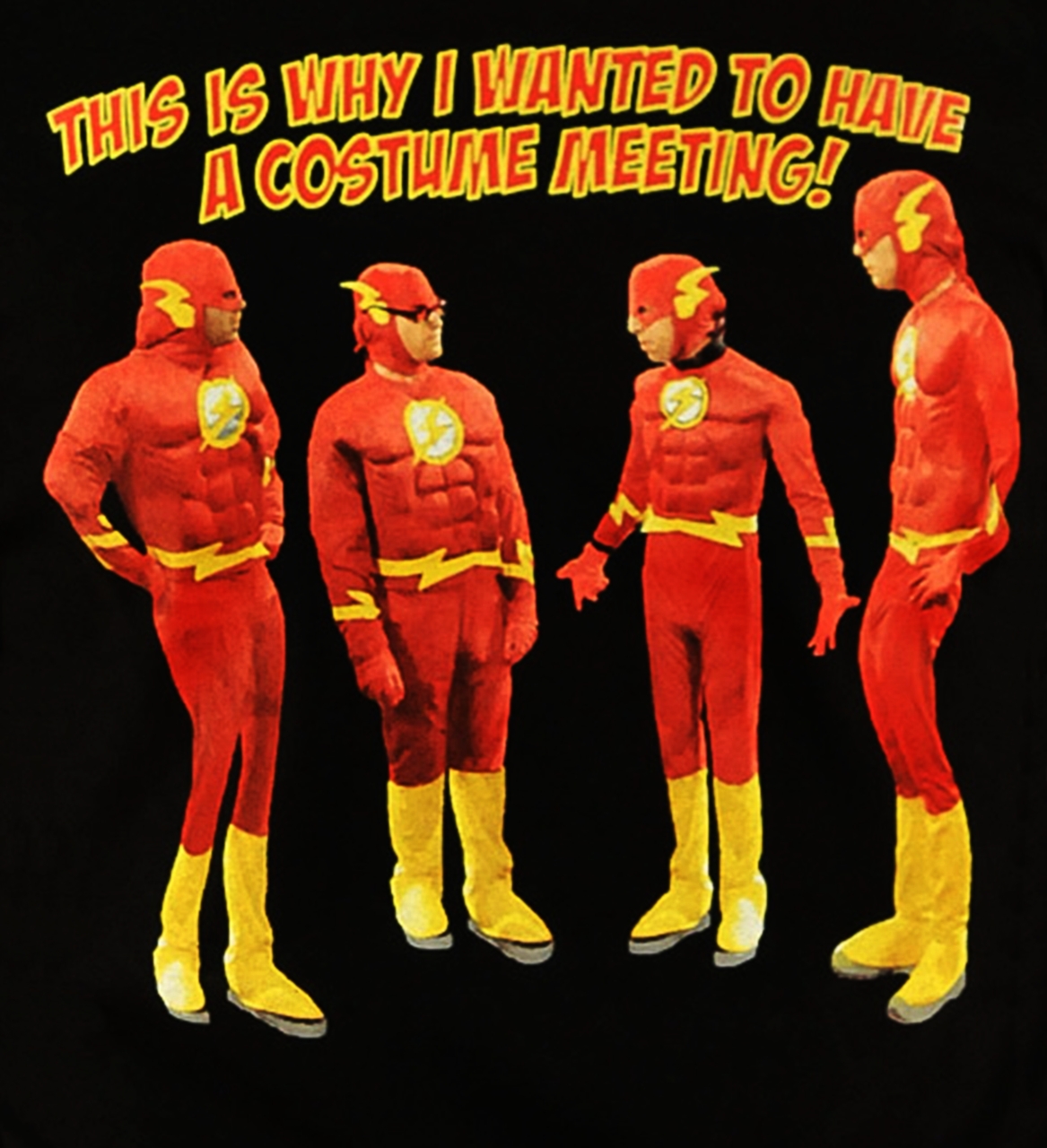 Yes and no. Yes because indeed, I do find myself laughing when Penny looks on blankly as Sheldon rambles on for the zillionth time about Issue 7605 of The Green Lantern’s Grandad in the 2nd rebooted continuity, but not entirely because I am, as the site suggests, ‘normal’ like Penny is ‘normal’. No, where humour comes for me is partially cringeworthy chuckles based on the fact that I know I’ve come across like Sheldon when talking to non-geek folks. I’ve seen the glazed over eyes and cutting put-downs. I’ve felt the realisation of just how much of a berk I must’ve looked like. So for me such humour works on both sides of the fence. Geeks take pride on not conforming to norms of society, so it’s hardly fair to suddenly get offended when the rest of society pokes fun at that.

Also there are other issues here – namely that the only reason people derive humorr from the show is because they get to laugh at nerds from their sofa, using Penny as the audience surrogate character. Not true. How many times is Penny the butt of jokes for being a bit dumb, blonde and promiscuous with male partners? It works both ways. The point being that she isn’t held up by the show as normal and perfect compared to these socially incompetent freakazoids. Every character on the show is a target for humor.

2. Big words that you don’t understand.

Clearly the only people who could like this tosh are uneducated morons who laugh at their own stupidity right? Not really a valid argument. So moving on…

3. The laugh track tricks you into thinking bad jokes are funny.

Once again someone blunders into the trap of thinking The Big Bang Theory uses a laugh track. The site even links to the much-viewed Youtube video that says LOOK IF YOU TAKE OUT THE LAUGHS IT LOOKS STUPID AND NOT FUNNY!1!!!1!

Let’s get this clear: there’s no laugh track used on the Big Bang Theory. It’s filmed in front of a live studio audience. When you’ve finished watching that ridiculous video, search for outtakes reels from the show, and notice the LIVE STUDIO AUDIENCE laughing at their mistakes. A friend of mine did point out that it’s likely that the studio audience are cued to laugh, so even if a joke does bomb there’s still a brief ripple of chuckles. So you can say TBBT coerces it’s studio audience into reacting at pre-determined moments. But this is established convention for TV recording – when I went to a recording of Top Gear recently, at several moments we had to fake a round of applause to ensure continuity between studio segment shots. And please, don’t patronize me by saying that I will only laugh if I hear someone else laughing. I’ve sat through entire episodes of New Girl completely unmoved. Also FYI – if a show is recorded in front of a studio audience, the actors pause to allow the audience to stop laughing before they continue delivering their lines. So therefore editing out the laughs will of course cause an unnatural pause. Trying to use this as proof of a TV show not being funny is flawed – by this logic even Blackadder isn’t funny.

Apparently this is the main reason that many women list as to why they don’t watch Big Bang Theory. And as much as my jaw drops every time Penny walks into scene in a low-cut top, I do think there’s a point here, and the show’s writers partially admitted this when they dropped the excellent Leslie Winkle character, confessing that ‘they didn’t know how to write for her’. This partially shows in the other female characters we have left, which occasionally play to lazy stereotypes, particularly Penny = ditsy dumb blonde with a penchant for handbags and sleeping around. But before we go full feminist crusader, let’s spin it around the other way – are the male characters playing to stereotypes? Sheldon has basically mutated into one long caricature of the obsessive compulsive nerd with more than a passing bout of autism, for example. The point is, television and film use stereotypes as a shorthand – they enable the viewers to make a connection more easily with the character if they recognize familiar traits (yes I paid attention in A-level Media Studies). Still, on this one I do agree – it would be nice to see Winkle’s rapier wit and ‘refreshing take on the female nerd’ return, especially when geek culture as a whole is under fire for it’s generally poor representation of female characters across the board.

5. There are better nerd shows.

The ‘better nerd shows’ the author cites are the IT Crowd and Futurama, and although I’m a massive fan of the IT Crowd – I even have a t-shirt depicting the IT Crowd main characters as cover art to a SNES videogame – I’m not entirely sure what constitutes a better ‘nerd’ show though? FWIW I do prefer IT Crowd over Big Bang Theory, if only for it’s more quirky off-the-wall humor.

6. Catchphrases are NOT comedy. 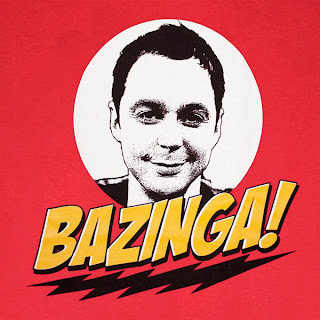 Except that they are. ‘D’oh!’, ‘Giggity!’, ‘I’ll be back’, ‘I pity the fool!’, and indeed, ‘Bazinga’. Even the mighty James Bond uses zingers and catchphrases.

7. TBBT is what Hollywood thinks nerds are. Real nerds don’t talk about science all day.

Yes and no again. Yes, of course real nerds aren’t entirely like this. But then again, when has film and TV portrayed a culture completely, 100%, right-down-to-every-minute-detail correctly? Answer? None. Never. Nada. We’re in the entertainment industry here folks, and let’s be honest, if Big Bang Theory went for the realistic portrayal of a nerd, no-one would watch it. Because what’s funny about seeing someone posting memes on 4Chan all night in between bouts of killing n00bs on Call of Duty? And the fact that I watch Big Bang Theory and many times laugh ‘with’ the nerd characters rather than directly ‘at’ them would tell me that the writers haven’t done a bad job – I can recognize familiar traits from either myself or folks I’ve known, in the same way I laugh and cringe at the Inbetweeners because of it’s parallels with my own and other people’s school lives. The characters are not 100% realistic but they are believable, and I can invest in them to some extent – a damn sight more so than in New Girl anyway.

Ultimately all of this is fruitless, as we’re talking about opinions here, and opinions are a quest between right and wrong. FWIW, I do think The Big Bang Theory is very funny. Deserving of it’s place upon the high plinth of popularity? That’s up to you to decide. And if you don’t like it, is it worth getting so enraged that you go to such lengths as to build an entire website dedicated to debunking it’s popularity and trying (and failing) to convince 20 million people that actually they’re all idiots for liking this rubbish? Probably not. Geek culture will continue to be celebrated, the world will still turn, and I will still buy nerdy T-shirts. Bazinga. Or something.