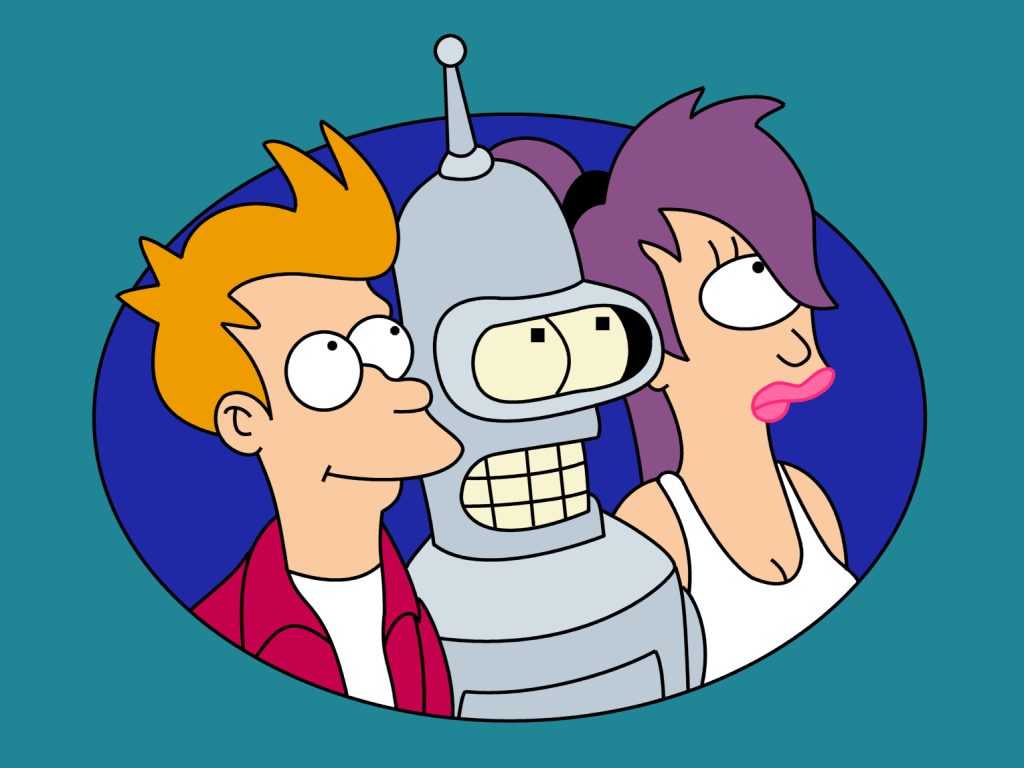 Animated shows have a subjective hierarchy. When Fox lines up hours of television dedicated to “Animation Domination” (including some, shockingly not created by Seth MacFarlane), choices for cartoon chuckles are numerous. But how do you rate the big names? Are you a South Park supporter, or do you prefer probably-past-its-prime Family Guy?

Futurama: The End Of An Era

In the cartoon stakes, I plump for Futurama. True, it’s never been a big-hitter when measured against the giants, but it’s certainly been the most consistent, and a mile ahead of some others. But it’s not been easy; after five initial seasons, it was unceremoniously cancelled by the combine-harvester that is the Fox commissioning department (we miss you, Firefly), but managed to make four direct-to-television movies.

Thankfully picked up by Comedy Central, it started getting really good. Futurama on Fox laid the groundwork of the universe, establishing what was in the sewers of New New York, and way out outer space. The stretch it enjoyed on Comedy Central allowed it to stretch its legs and have some fun.

But now we are on the home stretch again; Comedy Central has declined to renew Futurama for another series, so the half-season currently being aired will be it’s last. It’s a real shame; on CC the series started showing its potential.

It’s exceedingly clever: according to David X Cohen (co-creator) on Reddit, the writing staff hold PhD’s in Applied Maths, Physics and Computer Science between them to name a few. They created a math theorem to solve the conundrum in the body-switching episode. The last Family Guy episode I watched featured Peter converting to Islam and joining a group of misogynistic terrorists. Come on guys, it’s 2013. We deserve more from our programming.

I also don’t think there’s greater characterization anywhere else. Aside from satirizing everything from Star Trek (the indefatigable Zapp Brannigan) to the Twilight Zone (“The Scary Door”), we have a range of characters who embody everything pathetic (Zoidberg) to everything hedonistic (Bender).

It dreams big. The tonal shifts never feel forced; you can believe the characters are dealing with delivering blunt ribbon-cutting scissors one moment, to witnessing the “Big Crunch/Big Bounce” of the entire universe the next. There are as many laughs as there are profound thinking points when Professor Farnsworth accidentally recreates the process of evolution with robots – the episodes have enough brains and brawn combined to put other shows to shame.

Despite being ostensibly a comedy, Futurama does emotional drama, capturing the inner workings of love, loss, and nostalgia far better than its peers. Whether it’s Fry’s symphony, or the episode with the dog (you know which one I’m talking about), it knows how to do heartbreak..

The candle that burns half as long burns twice as bright; Futurama‘s (second) death means they avoid slipping into the paint-by-numbers monotony that grinds The Simpsons ever-onward. It’s tragic, yes, but the truth is, it suncertain future gave Futurama the edge, allowed it to break the mold. I will miss it, but I am glad I got to see it.