Tales of an Average Online Gamer Part 2: How to Avoid Ragequits 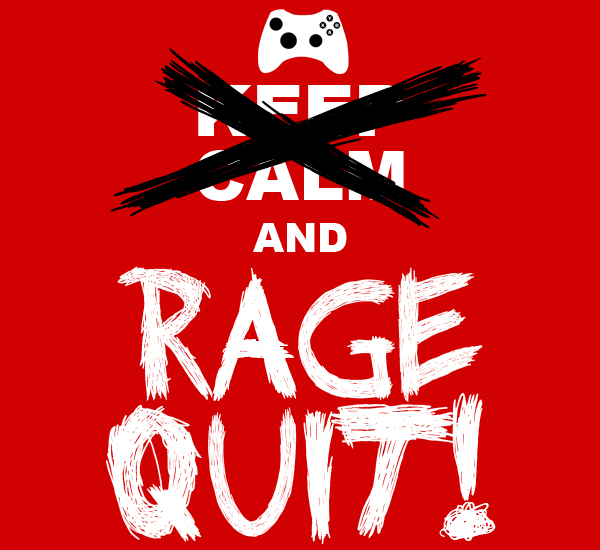 Last week, I passed on my top tips for how to start out as an online gamer and survive the dreaded world of being a n00b – a treacherous world of death, crashes and failure. A world where it’s very easy to be driven to such foamy-mouthed anger that expensive keyboards and mice can go flying in a maelstrom of carnage known as the dreaded ‘ragequit’. I should know – I’ve spent far too much money replacing broken mice and keyboards with keys scattered to the four winds. I would wager that I’m not the only one. For a while I was reduced to having Asda budget equipment, safe in the knowledge it would last about five minutes into my next session on Counter-Strike.

Eventually though I got bored of traipsing to the local convenience store in shame and decided to reform. So hello, I am Adam Johnson, and I have checked in to Rage-quitters Anonymous. This article will help you to do the same thing and actually enjoy playing online games – which let’s face it, is kinda the point of gaming right? No one has actually checked in to a server lobby with the express aim of emulating the Angry German Kid.

Trouble is though, it can be difficult to avoid spontaneous bouts of keyboard-smashing. As I said last week, getting shot in the head twenty million times in about twenty seconds is not fun. Unless you’re an extreme masochist. Unfortunately, that’s something that occurs all too often when you start out as a gamer – and actually it still happens for average gamers like me despite many hours of playtime. Last week, I mentioned that some games give you the option to play on servers matched more to your skill level, and I would recommend this instantly if you have the chance; or at least realize when you’re out of your depth.

Take my first ever online race; I’d even gone to the trouble of joining a league (more on those later) and jumped straight into a NASCAR Heat race bold and brash. Except I was racing the fastest, most difficult cars anyone had modded into NASCAR Heat (1000bhp Group C cars). Up against people with Logitech G-Attack-Force steering wheels who had spent weeks meticulously practicing and honing their setups. I turn up with no track practice, using a keyboard. To say I was out of my depth is an understatement. In a 50-lap race, I was lapped 12 times. The only reason I got a mention in the post-race report was because a) I was dawdling around so slowly I ruined the leader’s race by holding him up and b) the 4th place driver crashed into me when I got in his way and had to retire. The league stopped short of telling me to shove off and never darken their servers again, but they did tell me it might be best if I dropped down, started at the bottom of the racing ladder, and got myself some better equipment. So my next race was in 150bhp Hondas with a steering wheel, where I fared much better. So first top tip – know when you’re out of your depth. 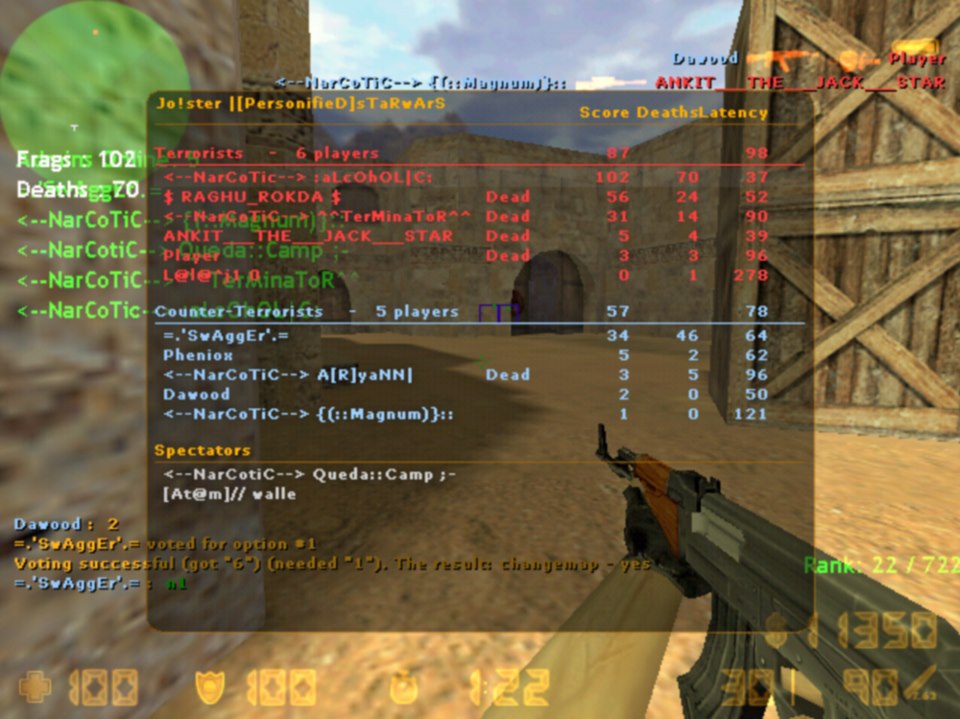 This leads me to my next top tip – learn how to spot players significantly better than you. The kind of players who have devoted their lives to achieving mastery over their chosen online realm. Whose hands have formed in the shape of a mouse and the arrow keys. The kind of people who’s usernames are full of colours, weird symbols and acronyms that turn out to be the names of clans called things like ‘Dark Death Anonymous’ or ‘EagleDeathWingCrew’ or something. Actually I don’t know what they’re called as I’ve never been part of an online shooter clan. All I know is that if you see a player’s username full of symbols that makes no sense, he’s probably about to pop out from round the corner, kill you, and pop back into cover before you even know he’s there. Sometimes, I’ve wandered around a corner, seen a guy with a username %D5AT5SCR53M^&/###KBRTC__ or something, ducked back into cover – AND STILL BEEN SHOT BY HIM. I can only speculate that these people have played Counter-Strike for so long, they can somehow control their bullets with their mind.

The only people more annoying to play against online are the tiresome sods who just cheat. I’m not talking about people using wallhacks or aimbots – both things that sound like rejected James Bond gadgets. I’m talking about the kind of sad gits who stand behind you and kill you within seconds of you re-spawning, or blatantly cut corners and smash you off into the gravel on the final lap of a race. If you then call a vote to kick such wastes of breath off the server and they respond by just laughing at you, you know you’re on the wrong server. Do not try and be the vanguard of fair play, because trolls do not respond to reason; just get out and play somewhere full of people who do not need to take extreme pleasure in being as annoying as possible.

I mentioned earlier about joining a league or forum, and in some cases that’s a pretty good idea – especially with online racing. Because, after that embarrassing debut, I knuckled down and regularly chatted on the forum in question, asking for advice about setups, what steering wheel to use, and how to not fall off at every corner. I wouldn’t say I’ve become the virtual Ayrton Senna, but I’m at least able to keep up nowadays. And, believe it or not, you make friends – the guys I have met on my online racing adventures are proof positive that not all online gamers are lonely, sweaty geeks. Some are, of course. But many are normal folks like you or I, whom you can have normal conversations with. Many are fans of real motorsport who, like myself, don’t have the money or talent to make it in the real world, so live out their fantasies online. Not those kind of fantasies, you dirty-minded reader. So you meet new people, you improve your skills, and have a bucketload of fun. It’s almost like going outside and having a real social life!

So it is possible to have fun online gaming – but it’s easy to forget that that’s the whole point of it at the end of the day. There’s no point wasting your time breaking keyboards and gnashing your teeth playing against people far superior and far sadder than you. So I hope you take this sage advice and kick your ragequit habit, and I’ll see you all next week for more Tales of an Average Online Gamer!