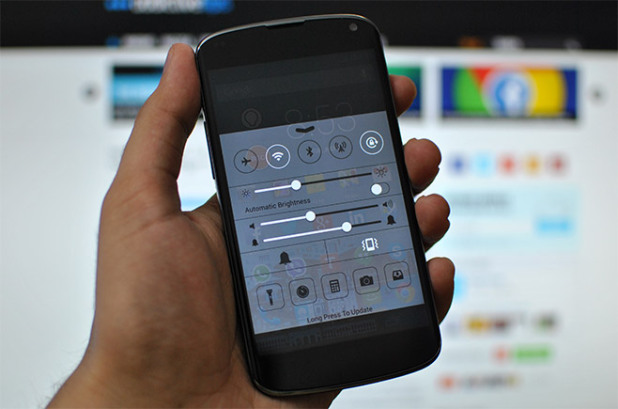 A new Android app has hit the Play Store – one that brings iOS 7’s new Control Center to your Android device. And it’s free.

There are ways to replicate many aspects of the iOS 7 experience on an Android device (using Nova Launcher for example). But this app, called ‘Control Center’, brings you just what it has been named. In the biggest ever overhaul of the iOS since it was launched, Apple introduced the ‘Control Center’ – a tab that you can access by swiping from bottom to up on your iOS device.

The Control Center allows you access to the most frequently used toggles – Wi-Fi, Bluetooth, Airplane Mode, Orientation Lock, Volume controls, brightness etc. It is similar to the ‘Quick Settings’ we see in the notification menu in Android. So unless you want to try out something new and different, you could steer away from this app.

Here’s the list of the features Control Center offers:

– Support above function in lock screen

Not surprisingly, this isn’t the only app on the Play Store to be offering this functionality. But it is definitely the most popular. At the time of writing, it had over 10,000+ installs, with an average rating of 3.7 from 760 users. The other app pale in comparisons, with just over 1,000+ downloads.