‘The Sword of Summer’ Sneak Peek Is Intriguing and Exciting 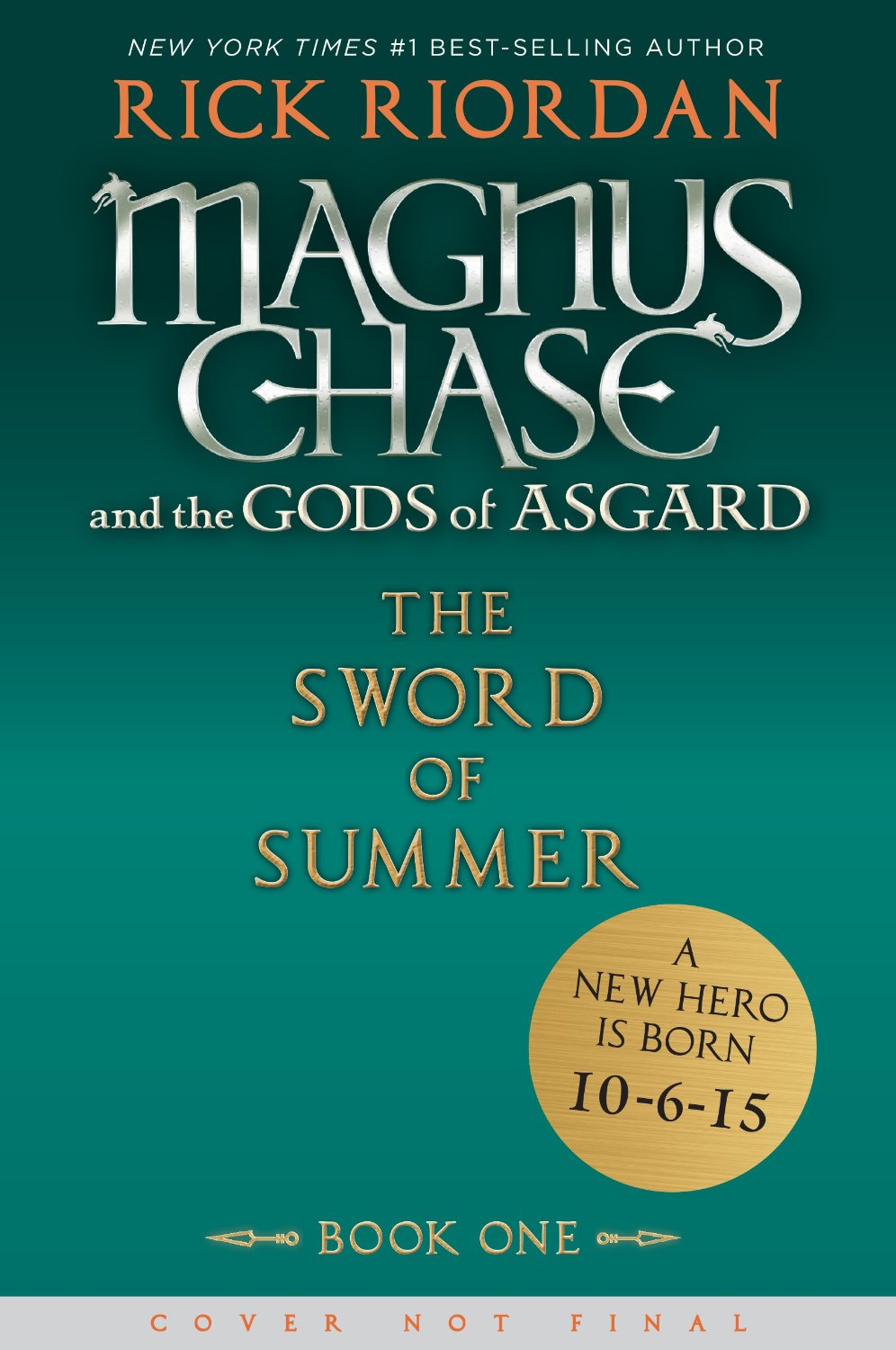 You know you’re reading a Rick Riordan novel when the title of the first chapter is in-your-face strange and deliberately baffling. In this case, the first book of the Magnus Chase and the Gods of Asgard series begins with a chapter titled simply “Hello! You’re Going to Die!” Who wouldn’t want to find out what happens with a chapter name like that? The novel then begins with the narrator breaking the fourth wall, the method Riordan likes to use to make the story more personal and real for the reader. The narrator directly addresses the reader with comments along the lines of “I didn’t choose this life” or “this awesome-sounding thing is not actually awesome.” It’s been done, but it still works. It’s a heavily-bated hook. Good work, Rick.

An All-New Adventure With Familiar Elements

The name of our new character is Magnus Chase. He’s a sixteen year-old Norse demigod. We know from the get-go, based on his last name, that he is related to Annabeth from the Percy Jackson and the Olympians and Heroes of Olympus series. He’s homeless because his mother was killed, which means his father is his godly parent. Riordan always does like his teenage characters to start from humble origins, probably to emphasize the godliness of their heritages and the power they have in spite of their seeming ordinariness.

Riordan is quick to create the setting and background necessary for the plot to begin. But of course, it’s only just enough to get us interested and to leave us wanting more. Magnus lives in the middle of Downtown Boston, and it’s midwinter. He describes the trees as looking like they’ve been dipped in glass, which is an accurate, modern, concise metaphor of the kind that Riordan likes to use. It helps set up the tense atmosphere of the situation (i.e. glass breaks easily). We also get details of Magnus’ past life: his mom was killed two years ago, and he’s been alone ever since. He has two homeless sort-of guardians who exhibit strange behaviors like not liking the sun–like a vampire, Magnus says–and disappearing suddenly, like a ninja. I can almost guarantee based on their strange descriptions that these characters, named Blitz and Hearth, will come back later on in the novel.

Magnus is Annabeth Chase’s cousin, and he used to play with her when he was a little kid before she ran away. We also find out that Annabeth and Magnus have a mysterious, potentially dangerous uncle named Randolph. Frederick (Annabeth’s dad) doesn’t like Randolph, but Randolph wants something, quite possibly something bad. He certainly has information that Magnus needs, like the fact that he’s a demigod.

Magnus has acquired street smarts from being homeless, a fact made clear to the reader from the beginning. He knows how to hide from officials, blend in among crowds, steal, get into places, and survive in general. He is a careful, analytical thinker with self-control, and knows it’s bad that someone is looking specifically for him. Like Annabeth, he will not rush headlong into something he knows nothing about, and he doesn’t trust people easily. All of this is set up in the first few pages so that we know what to expect from his decisions and his approach of uncertain situations.

The reader is also introduced in the first pages to glimpses of Norse mythology. Nothing substantial, but hints, teasers, like wolf-headed gates, dark elves, giants, and a pair of glowing blue eyes responsible for Magnus’ mother’s death. The chapter title tells the reader that Magnus is going to die near the beginning and end up somewhere else. My guess is that that “somewhere else” is going to be either Valhalla or Asgard. The brief summary on the book’s Amazon page tells us that Magnus’ mission will be to prevent Ragnarok, the Norse Doomsday, and help the Norse gods as they go to war.

The novel itself is going to be long and likely filled to the brim with Norse mythology references made modern. We’ll probably meet popular gods like Thor, Odin, and Loki. Magnus will go on a quest of some sort through the Nine Realms, most likely to find the titular “Sword of Summer,” which is probably going to be quite elusive and heavily-guarded. Also, Annabeth will likely be involved to some extent, as it appears that Riordan is growing increasingly fond of character and mythological world crossovers in his novels’ universe.

This sneak peak of Rick Riordan’s first Magnus Chase and the Gods of Asgard book has set the standard high. I think we’re going to be in for a treat when the The Sword of Summer comes out this October.

The iTunes 99 Cent Movie Rental Of The Week: ‘Love, Rosie’

Top 7 Games That Need to Make a Comeback