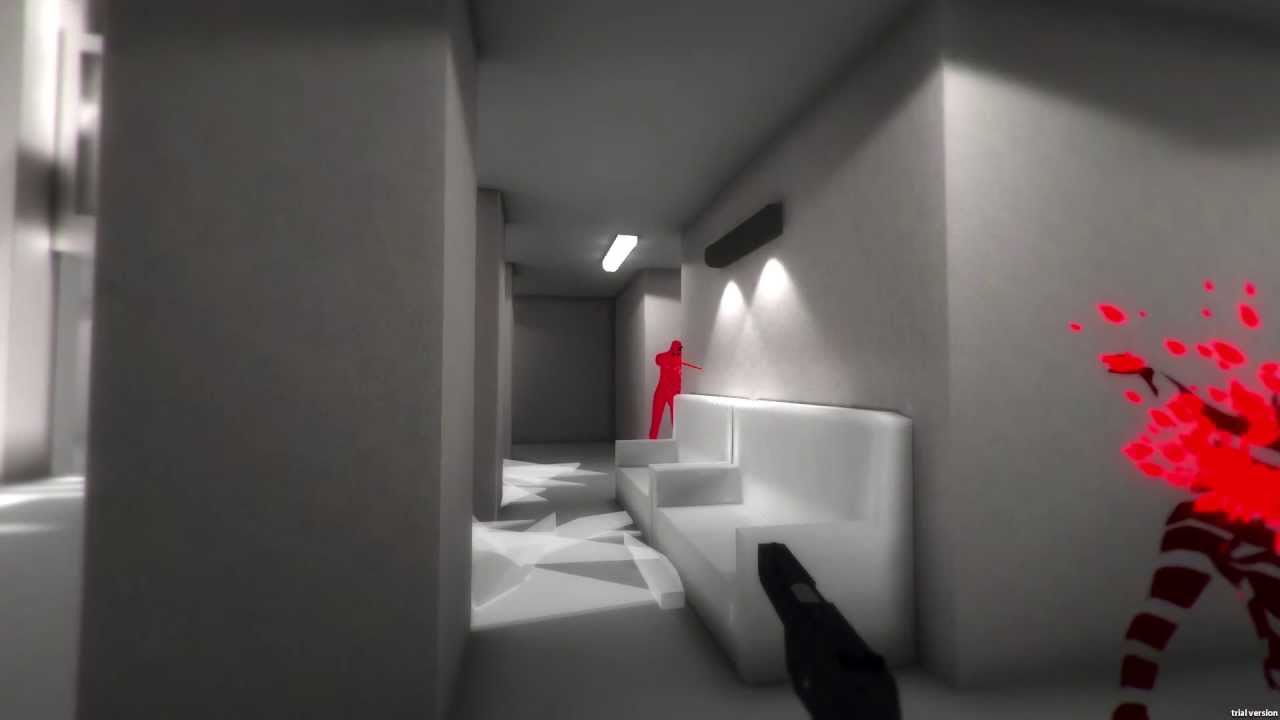 This minimalistic shooting game may change the way that the gaming industry thinks about first person shooters. This game marries the excitement and action of a first person shooter with thought skills of a strategy game. The main distinguishing feature of the game is that time only moves as the player moves. This slow-motion action is like Call of Duty meets The Matrix.

The main objective of the game is similar to that of every other first person shooter: kill or be killed. But because of the unique use of time, the tactics of the game are very different. Players need to determine how to fire and take cover while utilizing control over time. While the player holds still, nothing moves except for bullets, which travel in extremely slow motion. The main complication is figuring out how to fire bullets that will catch the enemies, and where to move to avoid the oncoming bullets that have already been fired. This is definitely not a spray and pray game. With the addition of the full length game, the developers say they plan include other weapons that need to be avoided in other ways, as well as mines and other explosives that can harm the player.

As yet, the story in the web version is virtually non-existent. The player is thrust into an office setting and where everyone is firing at him. Each currently available level is small and simple, as are the graphics. White, black, and red are the only colors currently employed in the design, giving the game an abstract atmosphere. The game play also includes a lot of spattering, glowing gore, which adds to the surreal feel. According to Gamesutra, the name stems from the fact that the words “super” and “hot” are positive on their own, and make for a memorable mantra within the game.

Superhot was created by Blue Brick, who put together a small team of programmers for a week long FPS development challenge. The team continued with their project, and was awarded with an honorable mention at this year’s Independent Game Festival Awards. Superhot is currently available only as a short browser demo, but is currently being developed into a full-length game about the length of Portal. The game was processed extremely quickly through Steam Greenlight, and cccording to the game’s Twitter account, the full release date will hopefully be this year.