Who is excited about Mary and the Witch’s Flower? We sure are! The debut film by the new animation studio Studio Ponoc gives off some serious Studio Ghibli vibes, and there’s a reason for that. The reason is that the two founders of the studio are Ghibli natives! Producers Yoshiaki Nishimura and Hiromasa Yonebayashi worked with Studio Ghibli for years and wanted to bring the magic of its earlier films back to life through a new studio now that Studio Ghibli is slowing down by not making feature films and due to the founders’ looming retirement. 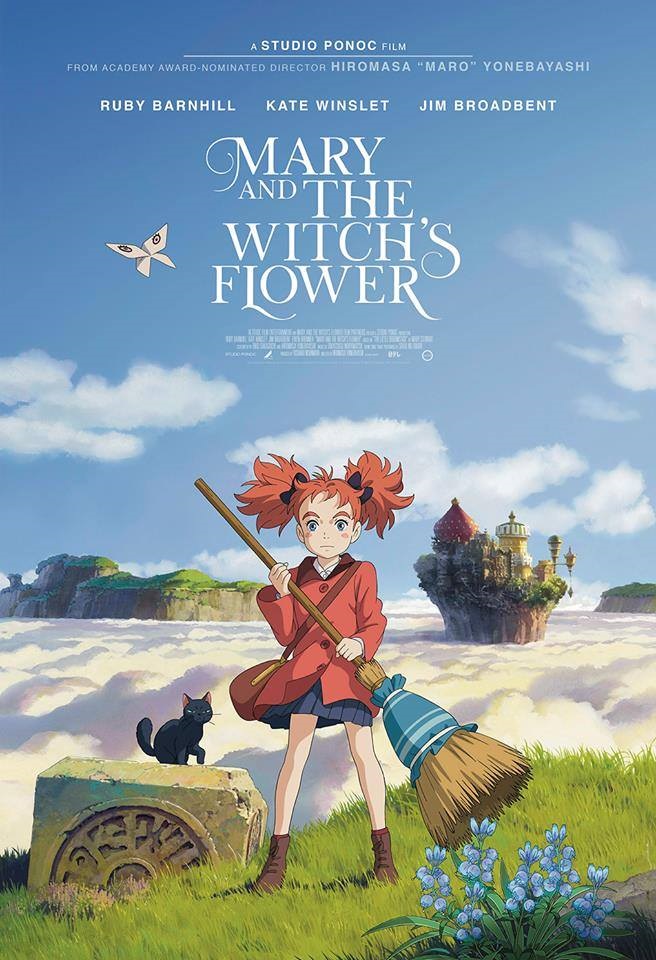 However, there are talks of Studio Ghibli’s Hayao Miyazaki making one more feature-length film, which he is dedicating to his grandson so he can leave behind a film for him when Miyazaki passes on (cue tears).

Since time is moving rapidly and Nishimura and Yonebayashi wanted to make their mark and start-up the studio that would bring more magic for years to come to Ghibli fans, Studio Ponoc was created and their first film began to be created.

The studio’s founders had an interview with The Verge, where Yoshiaki Nishimura explained more about how Studio Ponoc branched off from Studio Ghibli and in what direction Studio Ponoc is and will be going in:

YN: There were certain things we could and could not do at Studio Ghibli. Basically, all the projects were decided on by the two founding directors, Isao Takahata and Hayao Miyazaki. They developed projects, then assigned them to the staff. I wasn’t dissatisfied with that, or with working at the studio. But now that we are on our own, we have to start projects from zero, from the start. It gives us a chance to really work on things from the ground level.

In terms of the kinds of stories that were being made at Studio Ghibli toward the end — the two directors were already getting along in years. Miyazaki has turned 76, and Takahata just turned 82. So there, a lot of the stories toward the end were stories of parting. Tale of the Princess Kaguya and The Wind Rises reflected the directors’ stage in life, dealing with issues of life and death. Those stories resolve in parting. When they were younger, in their 30s and 40s, they handled different types of topics — lively encounters of people meeting.

So with this picture, director Yonebayashi and I wanted to veer away from these themes of parting, which I handled as a producer for The Tale of the Princess Kaguya and Marnie, and he had directed with The Secret World of Arriety and When Marnie Was There. We’re at the same age when Miyazaki and Takahata first started off, and now that we are parents of small children, we want to have that kind of active starting-off, people-meeting-up kind of story.

Now, viewers everywhere will get to share in the whimsical delight of Mary and the Witch’s Flower and the films that Studio Ponoc will bring us in the future.

The English dub of Mary and the Witch’s Flower, featuring the voice talents of Kate Winslet and Jon Broadbent, had its Los Angeles premiere on October 23, 2017. Look for it in a theater near you soon, and check out the trailer below!