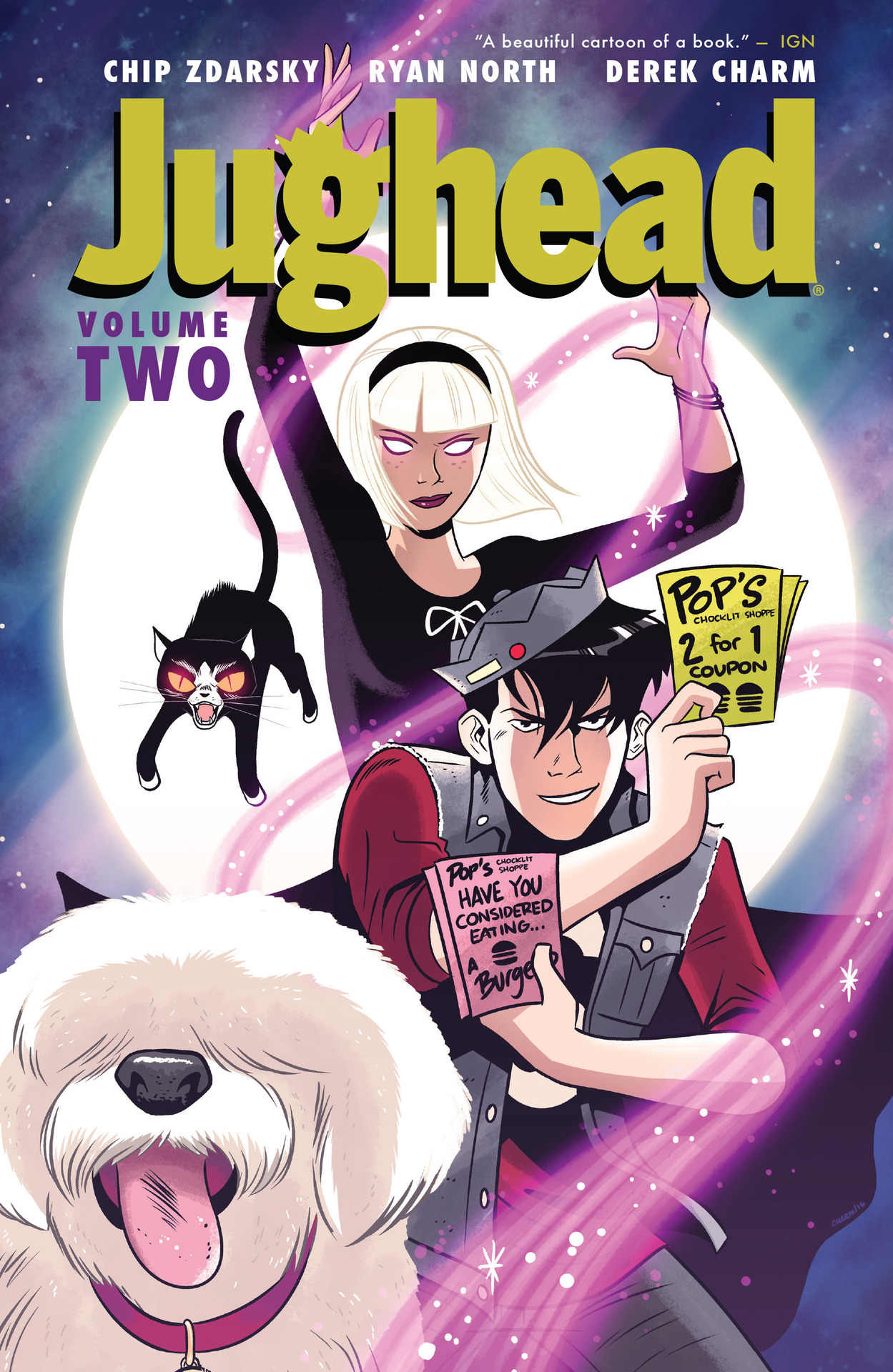 This week, I’ve chosen the second volume in Archie’s new Riverdale Jughead series. It’s a modernization of the classic character that works partly because of its familiarity with the past. The series pays reverence to some of the weirder stories like the Time Police and Archie Fairy Tales as figments of Jughead’s imagination. The stories are still plenty weird. Volume One is about a new principal trying to brainwash the students into being child soldiers.

This is a humor book, by the way.

Anyone looking for the CW’s brooding dreamboat will be disappointed. This Jughead, besides being asexual, broods not one bit. He’s snappy and smart, seeing past the trappings of the romantic comedy he lives in, ready to jump on the inherent goofiness of it. His own antics are *entirely justifiable* of course. 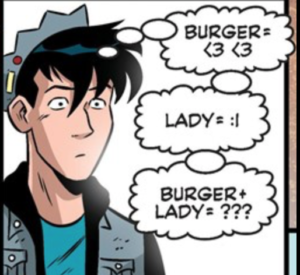 The volume has two stories, the first written by Chip Zdarsky (Howard the Duck, Peter Parker: The Spectacular Spider-Man), and has Jughead trying to reconnect with Archie as they’ve kinda grown apart. Archie’s girl crazy and Jughead is still Jughead. They go on a camping trip, get confronted by an army of Mantles, and get lost because of course they do. It ends all good though because you can’t break up Archie and Jughead.

Zdarsky has a strong voice that instantly makes you know it’s his writing. His sentences and dialogue are very specific. After launching the series, it’s a shame to see him leave. (His Marvel books and Sex Criminals are very good, so I’m not too disappointed).

I said before that the more fantastic stories were dreams, well turns out they were working up to them. The second story written by Ryan North (Dinosaur Comics, The Unbeatable Squirrel Girl) introduces Sabrina the Teenage Witch to “New Riverdale.” Jughead meets a girl dressed as a burger and all he wants to do is hang out with her. Turns out it’s Sabrina, holding a job.

Sabrina develops a crush on Jughead and still thinking she’s not a giant burger, Jughead agrees to go on a date with her. It goes poorly and she decides to get her witchy revenge on him, which backfires because this book is all about hijinks.

North’s writing is similar enough to Zdarsky’s to not be a glaring change. If you’re a fan of his, you can instantly tell that he’s on the book now. His characteristic “bottom of the page text” is both funny and informative. North is delightful and if you haven’t read his work, you’re missing out.

Artist Derek Charm (Star Wars Adventures, Powerpuff Girls) is the connective tissue between the two stories in this volume. He is a gift. Really, he is. Look at these faces: 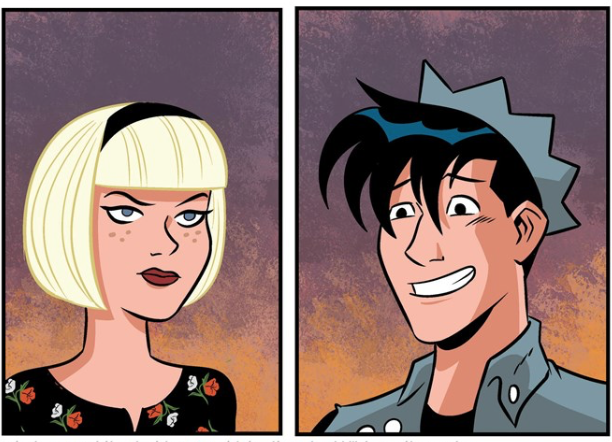 Charm is listed as “Artist,” which I’m assuming means he also did colors. Which are great. Fantasy sequences have their own palettes. Each one is distinct from the other, letting you know that you’re in a state of “unreality.” They work to not to be confused with any of the other dreams though.

There’s a flashback where we get a glimpse of Mr. Weatherbee’s past. There’s a “vintage’ yellowed look over everything and a great Jack Kirby homage in one panel.

He’s also really good at drawing clothes, which sounds like a weird thing to say, but if you read enough American comics, you realize that it’s a talent. More than drawing the fabrics, he’s also good with style. Every character is distinct (Sabrina has a really great dress) and they seem like something someone would actually wear.

Jughead is one of the best humor books out right now. If you haven’t checked it out, get on it.